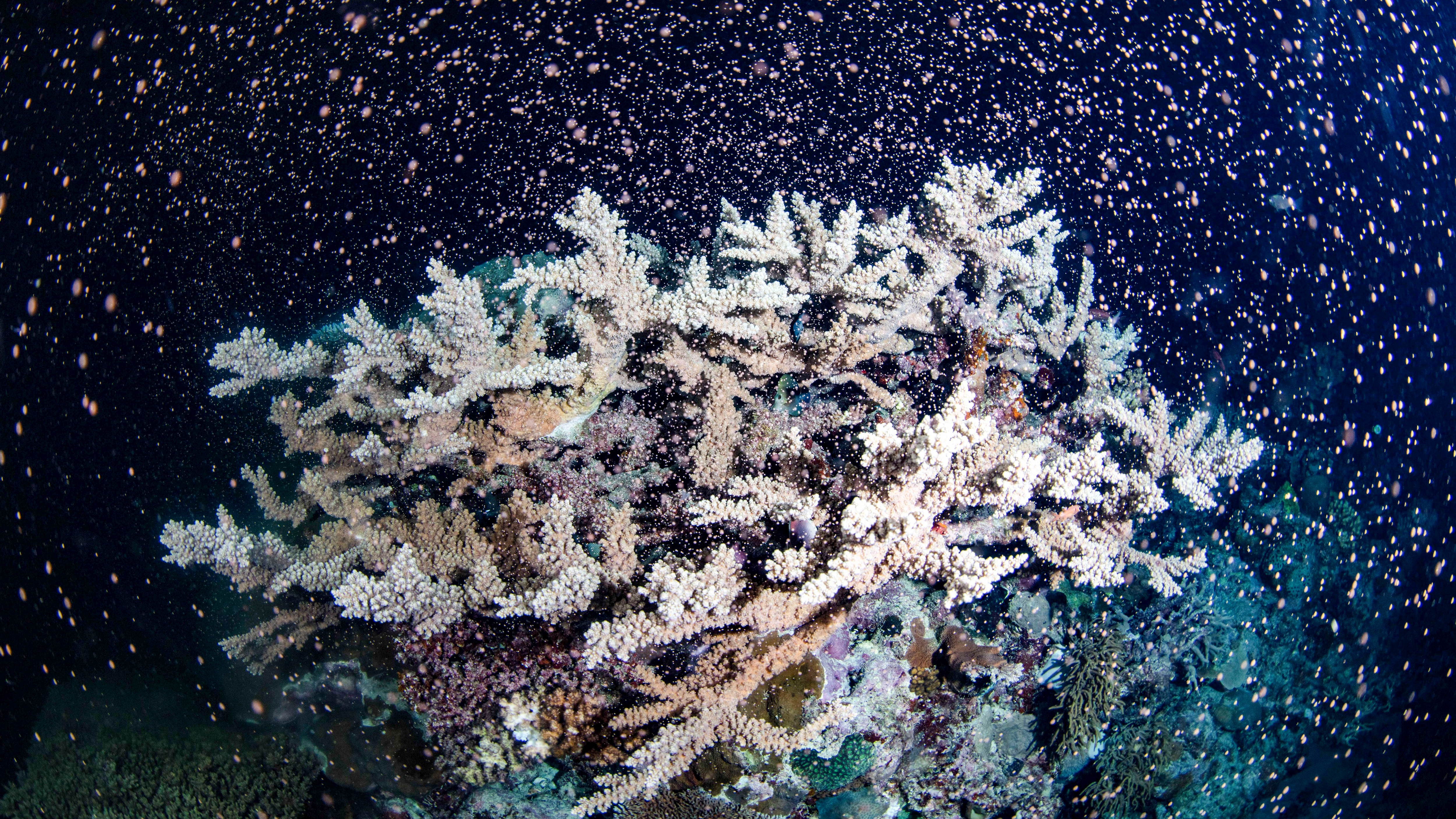 Australia’s Great Barrier Reef is spawning in a large explosion of color while one of the Wonders of the World and a World Heritage Site, he is recovering from bleaching episodes that endangered his survival.

Scientists recorded corals fertilizing billions of offspring Tuesday night by dumping sperm and eggs into the Pacific Ocean off the coastal city of Cairns, in the state of Queensland.

Gareth Phillips, a marine scientist at Reef Teach, a tourism and education company, is studying spawning as part of a project to monitor the health of the barrier.

“It is gratifying to see the coral give birth”Phillips said in a statement Wednesday. “It is a strong demonstration that its ecological functions are intact and working after a recovery phase of more than 18 months.”

“The reef has been through its own problems, like all of us, but it can still respond and that gives us hope. I think we need to focus on victories as we emerge from the pandemic, ”added Phillips.

THE DANGER OF WHITENING

Only 2% of the Great Barrier Reef in Australia remains safe from whitening that deteriorates and kills these living beings, the result of three decades of multiple extreme climate impacts.

Lead author of new research, Professor Terry Hughes from the ARC Center of Excellence for Coral Reef Studies at James Cook University said in a statement that the frequency, intensity and scale of climate extremes is changing rapidly due to global warming. , and This includes unprecedented marine heat waves that cause corals to bleach and die.

The study shows that only 2% of the Great Barrier Reef has escaped bleaching since the first event in 1998, then the world’s hottest year on record. Bleaching is a stress response from overheated corals during heat waves, where they lose their color and many struggle to survive.

“Five episodes of mass bleaching since 1998 have turned the Great Barrier Reef into a checkerboard of reefs with very different recent histories, ranging from the 2% of reefs that have escaped bleaching entirely, to the 80% that now they have been severely bleached at least once since 2016, “said Professor Hughes.

The Great Barrier Reef is made up of more than 3,000 individual reefs that stretch for 2,300 kilometers. The ecosystem supports 65,000 jobs in reef tourism. Globally, hundreds of millions of people depend on the survival of coral reefs for their livelihoods and food security.

To better predict how coral reefs will fare under future climate change, Professor Hughes calls for a better understanding of compound impacts – multiple climate-driven disturbances interacting with each other over time and space, generating effects. combined that cannot be predicted from single events alone.

“For the first time, in 2020, we saw severe bleaching along the entire length of the Reef, in parts of the north, center and especially in the southern region”said Professor Hughes.

But, he added, each bleaching event has a different geographic footprint. The northern reef was undamaged in 1998 and 2002 before being the worst affected region in 2016. The south escaped in 2016 and 2017.

Using satellite data, the study authors also measured the duration and intensity of heat stress the reef was exposed to each summer, to explain why different parts were affected in each event.

“Heat stress is a very accurate predictor of the severity of bleaching each year,” said co-author Dr. Mark Eakin, former member of the US National Oceanic and Atmospheric Administration (NOAA).

The scientists found that responses to extreme heat depended on recent history of bleaching. In 2002 and 2017, more heat was needed to achieve similar levels of whitening as in 1998 and 2016.

“To our surprise, we found that the bleaching threshold was much higher on reefs that had experienced a previous episode of heat stress,” Eakin said.

“Consequently, the most vulnerable reefs each year were the naive ones that had not recently been bleached.”

Co-author Professor Sean Connolly of the Smithsonian Tropical Research Institute said that when pairs of successive bleaching episodes were only one to three years apart, as was recently, the earlier event may have hardened the affected areas to greater impacts.

“But more frequent and severe bleaching events will only undermine the resilience of coral reef ecosystems. Corals still need time to recover before another round of heat stress in order to have babies that will disperse, settle, and reclaim the depleted parts of the reef. Action to curb climate change is crucial “, he warned.

“Ironically, the publication of our study coincides with the COP26 meeting in Glasgow,” said Professor Hughes. “A drastic reduction in greenhouse gas emissions in all countries is vital for the future of coral reefs and the hundreds of millions of people who depend on them.”

(with information from AP and EP)