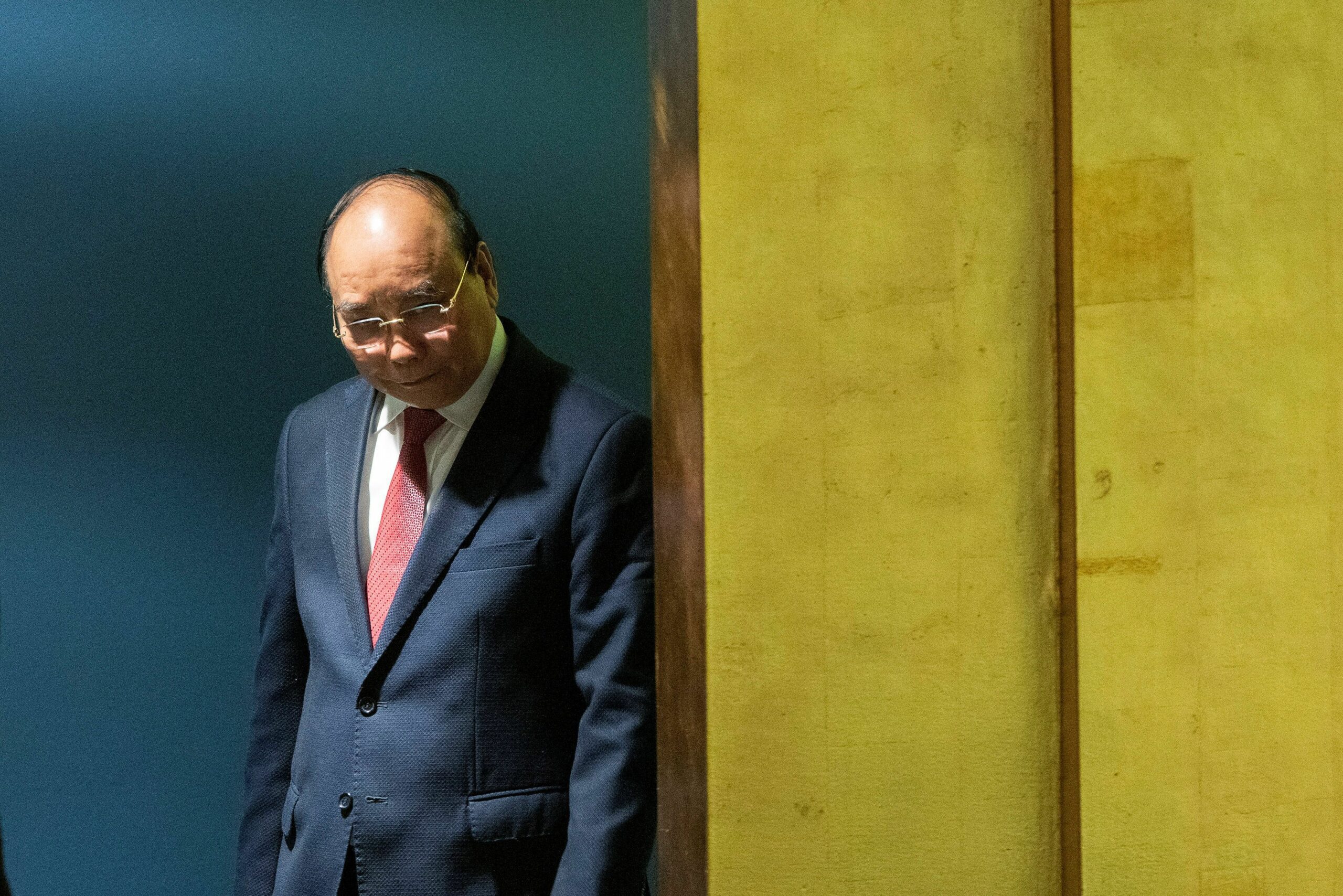 the vietnamese president Nguyen Xuan Phuc I quit this tuesday in what was the most prominent exit between members of his government in the midst of some corruption scandals in which it is being investigated. His resignation also impacts his membership in the Politburoto its place within the Committee Central and to the presidency of Advice of Security National.

In this way, Phuc became the first president to leave office before the end of his term, which had begun two years ago, after serving for five years as Prime Minister. Back then, he enjoyed great popularity for his management of the Covid-19 pandemic. An official statement published by the state press even praised his efforts during that period.

As reported by the newspaper Tuoi Trethe president submitted his resignation to the Central Committee of the Communist Party of Vietnam during a session that had been convened to “consider and give opinions regarding the wish of comrade Nguyen Xuan Phuc to step aside from his duties, stop working and retire”.

While the language used in the ad seemed to suggest that was forced to resignother media consider his departure as a way of assuming responsibility for the involvement of senior members of his cabinet in a scandal over bribes on repatriation flights during the pandemic.

This episode occurred after days of strong rumors that his resignation was already anticipated after the Departures of his closest aides: former Vice Prime Ministers Pham Minh Binh and Vu Duc Dam.

Like almost all countries -regardless of the continent-, in March 2020 Vietnam was forced to close their borders due to the advance of the coronavirus in the world and was reopened two years later, in 2022. During this period, only national or foreign workers recognized by the authorities as skilled labor could enter the country, or Vietnamese who managed to get a place in one of the 800 flights that the national authorities arranged for repatriation.

However, the difficulty of obtaining a seat on these flights prevented thousands of citizens from returning to their country for months and led to acts of corruptionsuch as those currently being investigated.

In this context, Phuc’s resignation implies that Vice President Vo Thi Anh Xuan is sworn in as the new President of the Socialist Republic of Vietnamafter an act in which it will be ratified by the National Assembly this Wednesday.

In any case, the figure of president in the country is more of a ceremonial nature. There, the most powerful position is that of General Secretary of the Communist Party which is currently occupied by Nguyen Phu Trong. Trong agreed in 2021 to an unusual re-election for a third period for another five years.

In his time in office he has promoted a intense campaign against corruptionwith special focus on former ministers and the former mayor of Hanoi, during his second term.

Why Vietnam is becoming more attractive than China for multinational companies