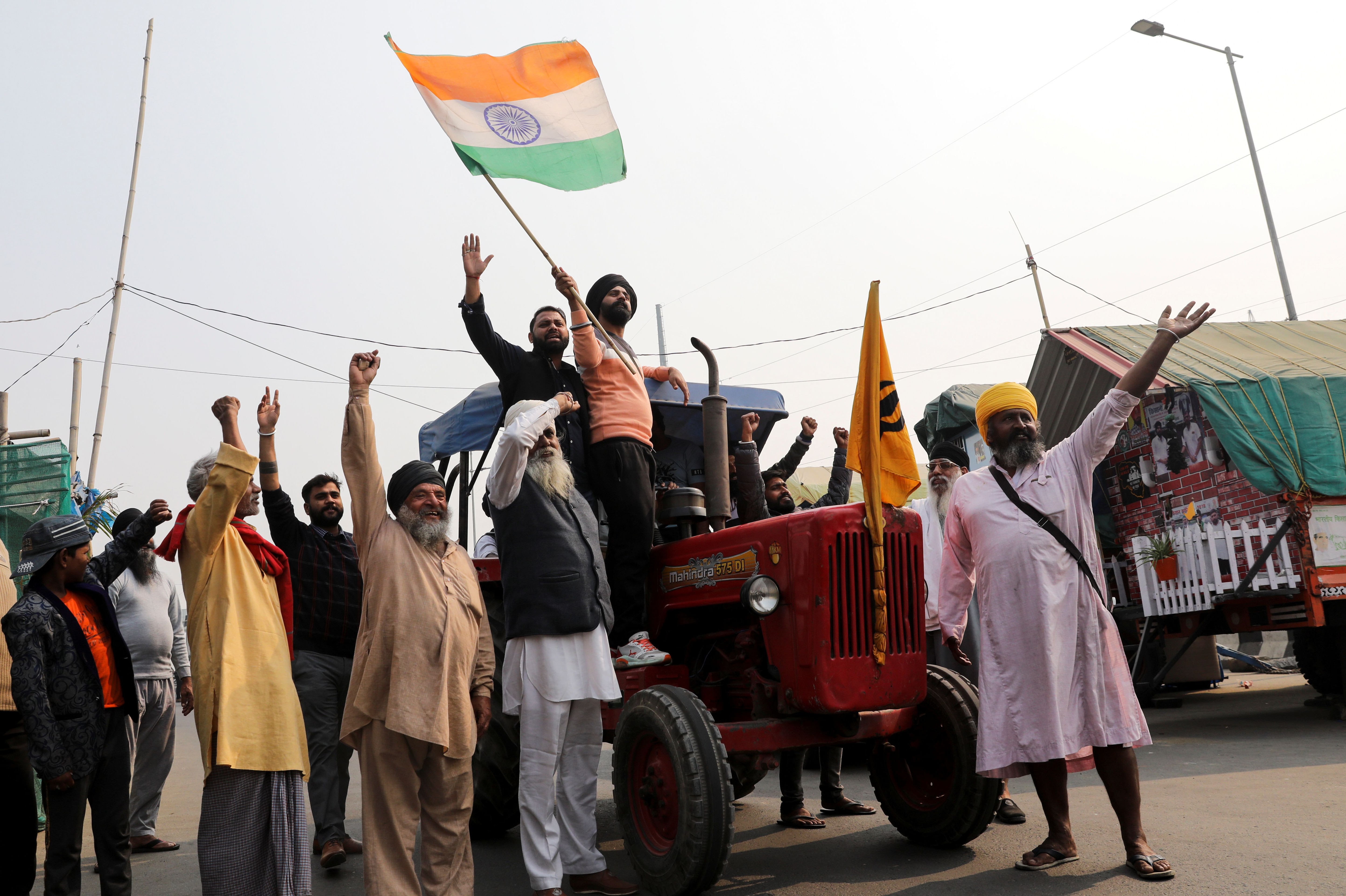 Indian Prime Minister Narendra Modi announced on Friday the decision to revoke the three laws behind a controversial agrarian reform that sought to liberalize the sector, but which were considered unfair by peasants, which have held massive protests for almost a year.

“Today I come to tell you and the entire nation that we have decided to repeal the three agricultural laws”Modi said in a televised speech, surprisingly reversing one of the measures that generated the most opposition during his term.

The prime minister detailed that the constitutional process for the repeal of the three laws will begin at the end of this month, “When Parliament begins the winter session.”

“We could not convince a sector of the peasants. Maybe something went wrong in our efforts “, Modi acknowledged in an unusual gesture, used to relying on the vast majority that his party, the BJP, has in Parliament, to approve controversial laws without paying much attention to what the opposition considers.

However, many analysts speaking on the news this morning agreed that The unusual reversal of the Indian Government may be marked by the proximity of important regional elections in states like northern Uttar Pradesh and Punjab, with a large peasant section opposed to the reforms.

It is precisely striking that Modi chose to make the announcement today, the anniversary day of the founder of Sikhism, Guru Nanak, a religion with an overwhelming presence in the agricultural state of Punjab, who led the protests.

“Today is Prakash Parv (Guru Nanak’s anniversary), this is not the time to blame anyone”Modi said, lamenting that a peasant sector did not understand the benefits that agrarian reform could bring to a sector highly dependent on aid.

One of the opposition leaders, Rahul gandhi, of the historic Congress party, celebrated this Friday on Twitter how “The nation’s food producer defeated the arrogance” of power.

A year of protests

Indian peasants had already threatened the government earlier this month to intensify their demonstrations if they did not revoke the three laws before November 27., one day after the first anniversary of the start of the mobilizations.

One of the main leaders of the protest and his most visible face, Rakesh tikait, of the Peasants’ Union of India (BKU), however, warned the Government today that they will not dismantle their protests until “the laws are repealed in Parliament”.

Tensions between the Indian government and the peasants had already been on the rise in recent weeks, especially after the protest that took place on October 3 in northern India and in which at least eight people died because of a clash between politicians of the government BJP and the farmers.

The peasants began their protests in November last year against the three laws that, in his opinion, leave producers at the mercy of the free market, without guarantees of protection.

The Indian Government, however, ensures that the standards try to give farmers the ability to negotiate prices and production directly with buyers, without obstacles or intermediaries.

The parties held a negotiation process at the beginning of the year, and the Government said it was willing to make some changes to the laws; however, these conversations failed as the peasants demanded the total repeal.

The Supreme Court suspended the entry into force of the reforms last January, after months of protests, and established a committee to consult the impact of the measures.

One of the peak days of these protests took place on January 26, the Republic day, when a march of tractors in the capital degenerated into clashes between groups of protesters and the police, leaving at least one dead and hundreds injured and detained.

Bloody protests for the agrarian reform in India: eight dead when peasants collide with pro-government militants

“The most tragic rape case in history”: the life of a teenage girl reflects the brutal abuse of girls in India