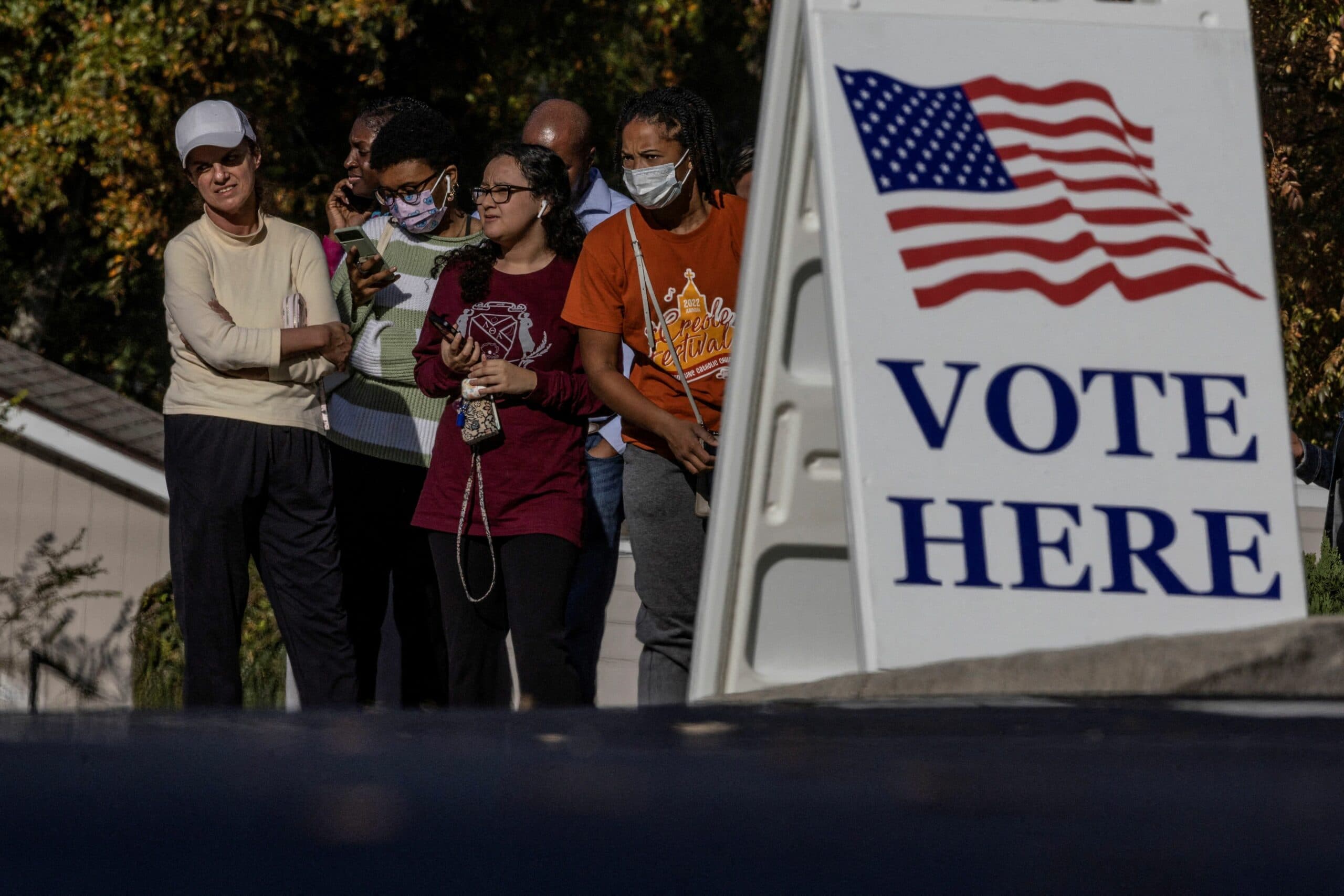 It is common to hear that the future of a nation is at stake in each one of the elections. But in the case of the dispute half length which will be played this Tuesday in the USA, the phrase is not a hyperbole but a reality. All seats in the House of Representatives, 35 seats in the Senate and 36 governorships will be on the ballot.

According to most polls, Americans will go to the polls with the following concerns in mind: the economy and inflation, confidence in the electoral process, insecurity and abortion. Based on the solutions to these issues that politicians offer, the future of the most powerful nation on the planet that comes to a new election with an extremely weakened president and an opposition that has not yet finished defining whether it will once again line up behind him will surely be defined. Donald Trump will either look for new faces for the 2024 presidential election. Depending on who controls Congress and who is elected governor, the possible public policies will be to face post-pandemic inflation, the reopened debate on abortion and the candidates for the next presidential elections.

Joe Biden‘s approval ratings are historically low. According to the latest Reuter-Ipsos poll, 55 percent of Americans disapprove of his management. But from the Republican party things are not too clear either. This election will determine whether voters remain loyal to Trump and his protected candidates, or whether the party is ready for newcomers who are asking for his place.

The eyes of the nation are fixed on what is going to happen in the House of Representatives. Its 435 seats are up for grabs, meaning that either party can win a majority in the lower house.

As of today, the Democrats are in control with 221 seats, against 212 Republican seats (two seats are vacant due to special elections). You get control of the chamber with 218 benches.

Most of these contests are not considered competitive. Many congressmen will be easily reelected in their positions, and many others have “safe” elections due to the partisan nature of their districts.

But according to an analysis by CBS, there are 81 seats in real dispute, that is, in which both parties have possibilities. Given the situation today, the Republican party has to reverse at least five seats so that, added to the two special elections (one in Indiana and one in Florida) that are expected to result in a Republican victory, it ends up with the majority in the chamber.

Historically, in midterm elections, the incumbent president’s party loses control of Congress.. This would logically give the Republicans an advantage.

But in special elections in recent months, issues like abortion have energized a group of voters who don’t always go to the polls (suburban women, for example), tipping the scales in favor of Democrats. . However, the economy in poor condition and insecurity are causes that are motivating the Republican base to leave as well.

Why is control of the Lower House important? Because as one of the two chambers of the legislative power, federal laws are developed and approved there. In other words, there is very little that the executive power can do if it does not have the support of the legislature.

Depending on who gets control of the chamber, it will be determined who presides over that chamber. Currently the Democrat Nancy Pelosi is the president, but if the republicans win, the chances are that Kevin McCarthy relieve her. To preside over the House of Representatives is to be in third place in the hierarchy of power in the United States, only behind the president and vice president.

Of the 100 seats in the federal senate (2 for each state), there are 35 at stake in this election. Currently, the Democrats control the Senate with 48 seats of their own, two independent seats that usually vote with them, and the tiebreaking vote of Vice President Kamala Harris, who presides over the upper house. Therefore, for there to be a change in power, Republicans must retain all of their seats and reverse at least one currently Democrat seat.

Of the 35 in dispute, 21 are currently Republican seats and 14 Democrats. In the majority it is presumed that there will be no changes, but in 10 of the seats in question there is a tough battle.

On Tuesday there will be gubernatorial elections in 36 states plus 3 territories. In 31 of these races, the current governors are seeking re-election.

In some cases, like Floridathe election is almost sung, because it is estimated that Ron DeSantis He will be easily reelected. But in four states the situation is not so clear.

Oregon It is one of them. President Biden has visited this state several times in recent months trying to support Democratic candidate Tina Kotek. But things are sticky for Democrats there, even though the party has controlled the state since 1982. While the Democratic vote is likely to be split between Kotek and a former moderate Democrat now running as an independent, betty johnsonthe Republican candidate, Christine Drazan push harder and harder. The polls give Drazan a slight lead, within the margin of error.

In Michiganalthough the Democratic governor Gretchen Whitmer has always been popular, the republican Tudor Dixon he has managed to captivate a large part of the voters, and anything can happen.

In Oklahomaa traditionally Republican state, the current governor Kevin Stitt has a strong contender in Joy Hoffmeistera former Republican now registered as a Democrat who is challenging him for the governorship.

Lastly, in New Yorkthe situation is also open-ended. Andrew Cuomo He came to sound like a possible presidential candidate when he became the face of the fight against COVID-19. But then came the sexual abuse scandal and he was forced to resign. In his place was the lieutenant governor Kathy Hochul. Hochul is now seeking re-election, and although he is popular, no one dares to say that he will beat the Republican candidate. lee zeldin. The contest has taken on such national relevance that the Republican Ron DeSantis has traveled from Florida to support Zeldin, and both bill clinton What Barack Obama have come out to campaign for Hochul.

There is no such thing as a ‘Latino vote’: religion and geography add to voter diversity

In a show of force, the US will fly a B-1B strategic bomber in air exercises with South Korea