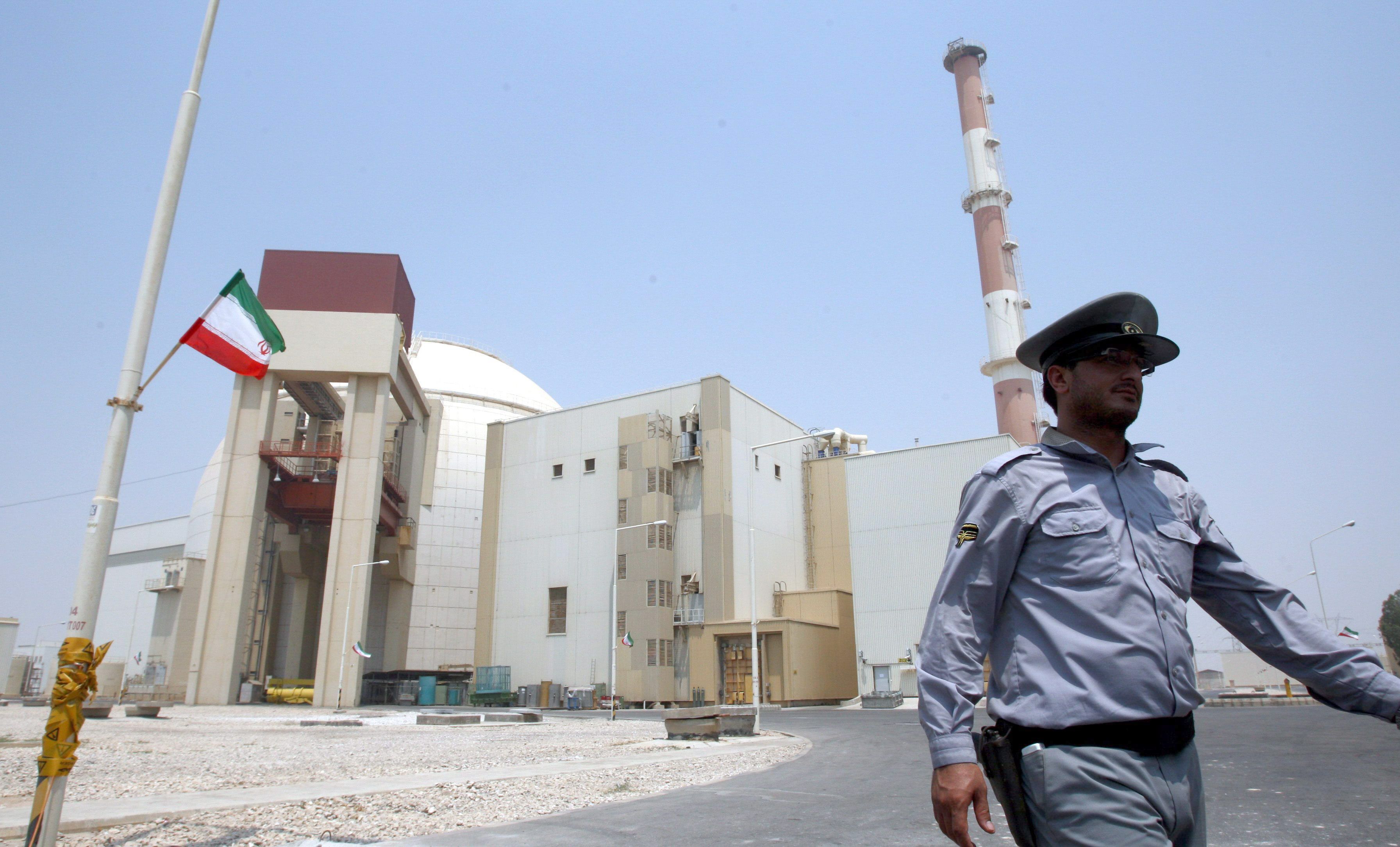 The board of negotiations is moving again over Iran‘s controversial nuclear program. The head of the international nuclear watchdog, the IAEA, is in Tehran preparing what will be the new negotiations to be held in Vienna next Monday. They try to reactivate the 2015 agreement signed by the United States, Russia, China and the European Union with the Iranian government and from which then-President Donald Trump unilaterally withdrew. Now, his successor, Joe Biden, seems willing to reverse the situation. A New York Times report published on Sunday suggests that the White House is exploring an interim deal to stop Iran’s enrichment in exchange for relief from sanctions.

The Argentine diplomat, Rafael Grossi, director general of the International Atomic Energy Agency, is lobbying Tehran for answers from local officials about the program’s control equipment and other irregularities that IAEA inspectors observed in recent months. One thing that is clear is the increase in Iran’s uranium enrichment activities, which go well beyond the 3.67% threshold established by the 2015 agreement. Iran already has about 25 kilos of 60 percent enriched uranium. For the manufacture of nuclear weapons, a 90 percent enrichment is needed.

There are still good reasons for Iran to return to the negotiating table, he told the magazine. Foreign Policy Henry Rome, Principal Analyst for the Eurasia Group. “The most important reason is that they need to keep Russia and China on their side, and the Russians and the Chinese want the agreement back in force. They want Iran to commit, ”explained Rome. “I think Iran is very interested in making sure that regardless of how all of this plays out, at least you can plausibly claim that it was not the cause of the breakdown of the negotiations”.

Although the analyst Rome agrees with several other specialists who remain skeptical about the possibility of an immediate advance: “I highly doubt that anything productive will happen in this first round.. But if there is some flexibility in the table, you could see movement pretty fast, ”he said. “The advantage of returning to the agreement as it was, with some modifications to take account of the elapsed time, is that basically the agreement is already written. The way I see it, there is an agreement on the table. There are things that need to be fixed, but none of them are impossible ”.

With a new negotiating team after the election of Ebrahim Raisí as Iranian president in July, a tougher line is expected. This was explained by Sajjad Safaei in a recent article: “The confusing statements of the Minister of Foreign Affairs, Hossein Amir-Abdollahian, and the chief negotiator, Ali Bagheri Kani, before the talks suggest that a consistent approach is unlikely. I think we are facing long-term negotiations ”.

In the last year and a half, Israeli intelligence agents assassinated Iran’s top nuclear scientist and caused major explosions at four Iranian nuclear and missile facilities, hoping to paralyze the centrifuges that produce nuclear fuel and delay the day when the new government in Tehran can build a bomb. But, according to negotiators in Washington who spoke with him New York Times, the attacks did not have the expected result. US intelligence services and international inspectors claim that the Iranians quickly restarted nuclear power plants, including installing newer machines that can enrich uranium at a rate much faster. When a plant that manufactured key parts for centrifuges suffered a explosion in late May which destroyed much of the parts inventory and cameras and sensors installed by international inspectors, production resumed in three months.

According to reports released in the US Congress, there are big differences between the United States and Israel on how to deal with Iran. In Washington they believe that the military attacks are counterproductive, they make the toughest elements of the Ayatollah regime shut down completely and reject any kind of agreement. The recently appointed Iranian nuclear negotiator, Ali Bagheri Kani, assures that “there are no nuclear negotiations.” Instead he says, “There are negotiations to eliminate illegal and inhumane sanctions.” Iran will insist on the lifting of nuclear and non-nuclear sanctions, and that it needs a guarantee that no future president could unilaterally abandon the deal, as Trump did. A Biden Administration official assured this weekend that “The president would never assume such a guarantee commitment.”

Iran, as always, denies that it intends to build nuclear weapons. But IAEA inspectors think he’s most likely looking right now a “threshold capacity”, reach a uranium enrichment that allows it to produce a weapon in weeks or months, in the event of an open confrontation with Israel or any other regional and global power. This may cause Iran to make some concessions to buy time. Although it is not anticipated that he will be willing to carry out another negotiation and a new agreement from scratch. The Iranian Foreign Ministry wants to go back to the old agreement without major modifications.

Iranian Foreign Ministry spokesman Saeed Khatibzadeh told a press conference that his country had three conditions to return to negotiations: The United States must admit that it was wrong to withdraw from the agreement, it must lift all sanctions at once, and it must offer a guarantee that no other administration will exit the agreement as Trump did.. “It is absolutely impossible for Iran today to accede to the level of concessions made by the previous Rouhani government,” he told the New York Times, Gheis Ghoreishi, a close foreign policy adviser to the government of Iran. “We are not going to give all our letters and then wait to see if the United States or the European Union will commit to the agreement or not; this is not going to happen in any way”.

Robert Malley, the head of Iran within the State Department, recently said that “If diplomacy fails, we have other tools, and we will use other tools to prevent Iran from acquiring a nuclear weapon.”. Inside the White House there seems to be a less harsh approach. Biden’s goal would be an interim agreement to freeze Iranian production of more enriched uranium. In return, it could ease a limited number of penalties. That would not solve the problem. But it could buy time for negotiations, while curbing Israeli threats to bomb Iranian facilities.

In Israel they do not believe that any concessions should be made to the Iranians. The Chief of the General Staff, Lieutenant General Aviv Kochavi, said the Israeli army was “Accelerating operational plans and preparation to deal with Iran and the nuclear military threat”. The new prime minister, Naftali Bennett, has already authorized more funds for this type of operation. Israeli officials insist they have developed a strike capability that could destroy nuclear bunkers. They have likely had access to the so-called “daisy-cutters” bombs used by the United States in Iraq and Afghanistan capable of piercing the slabs of an underground building for several floors.