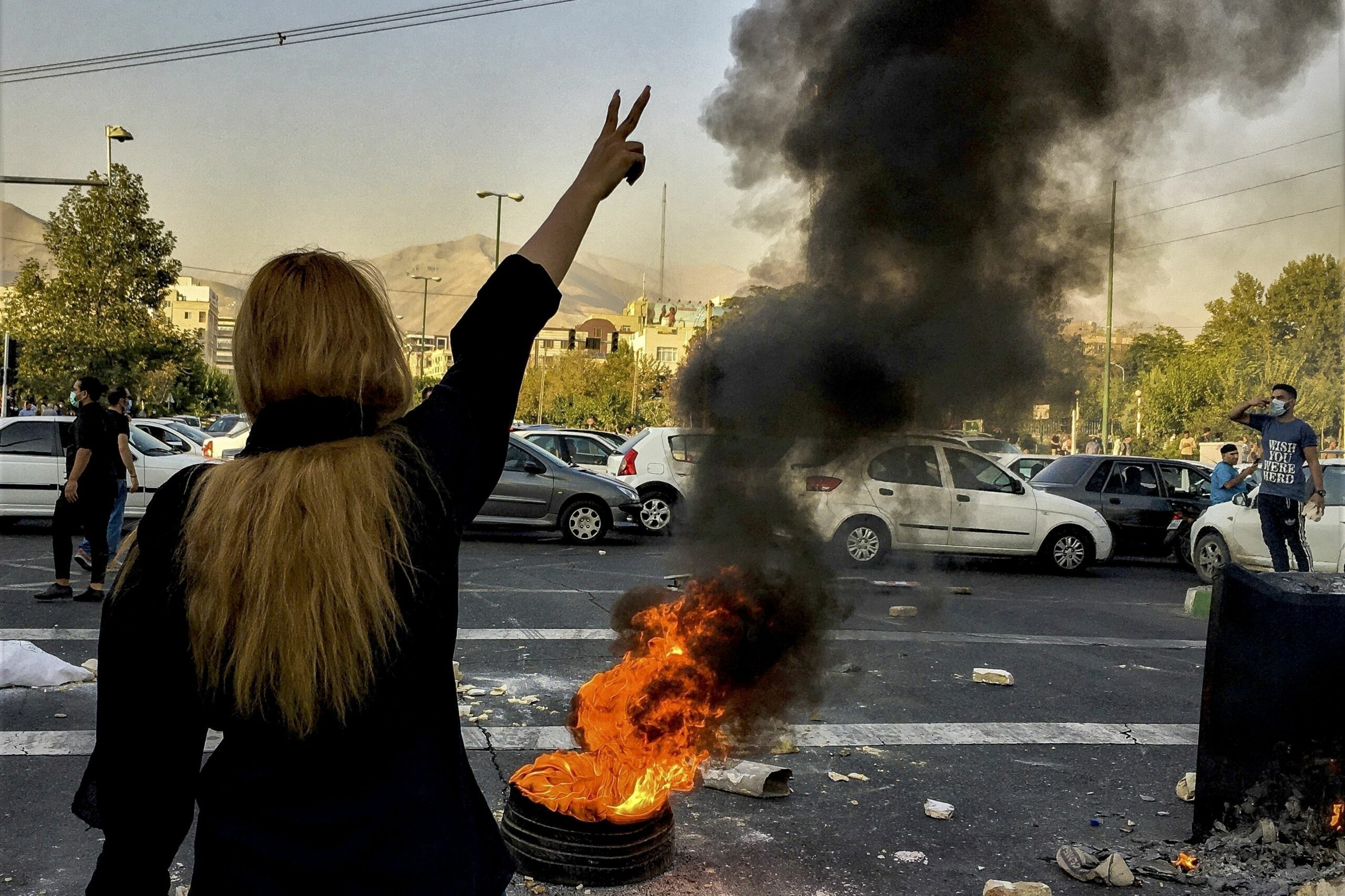 The death in police custody of Mahsa Amini, a 22-year-old Kurdish girl, arrested for the call Morale Police More than four months ago, it unleashed the anger and frustration of the Iranian population who took to the streets to demand the resignation of the regime and to reject its repressive and orthodox policies.

The regime responded to the demands of its people with a bloody repression in which, according to the NGO Iranian Human Rights, Based in Oslo, at least 481 people were killed, some 14,000 were detained and four others were executed for their links to the protests.

The chronology of events:

Amini, an Iranian woman of Kurdish origin, dies in hospital after being detained three days earlier by the Morale Police, a unit that enforces women’s dress regulations, including the mandatory hijab, or headscarf.

Amini is buried in her hometown of saqezon the kurdistan province, in northwestern Iran. police shoot tear gas to disperse a demonstration that follows the funeral procession.

In the following days, the hashtag #Masha_Amini accumulates more than a million tweetsincluding several videos of iranian women cutting their hair to protest his death.

Three people die during protests in the kurdistan province.

Videos posted on social media show women removing their hijabs and chanting “Woman, life, freedom” or “Death to the dictator,” a slogan addressed to the Ayatollah. Ali Khamenei, Supreme Leader of Iran.

USA includes the Moral Police on its black list of sanctions. Canada, the European Union and the United Kingdom are not slow to follow suit.

Thousands of people take part in pro-hijab counter-demonstrations in Tehran and other cities, responding to an appeal by the Iranian regime.

The next day, the president Ebrahim Raisi urges a “decisive action” to end the anti-hijab protests.

One day before, students clash with security forces at Tehran Sharif University of Technology.

The next day, Khamenei accuses the United States and Israel of foment “riots”.

The protests spread to the oil sector, with strikes and demonstrations in various cities.

October 15: fire in a prison

A fire breaks out during clashes in the evin prisonin Tehran, where hundreds of detainees for the demonstrations are being held.

in the fire eight inmates dieaccording to the authorities.

Iranian regime carries out its first protest-related execution, hanging a man sentenced to death for blocking a street and wound a paramilitary.

followed by a second run on December 12 Y another two on January 7.

Until January 21, the judiciary has confirmed a total of 18 death sentences in connection with the protests, according to an account by the news agency AFP based on official announcements.

Iranian judiciary orders police to “firmly punish” women who violate the dress code and urges the courts to apply penalties that include “exile” for offenders.

The EU will extend its sanctions against Iran for the repression of the protests: more than 14,000 people have already been arrested

The US condemned the execution of Alireza Akbari, accused of spying in Iran: “Sham trials and forced confessions must end”