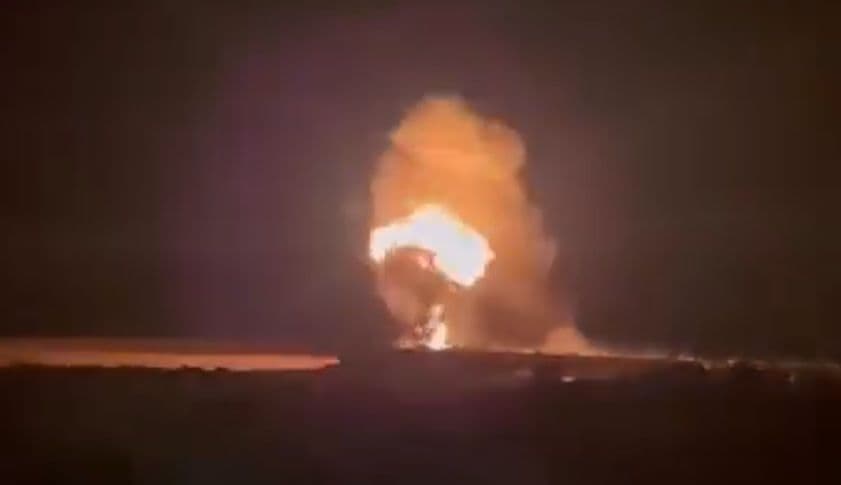 The regime of Iran bombed again on Sunday night groups of kurdish opposition installed in the region of Kurdistan in the neighbor Iraqless than a week after similar attacks, these groups and local officials announced.

The authorities in Tehran accuse these dissident movements installed in that Iraqi region of fueling the demonstrations that broke out in Iran over the death of a young kurdish in the custody of the morality police.

On November 14, the Islamic Republic it has already fired missiles and attacked with drones the positions of Kurdish opposition groups located in Iraq, causing one death and eight wounded.

The Kurdistan Democratic Party of Iran (PDKI) and the Iranian Kurdish nationalist group komala confirmed the bombardments that affected their facilities in this autonomous region in northern Iraq.

The PDKI confirmed to have been the target of attacks with “kamikaze missiles and drones” in Koya and in Jejnikan, near Erbilthe regional capital of Kurdistan.

He also shared on his Twitter account videos that show fireballs lighting up in the black night.

“These blind attacks occur at a time when the Iranian terrorist regime is unable to stop the ongoing demonstrations in Kurdistan” of Iran, criticized the PDKIthe oldest Kurdish party in that country, founded in 1945.

Video of a missile strike against a PDKI base by Iran’s terrorist #IRGC tonight in Koya. #JinaAmini #KurdistanProtests #IranRevolution #Kurdistan #Iran pic.twitter.com/WUbZnQhfK4

The authorities in Tehran accuse these opposition groups, which have been in their sights for some time, of instigating the problems in Iran, which has been facing protests since the death of the young Kurdish woman on September 16. Mahsa Amini.

In the past, senior Iranian leaders have called on the authorities in baghdad and of Erbil to neutralize these opposition groups installed in the neighboring country since the 1980s and considered “terrorists” by Tehran.

After a long armed insurrection, these groups, far to the left politicallythey have almost completely paralyzed its military activitiesindicate the experts.

US Military Command for the Middle East (centcom) condemned in a statement “Iranian cross-border attacks” and said that they “endanger civilians and violate Iraqi sovereignty.”

Kurdish movements are not only in the crosshairs of Tehran. On the eve, T.Turkey launched airstrikes against positions of Kurdistan Workers Party rebels (PKK) in Syria and Iraq.

“It is a failure of both Baghdad and Erbil to allow their territory to be so vulnerable to foreign attacks,” the Iraqi-Canadian political scientist estimated on Twitter. Hamzeh Hadad.

Turkey shelled the city of Kobane, in Syria, in retaliation for the attack in Istanbul