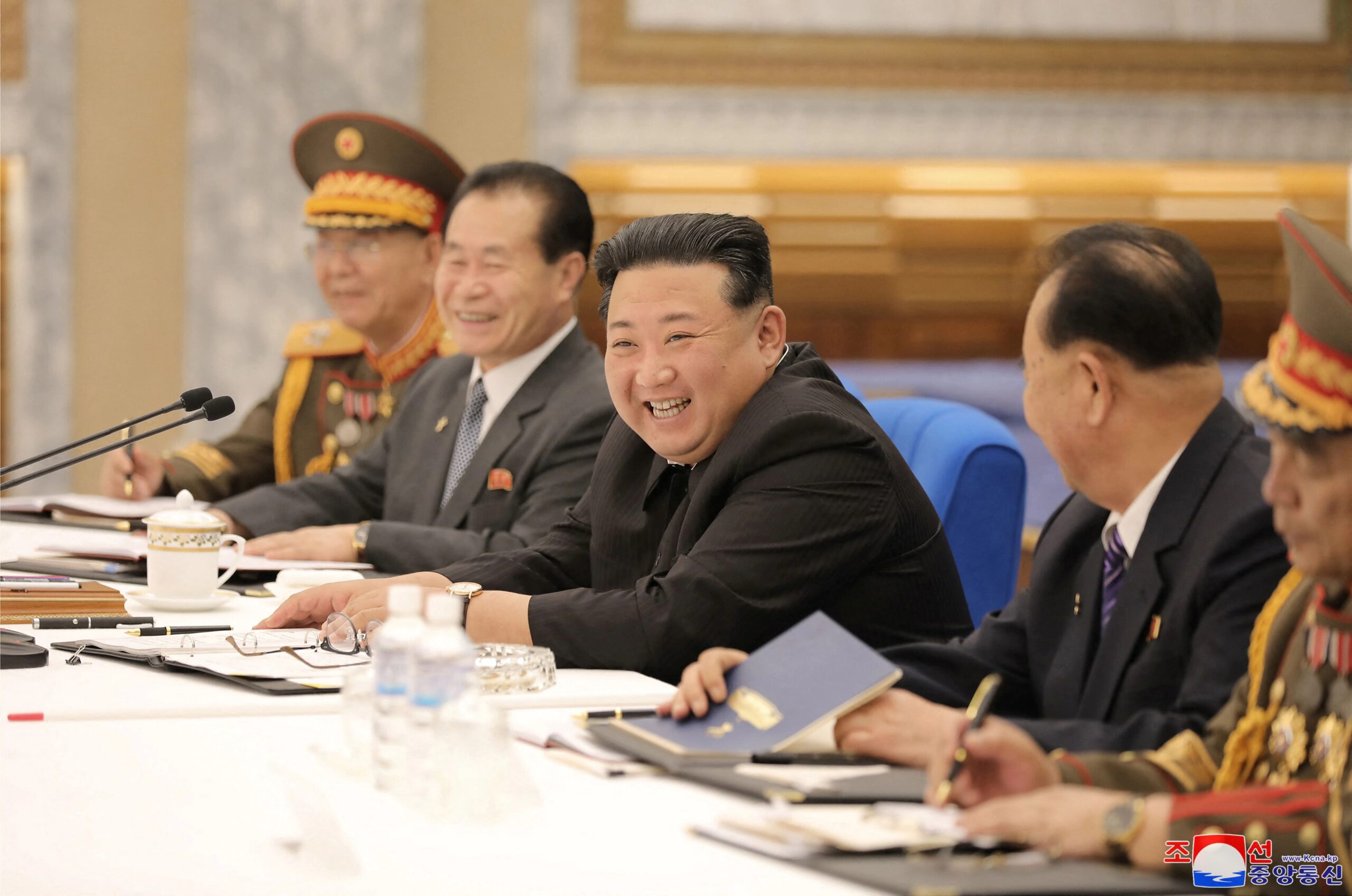 Is North Korea preparing to deploy tactical nuclear weapons along its tense border with rival South Korea, which is within striking distance of the 26 million people who live in and around its capital, Seoul?

That’s what many experts who pay attention to a high-level North Korean military meeting held this week. The possible deployment, just two months after leader Kim Jong-un’s veiled threat to use nuclear weapons preemptively, would mark a breakthrough in the confrontation that the Korean peninsula has maintained for decades.

North Korea already has thousands of conventional weapons aimed at South Korea and the nearly 30,000 US forces stationed there, but moving its short-range nuclear missiles to the border would be the clearest sign yet that Kim is seeking to use his weapons. both to threaten South Korea and to extract concessions from outside nuclear negotiators.

Together with the North Korea’s apparent preparations for its first nuclear test in five years, there is deep skepticism among observers that diplomacy can convince the country to give up its nuclear weapons. Critics are calling on Seoul and Washington to formulate a new approach to dealing with North Korea’s rapidly improving nuclear program.

NUCLEAR WEAPONS AT THE BORDER?

During a military meeting that ended Thursday, Kim and other top officials confirmed additional “operational tasks” and “modified operation plans” for military units near the border with South Korea.

State media reports did not directly mention nuclear weapons. But outside experts believe North Korea’s vague language indicates its intention to deploy tactical nuclear weapons systems. They base their assessment in part on North Korea’s recent public comments on such plans, and on a number of tests of short-range nuclear-capable missiles designed to attack strategic installations in South Korea, including US military bases there.

A big hint came in April, when North Korea tested a newly developed guided weapon that it said would improve the effective operation of “tactical nuclear weapons” and increase the firepower of front-line artillery units. that same month, Kim said he could use his nuclear program preemptively if provoked.

North Korea now has “a much better chance to use its tactical nuclear weapons on a battlefield” if a war breaks out on the Korean peninsula, said Kim Yeol Soo, an expert at the Korea Institute of Military Affairs.

The weapons likely to be deployed on the border are some of the most mobile, solid-fuel, short-range missileswhich North Korea has launched on a test basis since nuclear diplomacy with the United States collapsed in 2019. North Korea has called those missiles — which foreign experts say are potentially capable of evading South Korean missile defenses and the United States – “tactical” weapons, implying their intention to arm them with lower-yield nuclear weapons.

North Korea has probably already acquired the technology to arm its missiles with nuclear warheads, so its deployment of tactical nuclear weapons could come at any time, said Kim Taewoo, former director of the state-funded Korea Institute for National Unification in Seoul.

Some experts, however, said North Korea may not deploy nuclear-armed missiles because of potential problems maintaining them.

North Korea’s apparent drive to deploy tactical nuclear weapons may be part of the Kim’s recent promise to counter America “strength by strength” amid the impasse in nuclear diplomacy. It also comes as Washington and Seoul work to bolster their combined defense capabilities to deal with North Korean nuclear threats.

South Korea’s new conservative government, which took office last month, has said it will expand its conventional weapons capabilities and strengthen its defenses together with the United States.

Although the Koreas have avoided major conflict since the end of the Korean War of 1950-53in recent years there have been skirmishes and deadly attacks that have caused dozens of deaths.

North Korea has a history of escalating threats and provocations when a new government is inaugurated in South Korea or the United States to create a potentially favorable environment for future negotiations. The country has often toned down its rhetoric and launched charming offensives.

This may happen this time.

But nuclear weapons at the front would complicate South Korea’s response to any future North Korean provocation.

South Korea’s new president, Yoon Suk Yeol, during a summit with US President Joe Biden last month, secured a US commitment on the regional deployment of US strategic assets, such as long-range bombers and aircraft carriers, in response to North Korean provocations.

The allies could also hold their biggest combined military training in years in August.

But Yoon has said he will not pursue nuclear development or ask the United States to redeploy nuclear weapons in South Korea as a deterrent against possible North Korean aggression.

The South Korean military said it is closely monitoring North Korea’s activities for the possible deployment of tactical nuclear weapons, but gave no further details.

Some experts say North Korea’s expansion of tactical nuclear weapons and pursuit of long-range missiles capable of reaching the continental United States have reduced the credibility of the US “nuclear umbrella,” though the Biden administration has repeatedly reaffirmed the United States’ commitment to defending South Korea with its full military capabilities.

The reintroduction of US nuclear weapons into South Korea is also called for.

“We should move to a strategy to end North Korea’s nuclear threats through a nuclear balance,” said Kim Taewoo, former director of the Korea Institute for National Unification. “The deployment of tactical nuclear weapons means that the nuclear threat from North Korea would be right in front of us.”

The tactical nuclear weapons were part of a five-year weapons development plan that Kim Jong Un announced last year. This year has increased ballistic missile testing at an unprecedented rate to increase his country’s ability to attack both the continental United States and South Korea.

For weeks, US and South Korean officials have watched signs of an imminent nuclear test by North Korea, which would be the first since 2017 and the seventh overall. Such testing could be part of an attempt to build a warhead that could fit into tactical missiles or missiles with multiple warheads.

But North Korea has yet to carry out such a test, possibly due to its ongoing COVID-19 outbreak and opposition from China, its last great ally and largest provider of aid.

So far, North Korea has rejected offers from the Biden administration for open talks, demanding that Washington first abandon its “hostile policy,” a term it uses in reference to economic sanctions imposed by the United States and to joint military exercises between the United States and South Korea.

Experts say it is only a matter of time before North Korea conducts a nuclear test, seen as an essential step in expanding its nuclear arsenal under Kim’s five-year plan. Such a test would further complicate the resumption of nuclear diplomacy.