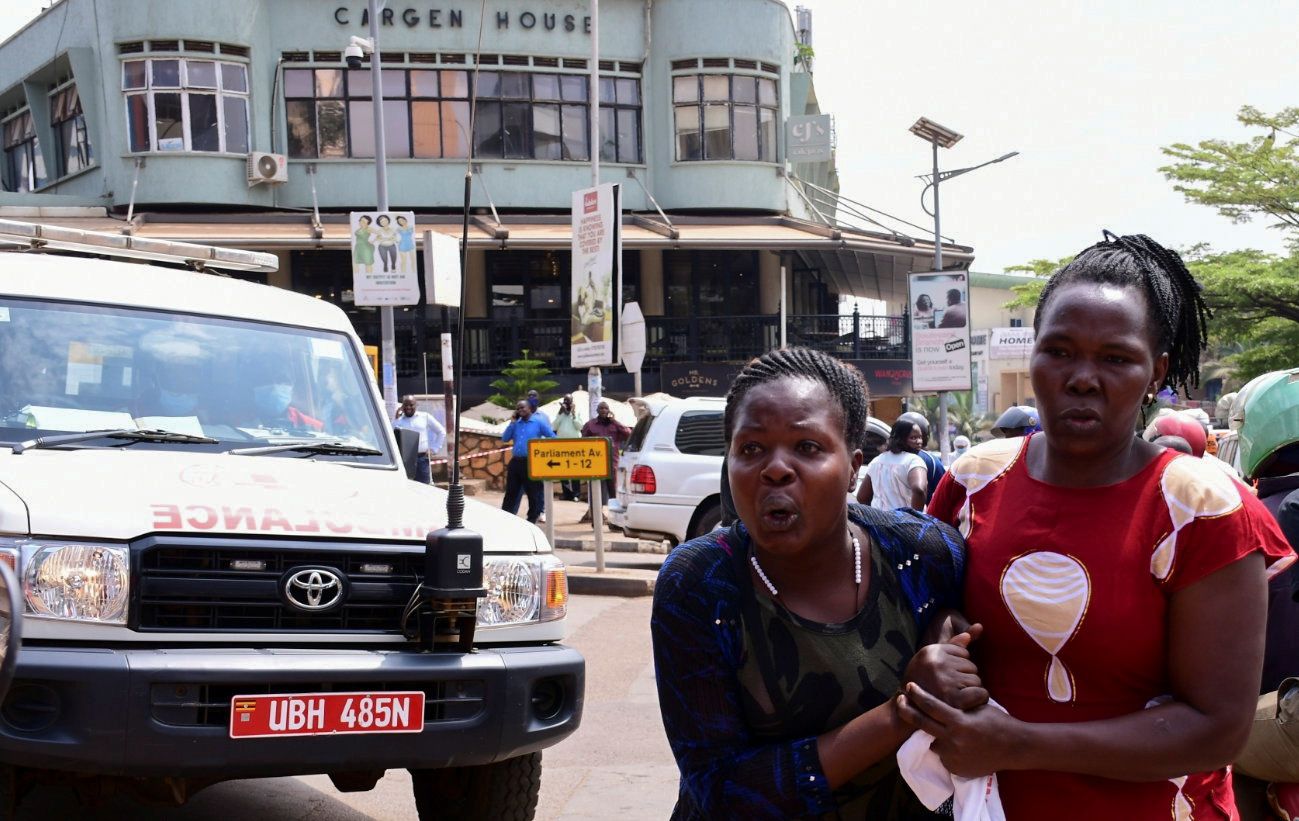 ISIS, the Islamic State, continues its expansion in Africa. This Tuesday, three of his suicide squads attacked in the center of Kampala, the Ugandan capital. In that country there were six attacks in the last three weeks. The Sahel area, in Burkina Faso, Niger, Mali and Chad, is experiencing “The fastest rise in Islamist insurgency in the world”, according to the annual report of the private intelligence agency Control Risk. Several other states, such as the Democratic Republic of the Congo (DRC), the Central African Republic (CAR), and South Sudan, are also tracking the advancement of ISIS-affiliated organizations. In Nigeria there are also constant clashes with the forces of Boko Haram, the Islamist group also affiliated with ISIS, which became famous for kidnapping over 300 girls from a high school. There, during the fighting of the last week Malam Bako was shot down, leader of the Islamic State West African province (ISWAP), and the man who recommended to the heads of the terrorist organization who they should give affiliate group status across the continent.

On Tuesday, three suicide bombers blew themselves up in the commercial and financial center of Kampala, the Ugandan capital, in an attack claimed by ISIS through its news agency. It was during the busiest hour for vehicles and employees. Six people died and another 33 were injured. The three kamikazes were also killed and a fourth was killed by the police while trying to escape. Others were found in his house explosive vests and bomb-making materials. The government attributed the attack to the Allied Democratic Forces (ADF), an Islamist group that started an insurgency against Ugandan President Yoweri Museveni in the 1990s and in 2017 pledged allegiance to ISIS. The Islamic State later claimed responsibility for the attack through its Amaq agency.

The terror group’s leaders formally recognized the ADF as one of their affiliates in July 2019. The ADF normally operates from the eastern jungles of the Democratic Republic of the Congo, but recently launched high-profile attacks in Uganda and neighboring Rwanda after receive “Considerable funding and technical assistance from the central leadership of the Islamic State”, according to various intelligence agencies. When Musa Baluku, the leader of the ADF, swore allegiance to ISIS, he claimed that his group no longer existed because from now on it became the “Islamic State in Central Africa“. In March 2021, the United States included the ADF in its list of organizations linked to Syrian and Iraqi terrorists.

“With the attacks in Kampala we began to see signs of the development of a regional network for the financing, recruitment and proliferation of explosive devices connected with individuals affiliated with ISIS who operate both in the ADF camps in eastern Congo, and among militants in northern Mozambique, ”explained Dino Mahtani, deputy director of the Crisis Group think tank, to the correspondent of the Financial times. “What has happened in Kampala it is just the sample of a regional terrorist threat that is emerging ”.

Another insurgent group, Al Shabaab, operating in northern Mozambique, also affiliated with ISIS and terrorizing the northern province of Cabo Delgado for four years, was the one that starred the worst attack in recent Uganda history. It occurred during the 2010 World Cup. Several bars in a posh area of ​​Kampala were bombed simultaneously, killing more than 70 people. Ugandan troops are fighting alongside those of Somalia against al-Shabaab.

To prop up its African affiliates, ISIS top leader Abu Ibrahim al-Hashimi al-Quraishi, at the end of October sent several members of the Council of the Shura (religious advisory body) to inspect the camps of the so-called Wilaya of West Africa of the Islamic State, the ISWAP. The purpose of the “visit”, according to Nigerian intelligence, “is to provide training, funding, as well as to deploy more mercenaries to fight in sub-Saharan Africa after losing a large number of its terrorist fighters.” In the meetings it would have been agreed “Eliminate terrorists from the Bakura (Buduma) faction of the Boko Haram organization”, who faced driving.

“The presence of the Islamic State in Africa is clear and it has been growing steadilyEven as the power of the central core of the organization has diminished in the Middle East, ”says Jason Warner of the West Point Counter-Terrorism Center. “The large number of African provinces and affiliates of ISIS, with a clear staying power, created an even bigger threat than it poses in Syria or Iraq. You could say that the real power of ISIS is now in the Sahel and central Africa”He added.

Warner and other international analysts participated in a recent meeting in Rome of the so-called Global Coalition to Defeat ISIS, to which 83 countries adhere. Representatives of 15 African nations participated in that summit. And the US Secretary of State, Antony Blinken, was present. Although no concrete military engagement plan was presented to confront the jihadists. “While it is good that the coalition is talking about Africa and bringing relevant countries from that continent to the discussion, any coordination seems to be still in the early stages, while conditions on the ground are deteriorating very rapidly”Said Emily Estelle, a researcher at the American Enterprise Institute. “The proposed working group should focus its energy on a deepening of democracy in the attacked countries together with military support for direct combat, because It is from this absence of the State in broad African regions that ISIS benefits to act”He added. And the truth is that both France, which had bases and an important contingent of soldiers in the Sahel, and the United States in the Horn of Africa, in recent months they withdrew a good part of their troops.

The focus of the United States and Europe is still centered on Syria, where ISIS maintains a force of several thousand militiamen – some speak of 10,000 – among which are some 2,000 “international”. And since the Taliban came back to power, also in Afghanistan, where the affiliate called ISIS-Khorasan has already produced a long series of attacks, like the one at the Kabul airport when US forces made a chaotic withdrawal, and control territory in the north of the country. Although, according to a report circulating in Congress in Washington, the Pentagon has already started preparations for a swift intervention in Africa with the aim of attacking the camps of terrorist groups.

Two explosions shook the center of the Ugandan capital: at least 24 injured