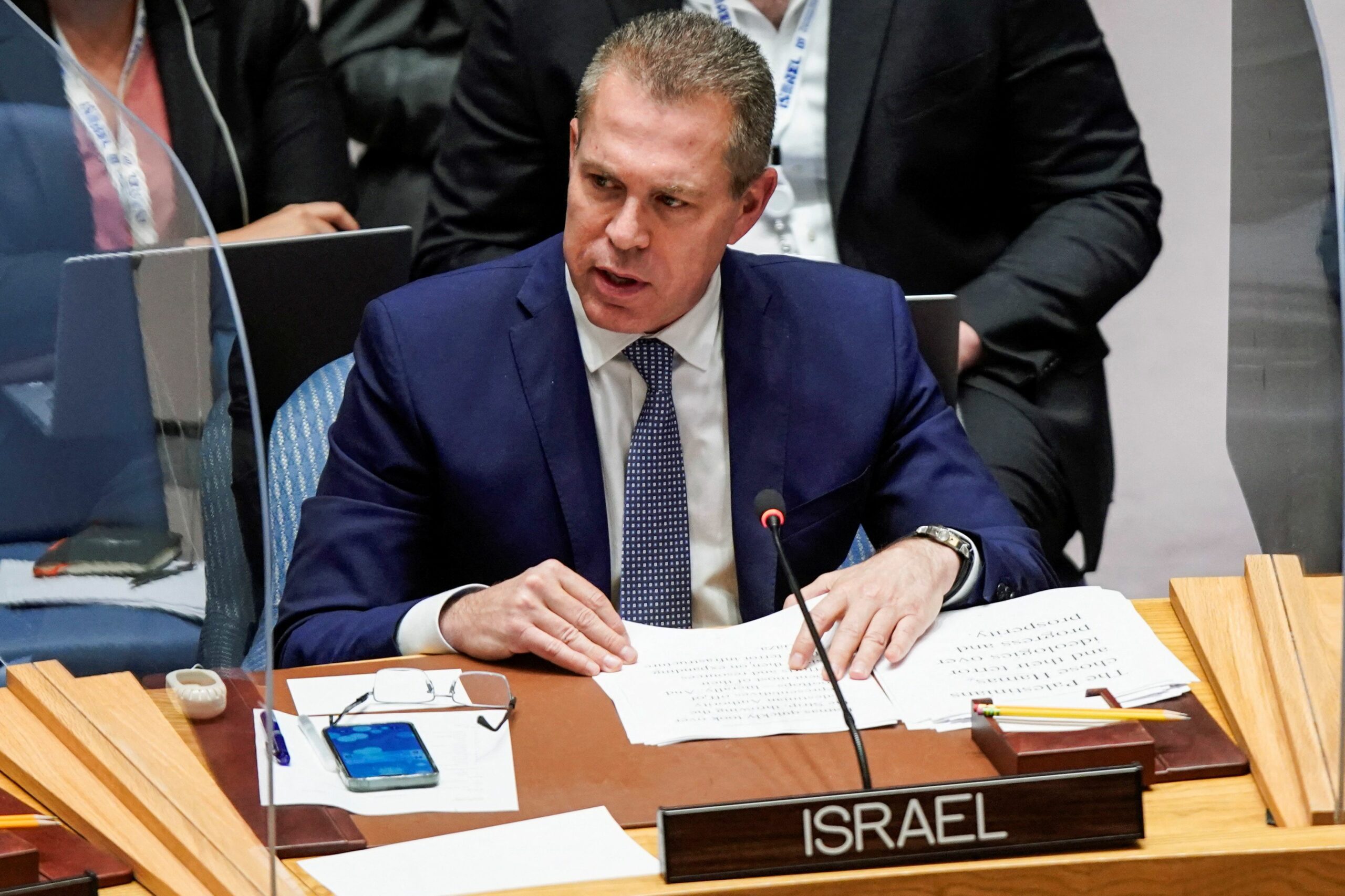 Israel’s ambassador to the United Nations, gilad erdanwithdrew Wednesday morning ahead of the Iranian president’s remarks ebrahim raisi on the general Assembly and left one photo of their grandmothers survivors of the Holocaust in the Israeli seat.

The gesture was a protest by the Raisi’s recent comments that sought to cast doubt on the Holocaust.

“This is a new moral low point for the UN”Erdan said as he left the room. “A mass murderer who denies the Holocaust gets the UN platform to spread his despicable hatred. Any ambassador who stays in the room to hear it should be ashamed.”

He continued: “While the Ayatollahs’ regime in Iran oppresses its citizens, murders women who do not wear head coverings, and finances terrorist attacks around the world, here at the United Nations, which was established to prevent such atrocities, the president of Iran, murderer and Holocaust denier Raisi, is given a platform to spread his hate.”

“He asked for proof… here are my surviving grandmothers from Auschwitz”, he later added on Twitter.

The day before, the ambassador had asked the Secretary General of the UN Anthony Guterres that will not leave “that denier a world stage to spread anti-Semitism and hate”, after the Iranian president questioned the Holocaust and called Israel a “fake regime” in an interview on the “60 Minutes” program of the CBS.

Asked if he believed that the Holocaust happened and that 6 million Jews were killed by the Nazis, Raisi replied: “The historical facts must be investigated by researchers and historians. There are some indications that it happened. If so, they should allow it to be investigated.”

Before the General Assembly of the United Nations this Wednesday, Raisi also described Israel as a “savage power” and insisted that Iran’s nuclear program is peaceful.

Raisi is also known by the nickname of “The Butcher of Tehran” for his role in the execution of thousands of political prisoners in the late 1980s.

Hundreds of Iranian dissidents protested against Raisi outside the United Nations during his speech, as they have done all week, even massing in front of their hotel in New York.