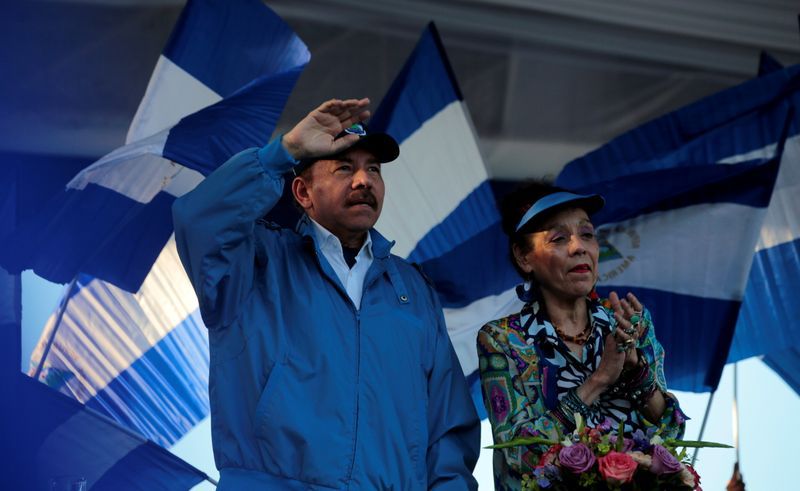 The president of United States, Joe biden, prohibited Daniel Ortega and the rest of the Sandinista administration that governs Nicaragua from entering the North American country. The decision came shortly after a new round of sanctions that came after the electoral farce that allowed Ortega to consecrate himself in the elections.

“The repressive and abusive acts of the Ortega government and those who support it force the United States to act. The repression against opposition leaders, civil society leaders and journalists in preparation for the Nicaraguan presidential and legislative elections of November 2021 damages the institutions and processes essential for the functioning of a democracy. Authoritarian and undemocratic actions have paralyzed the electoral process and stripped the right of Nicaraguan citizens to choose their leaders in free and fair elections.“Said President Joe Biden, through a statement released by the White House.

For Biden, the detention and denial of fair trials to peaceful protesters, civil society leaders, politicians, journalists and presidential candidates stifles political discourse and the democratic process in Nicaragua.

What’s more, notes that the police and prison authorities contribute to the repressive climate promoted by the Ortega regime by carrying out politically motivated arrests and detentions.

“Family members and the media have reported that some prisoners have lost a lot of weight during detention, are unable to walk without assistance, have been held in solitary confinement and are subjected to frequent and extensive questioning. Physical and psychological abuse of political prisoners at the hands of the police and prison authorities is intolerable and cannot be tolerated“Said the Democratic president.

In its statement on Tuesday, the White House denounced that the Ortega regime controls multiple security services, including non-uniformed, armed and masked police officers, who abuse people in order to promote the Sandinista authoritarian agenda.

“Municipal officials, acting under direct orders from the Ortega regime, have directed violence against protesters in their communities and other local actors opposed to the regime.. For example, mayors and mayoralties loyal to Ortega have organized and channeled state funds to vigilante groups involved in violent repression. These municipal officials wield enormous political power and discretionary budgetary authority. The climate of fear established and perpetuated by these municipal officials has diminished the possibility of free and fair elections and has undermined democracy in Nicaragua, ”said Biden.

Yesterday, the Treasury Department imposed sanctions on the Nicaraguan Public Ministry, as well as nine senior Nicaraguan officials, for their role in the “Repression against human rights and fundamental freedoms” behind the “farce”Of the presidential elections of November 7.

Among those sanctioned are the Minister of Energy and Mines, Salvador Mansell Castrillo; the Superintendent of Banks and Financial Institutions, Luis Angel Montenegro Espinoza; and the Vice Minister of Finance and Public Credit, Adrián Chavarría Montenegro.

According to the director of the Treasury’s Foreign Assets Control Office, Andrea Gacki, the “regime” of Daniel Ortega and his wife, Rosario Murillo, is using “Legislation and institutions to detain members of the political opposition and deprive Nicaraguans of the right to vote.”

Likewise, the Treasury considers that the Office of the Public Ministry is “responsible or complicit” in “actions or policies” aimed at “Undermine democratic processes or institutions in Nicaragua.”

The mayors of the cities of Jinotega, Esteli and Matagalpa are also sanctioned, as well as the president of the Nicaraguan Institute of Energy, José Antonio Castañeda Méndez.

As a consequence of the designation of the Treasury, The assets that these entities and companies may have under US jurisdiction are frozen and they are prohibited from doing financial transactions with US citizens.

The United States had previously imposed sanctions on numerous members of Ortega’s close circle, including several of their children.

Nicaraguan President Daniel Ortega won the elections on November 7, in the absence of opposition, after seven candidates for the Presidency who were emerging as its main contenders were arrested in recent months and after the dissolution of three political parties.

Ortega, who returned to power in 2007 after coordinating a Governing Board from 1979 to 1985 and presiding over Nicaragua for the first time from 1985 to 1990, He is now heading towards his fifth term in the midst of ignorance of the process by the majority of the international community, including the United States and the EU.