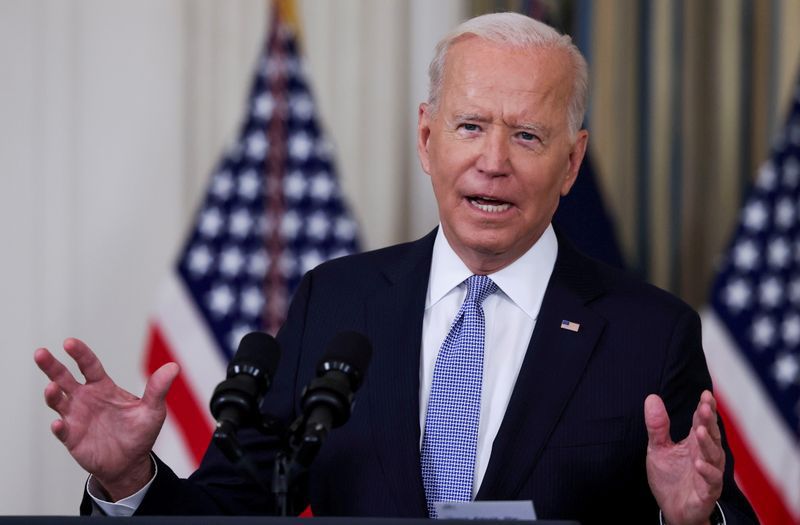 US President Joe Biden said Thursday that he is “considering” a US diplomatic boycott of the Beijing Winter Olympics.

That’s it “Something we are considering”Biden said in response to a question from reporters at the White House at the start of his bilateral meeting with Canadian Prime Minister Justin Trudeau.

The Beijing Olympic Games will take place from February 4 to 20. Several Republican hawks urge Joe Biden to announce a total boycott, both by the authorities and sports competitions to denounce the repression of Uighur Muslims in Xinjiang, China, described as “genocide” by the United States government.

Many elected officials on various sides, including Democratic House Speaker Nancy Pelosi and Republican Senator Mitt Romney, advocate for this diplomatic boycott. “I am hopeful that the government will send a strong message to the Communist Party of China without punishing American athletes.Romney said Tuesday.

China vigorously protested when Nancy Pelosi defended this measure in May.

The decision to boycott the Games could lead to a further increase in diplomatic tensions between the two superpowers., a few days after the virtual summit between Biden and his Chinese counterpart, Xi Jinping, which was supposed to establish “safeguards“To prevent their many differences from degenerating into conflict.

For months, the US government has been looking for the best way to position itself against the February Winter Games organized by a country that accuses of perpetrating a “genocide”Against Uighur Muslims. Several human rights organizations accuse Beijing of having interned at least one million Muslims in Xinjiang in “re-education camps.”

The Chinese authorities systematically denounce “interference” by Westerners who condemn this situation, assuring that they are “Vocational training centers” to support employment and combat religious extremism.

Legislative initiatives against the Beijing Games

In recent months, resolutions and bills have multiplied in the United States Congress, some aimed at punishing companies that agree to sponsor the Winter Olympics, others calling on the International Olympic Committee to move the competition to another country.

“The United States must institute a full and complete boycott of the Winter Games. The threat to our athletes and the crimes against humanity committed by China leave us no other choice, ”Senator Tom Cotton of the Republican Party’s hard-wing said Thursday.

On your side, the United States Olympic Committee opposes such a radical solution and explains that the Games are important after months of a pandemic.

I declare that the boycott of the Moscow Games in 1980 by the United States and some 60 other countries, and of Los Angeles in 1984, by the Soviet Union and its allies, had shown that using these events as a “political tool” ” It was a mistake”.

The wife of the former head of Interpol detained by China showed herself for the first time and spoke about the regime: “It is the monster that eats its children”

China manipulates its anticovid app to control the movement of dissidents