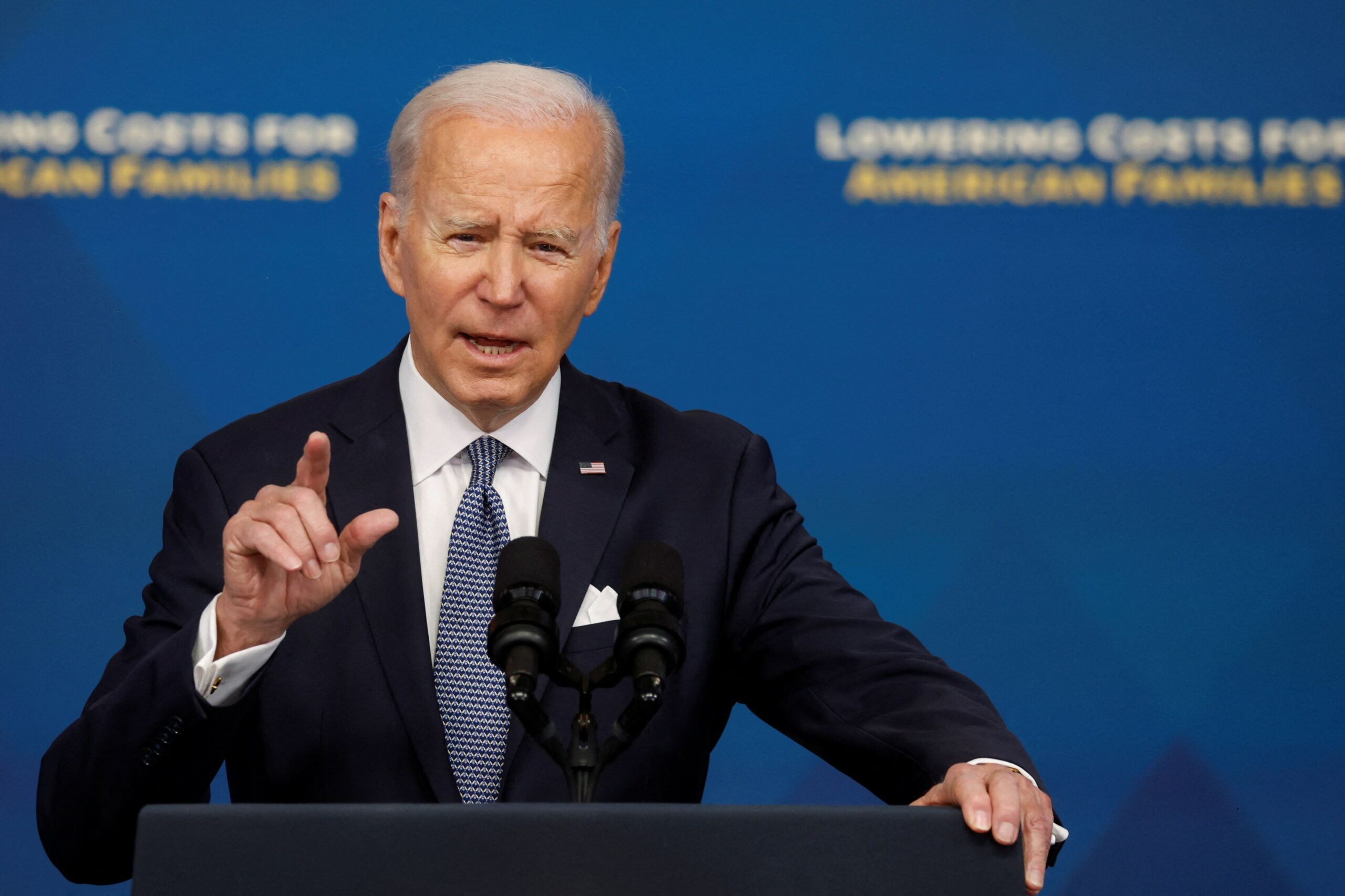 The inflation in the United States it is clearly headed in the “correct address”the president said on Thursday Joe Bidengiven that the data from the government showed that consumer prices rose at the slowest pace in more than a year.

“However, we still have more work to do, but we are clearly moving in the right direction, and there is more breathing room in store for American workers and families,” Biden told reporters.

The president’s remarks came after official data showed that 12-month inflation in the United States reached its lowest level in a year in December.

This is the smallest increase in the 12-month measurement since October 2021, compared with 7.1% in the rolling year ending last November, according to Labor Department data.

Biden also referred to the conflict generated by the classified papers that They have met at his private residence.

“Everything will be cleared up, I’m sure”pointed out the president, minutes after the White House has confirmed that Biden’s lawyers have found new classified documents from the time he was vice president (2009-2017) in one of his mansions in Delaware (USA).

The president made these statements at a press conference called to assess the inflation data, after which the journalists shouted at the president: “Secret papers next to your Corvette, what were you thinking?”

“Let me talk about all of this, and by the way, my Corvettes are in a locked garage, not on the street. But as I said earlier this week, people know that I take classified material seriously.”the president pointed out.

A few hours after the press leaked it, the White House confirmed this Thursday, through a statement signed by the lawyer Richard Sauber, that the legal team of the Presidency made a search, in collaboration with the Department of Justice, in the residences of Wilmington and the beach of Rehoboth, in Delaware.

The lawyers discovered political and personal roles along with a series of classified documents. All but one of the papers were found in a storage space in the garage of Biden’s Wilmington residence, while one, a single page, was found in an adjacent room. Nothing was discovered at the beach house, Sauber said.

“We are fully cooperating with DOJ review,” Biden said, and, as with the first batch of documents found in the Biden Penn Center offices, the DOJ “was immediately notified” and took possession of the documents.

The find in the think tank took place last November although it was not disclosed until the beginning of this week. Today’s is therefore the second such revelation this week.

It is unknown what motivated these searches, the content of the documents and who decided to send them to those places.

Yesterday, Wednesday, the White House spokeswoman, Karine Jean-Pierrerefused to answer questions from journalists about why the government had not informed before the discovery of the documents, which occurred days before the mid-term elections on November 8.

Jean-Pierre limited himself to saying that the matter is being investigated by the Department of Justice.

Although it bears few similarities, the case is reminiscent of the one that led the FBI to search the former president’s residence donald trump (2017-2021) in Mar-a-Lago (Florida) last August.

Unlike what has happened with the Biden documents, which were handed over to the authorities by the president’s own team, in Mar-a-Lago the intervention of the Department of Justice was necessary to recover the papers.