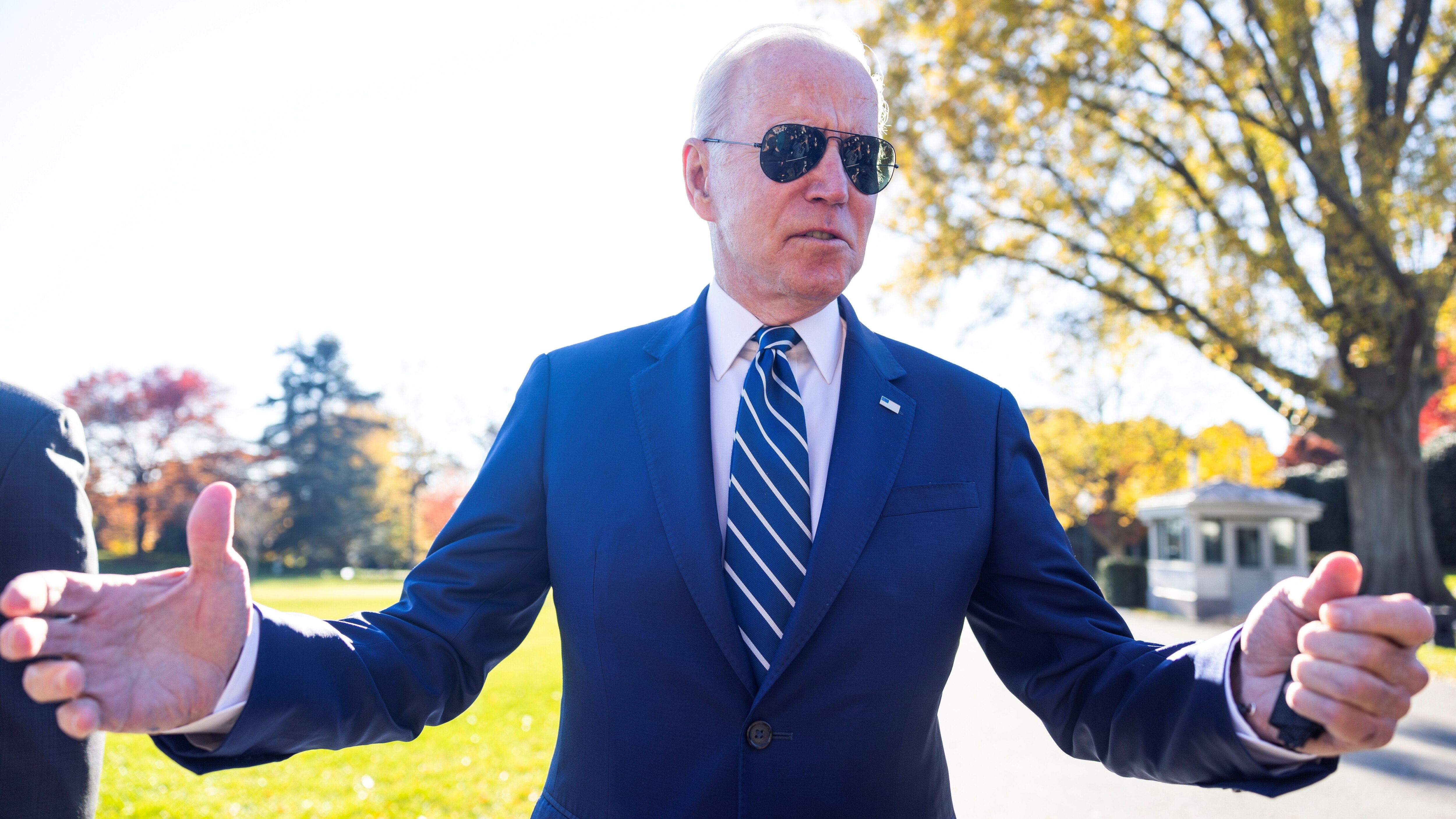 The president of United States Joe Biden turned 79 this Saturday, November 20, amid medical checkups and a drop in polls, despite two legislative victories scored in the last month.

The president, who is the longest-lived in the history of US presidents, he has been questioned for his age during the campaign that brought him to the presidency. He has responded to the questions several times by ensuring that his experience it would help make things better in America.

On Saturday, among the messages received by Biden, the one from former Democratic president, Barack Obama, who with a photograph shared the message on Twitter: “Happy birthday to my friend and brother, POTUS! Thank you for giving us the gift of a better infrastructure. Thankful for everything you are doing to rebuild this country. “

Before leaving for Delaware on November 19 for the weekend before Thanksgiving, Joe Biden lived up to the tradition of ‘forgiving’ two turkeys in the White House.

The president won a legislative victory in Congress on Friday, obtaining a narrow victory in the House of Representatives for his social gesture plan of two trillion dollars.

Earlier this month, Biden signed into law the bill creating the largest infrastructure plan in the United States. in more than half a century, in an unusual bipartisan celebration in the White House. The $ 1.2 trillion project will help fix bridges and roads, change water pumps, build a charging network for electric vehicles and expand internet broadband. However, the president is going through a time of low popularity, justified above all by the increase in the cost of living in the country.

Hours earlier on Friday, Biden underwent a medical check-up that also included a colonoscopy under anesthesia, and that forced him to transfer his powers for an hour and 25 minutes to the vice president Kamala Harris, who briefly became the first woman to hold presidential prerogatives in American history.

Biden is “healthy”, “strong” and is “fit” to fulfill his role President of the United States, his doctor confirmed after he underwent the checkup.

The president takes three prescription and two over-the-counter medicationshe added. Compared to your last checkup, December 2019, Biden has increased stiffness when walking and his frequent cough is due to gastroesophageal reflux, he detailed.

The doctor Kevin O’Connor, after the checkup, attributed these changes to ailments without the greatest severity.

It also found a “mild” neuropathy (nerve problem) that It affects the feet and the aftermath of a fracture that explains why I walk more rigidly.

The colonoscopy was “reassuring,” said the doctor who has cared for Biden for 13 years. The report reveals data such as that the president of the United States measures 1.82 meters, weighs 83 kilos, wears contact lenses, does not smoke or drink and practices sports five times a week.

The checkup too lists the benign conditions you suffer from, apart from your gastric and mobility problems: “Nonvalvular atrial fibrillation”, a “stable” heart condition under treatment, a high level of lipids in the blood, which also treats, allergies and arthritis.

Although Biden has already made public that he plans to run for a new term in 2024 it is speculated that he could resign due to his age, thus becoming a transitional president, and handing over the government to the current vice president, Kamala Harris.

Biden promised transparency about his health status. Some supporters of Donald Trump do not miss the opportunity to raise doubts publicly, more or less indirectly, about his physical health and lucidity.

In 1988 he had a serious health problem: He was rushed to the hospital after a ruptured aneurysm and a priest was called to give him the last rites.