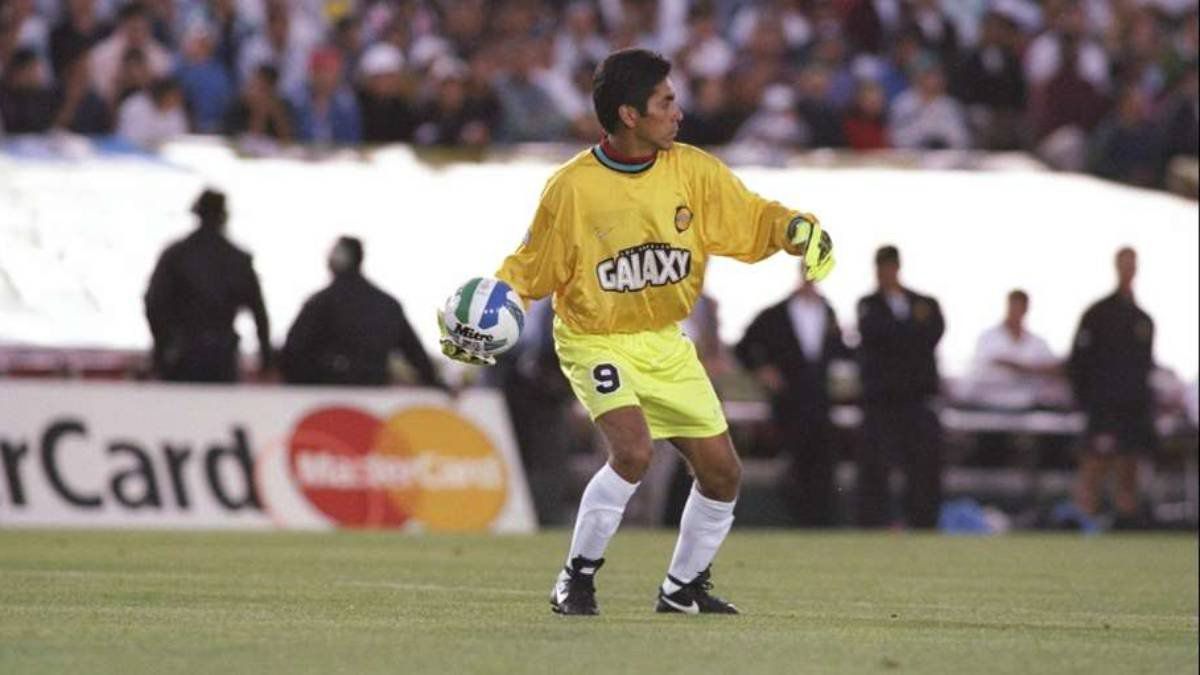 One of the Mexican soccer legends of the 1990s is Jorge Campos. The inmortal He played for different teams in Liga MX but also had a brief stint in the Major League Soccer (MLS) in USA and there he noticed the danger that was coming for Liga MX and specifically, for the Mexican National Team.

On nineteen ninety six signed with Los Angeles Galaxy to start a new stage outside of Mexican football. In different statements of that time, he commented that American football was growing rapidly and that It could be the surprise of beating Mexico.

Different sports critics and fans did not believe the statements of the Brody but now that the box The stars and stripes he already beat the Tri in three different tournaments, the prediction of Jorge Campos was fulfilled.

Recently in an interview with ESPN He remembered what he said 25 years ago and how it is that no one in Mexican football believed him and they called him “crazy”. Although he warned of the competitive quality that MLS was having and what could be reflected in his selection, in Mexico he was not taken into account and the former national goalkeeper was ignoredEven his comment was discredited, according to Campos himself.

“I went to MLS and saw their project, I commented that because of their organization it was growing, that the United States was growing and in the future it was going to beat us”

He also stated that he was singled out by the national press as someone who was trying to look good with the league that had barely been three years since its creation in 1993. It should be remembered that in 1996 it had its first official season, the date on which The inmortal Fields arrived at the Galaxy.

For ESPN He was sincere and recounted all the criticism he received for stating that MLS could beat the soccer of the Mexican First Division in the future.

“They criticized me and said that I was wrong, that I wanted to look good with MLS. They said a thousand things, that he was crazy “

Another of the recent defeats that were added to Gerardo’s list Tata Martino was against Canada in the last game that the Mexican National Team had in this 2021. And for Jorge Campos it is the consequence of the confidence that he showed Tri.

On the other hand, he pointed out that his projection did not fail. When he left Pumas and looked for a new panorama to continue his career, he explained that he chose the MLS because of the speed with which he grew up and saw in them an ideal setting to play as a striker and goalkeeper. He also reproached that the Mexican Football Federation (FMF) does not learn from mistakes.

“I was not wrong. I pointed out that the United States project was the best I had seen and that is why I had decided to go there, for the future that came from MLS. It’s incredible that we don’t learn, ”he said.

He also emphasized that both Americans and Canada will continue to grow and that if Mexico does not prepare, things will get complicated in the Concacaf scene.

During this 2021 the Mexican National Team lost on three different occasions to the United States National Team, the first was in the Nations League, later they fell in the final of the gold Cup and they let the Americans keep the trophy. Both tournaments of the summer.

The most recent was in the World Cup qualifiers Course to Qatar 2022 and with a 2 – 0, Mexico experienced a new defeat that put the era of the Tata Martino.

The controversial request of Bofo Bautista to the Mexican National Team