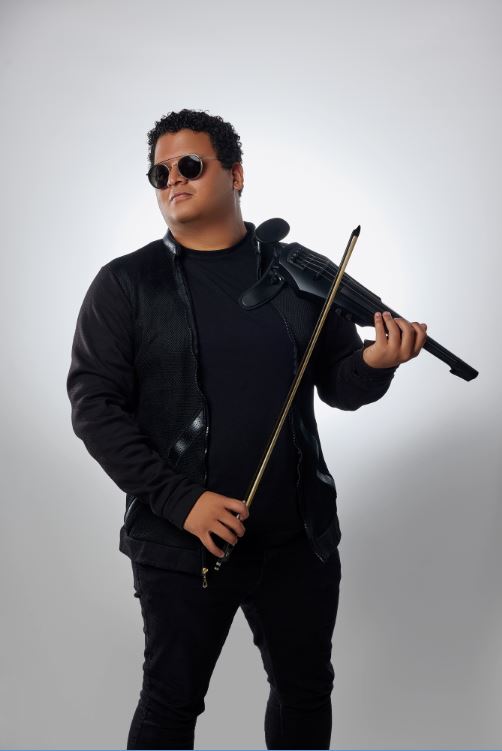 He expresses that he visualizes his work traveling the world. It was part of the 94th edition of the Oscars

The 35-year-old Venezuelan musician José Meza Cadenza, based in Miami, Florida, in an interview, revealed how his interest in creating musical arrangements arose.

“Everything is mainly based on what I like, or if it were a work team, what we all like together.” “Over time I have learned to expand my tastes more with respect to everything that is playing at the moment,” she said. He said that: “Since I was little there were movies, series and video games where what mainly caught my attention was the musical aspect, and that has been something that has stayed with me forever.” “My first musical arrangement was songs by Coldplay, one of my favorite bands, and that’s when I started experimenting with my violin and the versions.” “Later, everything that I like and that I feel that I could contribute something different and interesting with my violin or the strings, I don’t take a lot of time to work on it and offer my version”.

“I am lucky that it has been liked by everyone and that is why it has managed to attract millions of people with my proposals, as was the case of the 94th edition of the Oscars where during the presentation of the song «No se habla de Bruno » from the movie Encanto, the videos of all the musical arrangements of this melody were projected on a giant screen inside a globe, which I thought was a great achievement.”

When talking about the musicians who are his inspiration, he expressed that “I am currently following the work of the English musician Jacob Collier a lot, he seems to me a genius of this generation and what he achieves in his compositions is incredible.”

“I like a lot of artists who experiment a lot with music, including New Zealand singer-songwriter and multi-instrumentalist Kimbra is an artist I have followed for a long time and had the opportunity to meet in Houston, Texas on her US tour” . “Cory Wong is another example of what I would like to achieve on stage, he is an incredible musician, surrounded by tremendous musicians with a charisma that is contagious.”

“Spanish-speaking, I have had a lot of inspiration recently, including the Spanish singer Rosalía, her staging is impressive for the minimalist nature of her show.” “I have great admiration for the work of the C4 Trio, who are an example of perseverance and an incredible group of Venezuelans, extolling the talent of our country.”

“I think I have a longer list, but those would be the main ones that come to mind at this stage of my life.” Of the scenarios where he would like to perform, José Meza Cadenza said: “I visualize my work traveling the world.” “Having had the opportunity to play in countries where the response is admiration for the musical work I do, makes me know that there are no borders and that I have the advantage that there is no language on my instrument.”

“I would like to know more cities in the United States and cover songs from the cities that I have yet to visit, likewise, I imagine myself in Japan or Korea on a stage full of lights and lots of music.” “I see no limits to my musical proposal.”

He stated that he is flattered to be part of large social events. “I have had the joy of working with people who follow what I do and have let me know their admiration for it, that is something for which I am extremely grateful.”

“These special moments are definitely memories that will remain for life in those who decide to do them, and music is a fundamental element of them, for me it is an honor and a challenge, sometimes I have to work on musical arrangements of songs that I had never heard and exploring the unknown with music is a very enriching experience”.

“Having participated in these great events has also allowed me to be an accomplice to these surprises and therefore my creativity is present in the general idea of ​​the event, so I am constantly learning and suggesting ideas based on what I learn from each occasion, which should be highlighted , one event is never the same as the other”.

José Meza Cadenza advised young people who want to start music, not to stop believing in their potential, to study, prepare and be constant in their project.

“I think adapting to changes quickly helps the musicians of the new generations, since, from my experience, the initiative to make viral videos, current issues and ride the wave of social networks was what led my project to the top. most important point of his career. He pointed out that he is currently working on the internationalization of his group project called Cadenza The Group.

“I would like the whole world to know about all the potential that there is to offer there.” “I want us to be able to take our proposal to all corners of the world and for this it is necessary to internationalize the brand.”

“Thanks to that, I am already taking the steps that have opened doors for me to important names such as Disney, the Academy of the Oscars and the Latin Grammys, and I also want more important figures and names to know about what we do.”