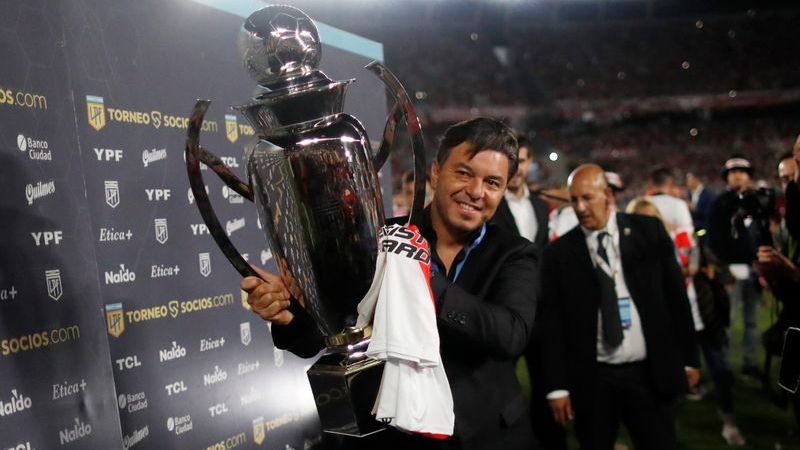 One of the great doubts that exists in South American football is whether in Europe they really pay attention to what happens outside the Old Continent or not. With so many competencies in parallel, it is difficult to follow the activity all over the world and the person who received the consultation in this regard was Josep Guardiola. The coach of the Manchester City imaginatively crossed the puddle for a few seconds to chat with a journalist about River Plate and the contest that will be held Palmeiras and Flamengo.

“Hello Pep. Sorry for the off-topic question, but tomorrow we have the final of the Copa Libertadores in South America, are you aware of this? “, shot the young man present who broke the theme of the questions for a few seconds. “A little, yes. I know that River Plate won the Argentine league. Congratulations to River Plate and Marcelo Gallardo also for another title. Libertadores is like the final of the Champions League in Europe, right? ”Guardiola replied. It is not the first time that the one born in Sampedor highlights the work of the Doll with the Millionaire.

The journalist quickly counterattacked: “I asked that because in South America we have the impression that in Europe they do not pay attention to that competition. But we have two Brazilian teams in the final, Flamengo and Palmeiras “. The Spaniard, interested in the consultation, sought to clear up the doubts. “You try to pay attention but we have a lot of games here in Europe every day. We do not pay attention because it is too late when they play and our work is too tiring. If the final of the Copa Libertadores is played in an international window, it would be there. I would even travel to look at it “, argument.

The fun exchange didn’t end there. “To end, BBC will be broadcasting the game tomorrow afternoon. Any chance to watch the final? ”The South American emissary once again attacked. “What time do you play tomorrow?”Pep responded that when he found out that the initial whistle is stipulated for 8 at night in England, he changed his expression. “Oh, it’s a good time. Maybe I will see it. If I have the day fixed, I will see it. Maybe I will look at it. Thanks for the info”, Pep concluded.

Bomb in the European playoffs for the Qatar World Cup: Italy or Portugal will be left out

FIFA raffled off the new playoff keys for the Qatar World Cup: who will the qualifier of the South American Qualifiers play against

PSG denied the departure of Pochettino, but in France they are already analyzing the “Zidane method” to win the Champions League