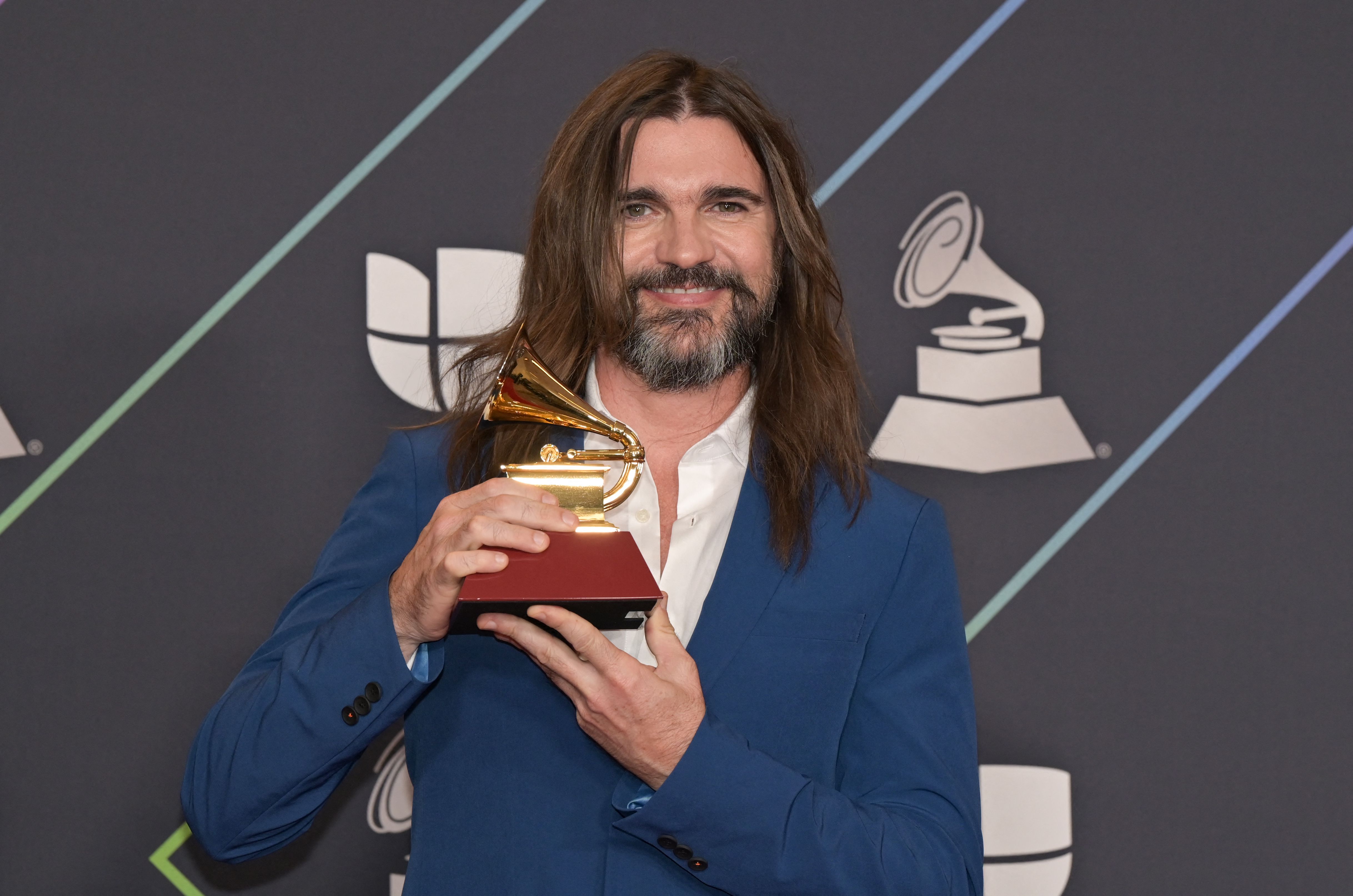 The Latin Grammys were held this Thursday, November 18 from the stage of the MGM Grand Arena in Las Vegas, Nevada, amid the hubbub of being able to hold an award of this magnitude again face-to-face in the midst of the pandemic that continues to wreak havoc on the world.

The maximum celebration of Latin music has been decked out at night with the presence and performance of great figures from the Spanish music scene. On the stage, the public could enjoy the performances of characters from the Latin scene such as Mon Laferte, next to Gloria Trevi, Danna Paola, Ozuna, C. Tangana -who astonished with his performance from a table-, Juan Luis Guerra, Maná with Alejandro Fernández and Grupo Firme.

One of the top performances of the night has been that of the Colombian Juanes, who along with his Mexican colleagues Rubén Albarrán and Meme del Real, from the Mexican band Café Tacvba, took the stage to perform a great classic of contemporary Mexican music.

The classic I have no money, by the late composer Juan Gabriel, was presented live by the artists, with a black and white broadcast on television to give the retro style that the Colombian has already given to the single which he released months ago on his winning album Origin.

Derived from his documentary, available at Amazon Prime, the interpreter of I pray to God, He joined forces with the Mexicans to sing the song dressed in the same navy blue suits, old-fashioned The Beatles. With this remembrance and double tribute, the artists emulated the classic presentations of the Liverpool foursome more than 50 years ago, now honoring one of the emblematic compositions of the so-called Divo of Juárez.

On stage, Meme shone, who with his jarana accompanied the classic song, while Juanes rocked with his Fender guitar and Rubén infected with his performance in tribute to the legendary composer who died on August 28, 2016 in Santa Monica, California.

I have no money, released in 1971 for their debut album The young soul by Mexican icon Juan Gabriel it was just the beginning of a large number of masterpieces composed by him over more than 45 years of prolific career, composition that was taken up by the Colombian star and ” los tacvbos ” to decorate the gala that was attended by prominent Latin artists such as Rubén Blades – who was awarded the Person of the Year award – Gloria and Emilio Estefan, Natalia Lafourcade and Carlos Rivera – who in addition to presenting the award ceremony, also sang to open the gala the theme This afternoon I saw it rain– in homage to the late composer Armando Manzanero-.

The topic I have no money was included in the multi-nominated album Origin, where Juanes experiments with his musical roots and mostly Latin influences that determined its sound. The artist, interpreter of other themes such as Black shirt and Pay attention He has been one of the most nominated throughout Latin Grammy history, having won two medals to date.

The Colombian made his country proud tonight by winning a Latin Grammy in the number edition 22 of the gala, to Best Pop Rock Album with his musical work entitled Origin. “Thanks to the HP Academy we won the Grammy for best pop rock album, damn it !!!!!!!!! Dedicated to my Colombia Medellín Amada ”, wrote the artist on Twitter.

For its part, the Mexican alternative rock band, Café Tacvba failed to win the Grammy for which she was nominated, Best Alternative Music Album with Your Album A second MTV Unplugged, being defeated by Nathy Peluso and his album Muscle cramp.

Latin Grammy 2021: the looks of the red carpet

All the winners of the Latin Grammy 2021