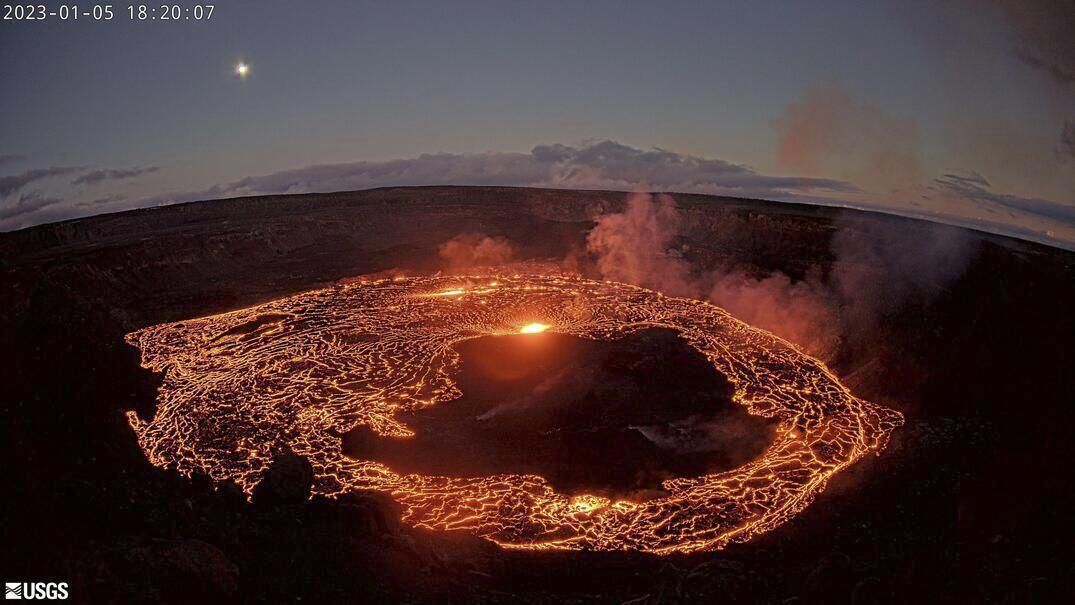 The Hawaiian Kilauea entered into rash inside the summit crater on Thursday, the United States Geological Survey (USGS) said, less than a month after the volcano and its neighbor mauna loalarger, stop spewing lava.

The Hawaii Volcano Observatory detected a radiance on webcam footage indicating that Kilauea had begun to erupt inside the crater halemaumauin the volcano’s summit caldera, the agency explained.

Kilauea’s summit is within the Hawaii Volcanoes National Park and away from residential areas.

The US Geological Survey had raised the alert level for the volcano earlier on Thursday in the face of signs of magma movement below the surface of the summit, an indication that it could erupt.

Kilauea is one of the most active volcanoes in the world. Its last eruption began in September 2021 and lasted 16 months. For almost two weeks, starting on November 27, Hawaii had two volcanoes spewing lava side by side when Mauna Loa erupted for the first time in 38 years. Both ceased their activity almost at the same time.

On those days, those who visited the park were able to see the lava from both eruptions at the same time.

The observatory plans to continue monitoring volcanoes for signs of new activity.

ken honthe scientist in charge of the Hawaiian Volcano Observatory had explained that, generally, there is a period of “cooling” three months before an eruption can be considered to have ended.

The USGS said the volcanic gaswhich consists of sulfur dioxide and other gases, could produce a visible mist of volcanic smog that has been observed downwind of Kilauea.

Volcanic smog has the potential to generate health risks into the air for residents and visitors, causing respiratory difficulties and also damaging agricultural crops.

However, the eruption of Mauna Loa hasn’t had any impact and remains calm, the USGS said.

The shocking aerial images of the eruption of Mauna Loa, the largest active volcano in the world

The Mauna Loa volcano in Hawaii erupted after 40 years: it is the largest in the world

A volcano in El Salvador erupted