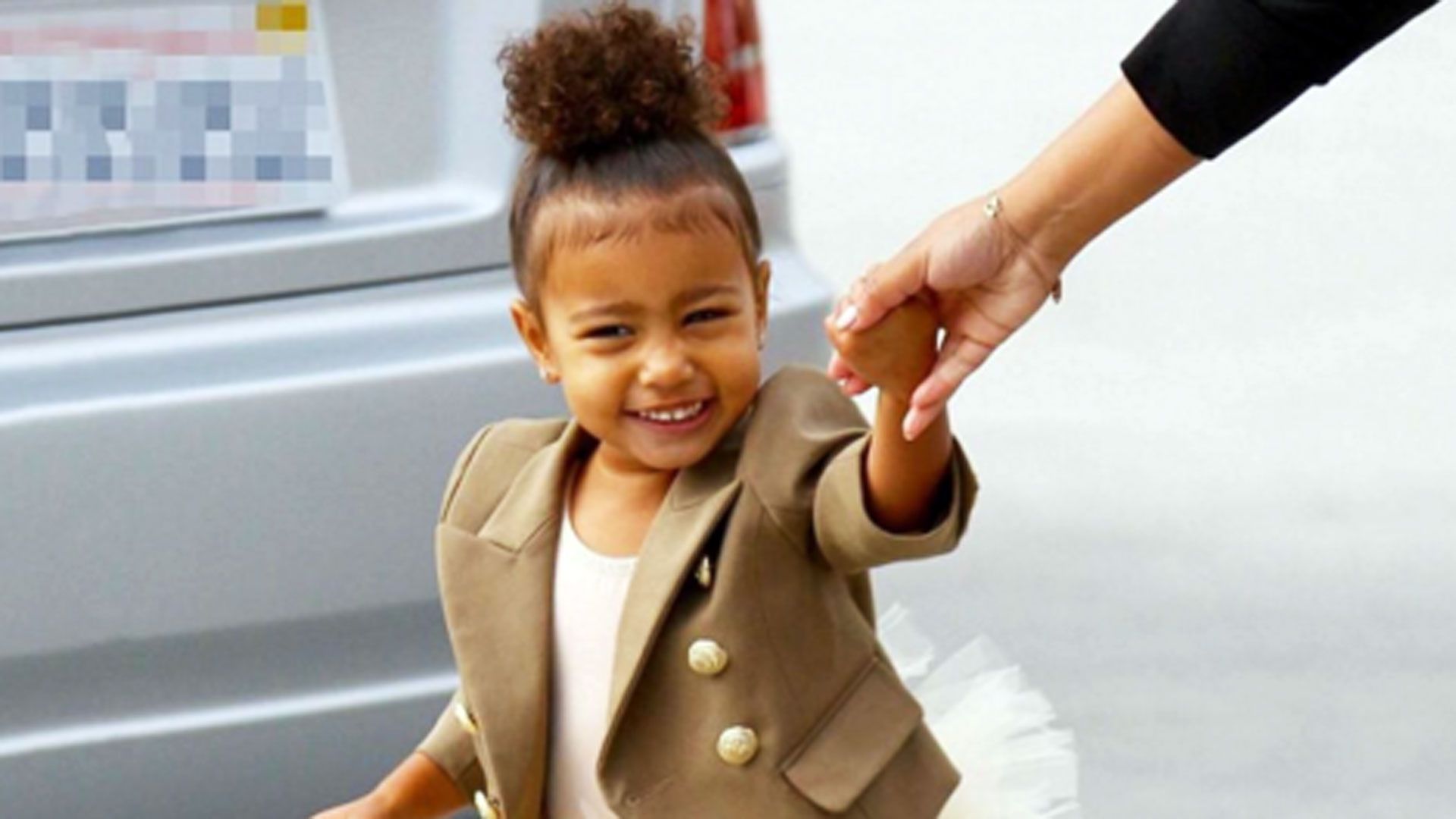 North West or Nori, as her family calls her, was destined to become a fashionista icon. Being the daughter of Kim Kardashian, one of the celebrities with the highest level of exposure on social networks – on Instagram she has almost 60 million followers – who sets a trend every day with her various looks and Kayne West, the rapper of the moment, it was almost inevitable that the little girl was not an “it girl”.

At just two years old, Nori was the first girl in the world to wear a Balmain jacket, a custom-made design that mimicked the blazers worn by her parents, which inspired the firm’s creative director, Olivier Rousteing, to love develop a line for boys.

Thus, Rousteing announced on his Instagram account the launch of “#miniBalmains a line dedicated to children and adolescents between six and fourteen years old.

“I think the first time I thought about designing children’s clothing was when I designed custom pieces for North … I talked to Kim about this and that’s how I understood that the Balmain universe should also belong to children,” said the director. to Bustle magazine.

The collection, which will be on sale from next June, will consist of 55 pieces in which the military style will prevail. The big star will be the blazer that suits Nori so well in khaki and white with gold buttons. Much of the garments will be miniature replicas of the adult collection, but will also include dresses with tutu skirts and silver thread brocades, the girl’s favorites.

The prices will be in line with those of the maison: the most accessible garments will be around 205 dollars (t-shirts) and the surrounding dresses will rise towards USD 5,950.

Rousteing announced that, like Nori, other of his muses will be the daughters of supermodels Alessandra Ambrosio and Adriana Lima.

At just two years old, Kim Kardashian’s daughter has her own stylist and an increasingly bulky wardrobe. The most important brands, such as Chanel, do not stop sending you custom-made pieces.

Likewise, her mother confessed that she entrusts luxury firms such as Givenchy or Hermès with various tailored outfits in order to look just like her little girl.

Her style is across the street from what any girl would wear. It could be defined as glam, eclectic and rocker, a West-Kardashian fusion. The little girl’s favorite color is undoubtedly black, which she wears in looks that incorporate leather, chains and boots.

Ballet lover, Nori is a huge fan of tutus, which she matches with Balmain jackets. In addition, the little girl usually wears clothes created by her father, with which she also knows how to carry “street style” to perfection.