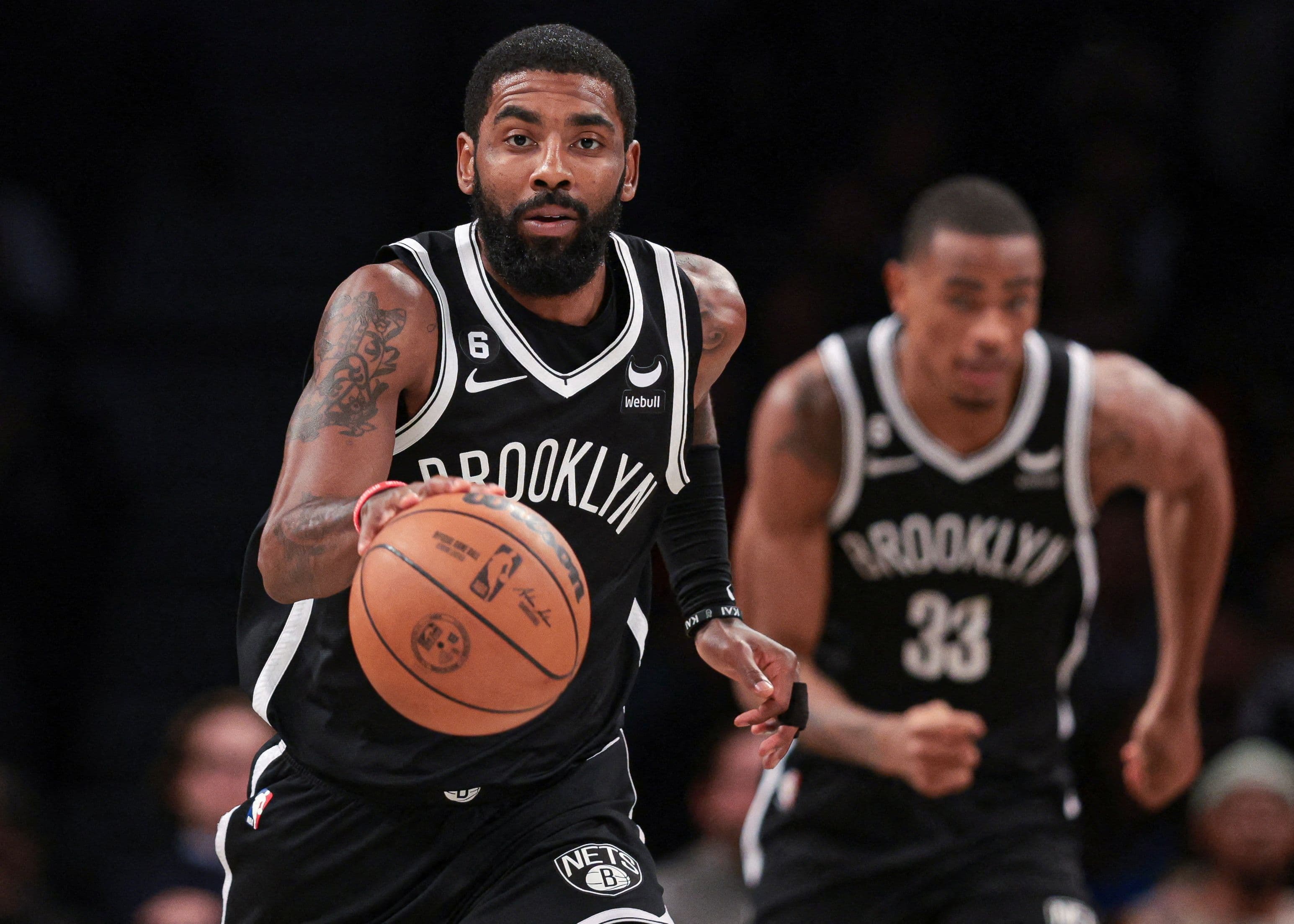 The star of the Brooklyn Nets, Kyrie Irvingapologized again to the Jewish community after he promoted a movie with antisemitic contentan action that cost him a suspension of at least 8 gamess in the NBA since November 3.

“I just want to deeply apologize for all my actions during the time that has passed since the post was first leaked,” he added.

“I have had a lot of time to think. But my focus, initially, if I could do it again, would be to heal and repair many of my close relationships with my Jewish relatives, brothers and sisters.”

The talented and controversial Irving, one of the stars of the Nets along with Kevin Duranthas been in the eye of the hurricane since the end of October after posting a link to the film on their social networks “Hebrews to negroes: wake up black America” (2018), which includes content considered anti-Semitic.

After the publication of his interview, Irving could return from suspension for Sunday’s game of the Nets vs. Memphis.

“I am not antisemite. I’ve never been”, Irving remarked to SNY. I have no hate in my heart for him. Jewish town nor by anyone who identifies as Jewish. I’m not anti-Jewish or anything like that.”

“And it’s been hard sitting at home with my family watching all of this and having questions… I’m not anybody’s idol, but I am a human being who wants to make an impact and change. To do that, I have to live responsibly and set a better example for our youth. For my generation…”

Unfortunately, in that process I hurt some people and I’m sorry. I didn’t mean to hurt. I didn’t want to be turned against any community,” Irving closed.

Irving met with the commissioner of the nba adam silver and the owner of the Nets Joe Tsai during his suspension and both acknowledged that they do not believe he has anti-Semitic views.

Star point guard Ja Morant will be unavailable with Memphis because of a sprained left ankle suffered Friday.

In early November, Nike announced the suspension of its sponsorship relationship with Kyrie Irving, following the controversy caused by his posts on social networks.

“At Nike we believe that there is no place for hate speech and we condemn any form of anti-Semitism,” the company said in a statement collected by US media.

“We have made the decision to end our relationship with Kyrie Irving immediately and will not be releasing the Kyrie 8. We are deeply saddened and disappointed by this situation and its impact on everyone,” he added.

Nike signed Irving in 2011, the year he made his NBA debut as the No. 1 draft pick, and released its first line of shoes dedicated to the point guard in 2014.

Scandal in the NBA: a young promise was denounced for undressing in front of the San Antonio Spurs psychologist

The salary of the NBA mascots: who is the character who earns up to 10 times more than the rest

The NBA redemption: the documentary that the United States put together to tell how it got up from the knockout blows that Argentina gave it