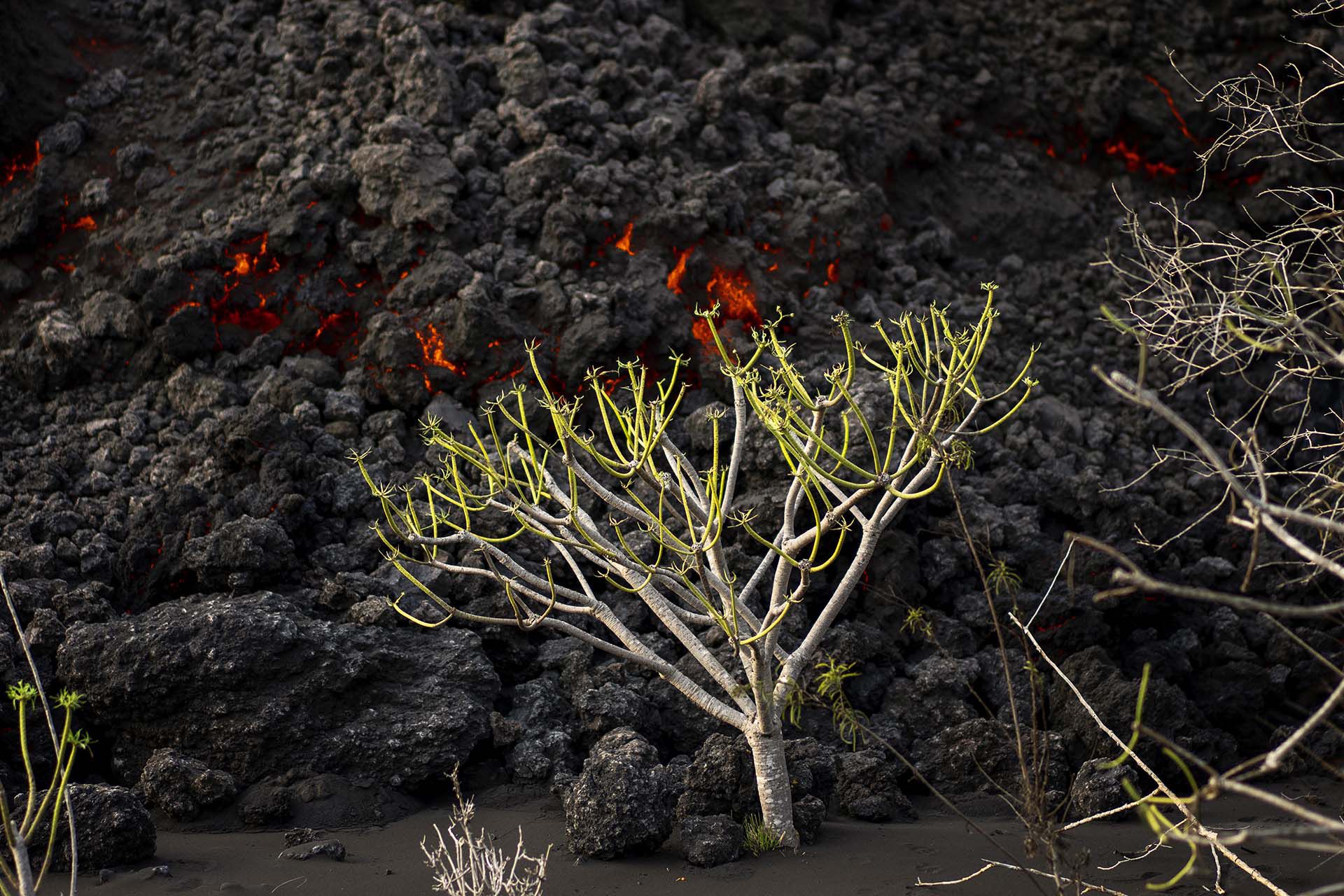 Scientists monitoring the volcano that has been erupting for almost two months on the Canary Island of La Palma detected this Wednesday an appreciable change in the eruption, with a notable increase in seismicity at intermediate depths and a high ash emission.

These emissions, together with the behavior of the wind in the area, may hamper air traffic on the island as of tomorrow.

The scientific spokesperson for the Canary Islands Volcanic Emergency Plan (Pevolca), which coordinates the actions related to the eruption, Maria Jose Blanco, explained that also In the last 24 hours the tremor has increased in amplitude and has reached a medium level.

One of the most worrying aspects in this phase of the eruption is the emission of gases and the possible effect on the population.

The emission of sulfur dioxide has caused levels of “very toxic” gases in some areas, which forced the evacuation at 04:00 hours last morning of the people who work in the desalination plants installed to irrigate the crops in that area of ​​the island.

Yesterday the plume released between 2,000 and 3,000 tons of sulfur dioxide which, although they are high values, are lower than those of the past few days and are far from the more than 50,000 tons registered on September 23.

For his part the diffuse emission of carbon dioxide associated with the Cumbre Vieja ridge fluctuated between 2,200 and 2,500 tons per day, which according to scientists does not pose a danger to the population.

Nevertheless air quality on the west side of La Palma is unfavorable or very unfavorable as for the affection by sulfur dioxide and particles in suspension smaller than 10 microns.

The wind is forecast to roll west towards the end of Thursday morning, in a turn that will cause the ash cloud and sulfur dioxide to turn eastward and therefore, From the early hours of Thursday to Friday, the scenario will be unfavorable for aeronautical operations., mainly at La Palma airport.

Scientists have further warned that probably next week an Atlantic storm will approach the Canary Islands, which will cause an increase in atmospheric instability in the area of ​​the eruptive center.

In addition, the scientific spokesperson for Pevolca has stressed that seismicity has increased notably at intermediate levels, and remains located at a depth of more than 20 kilometers, and today the largest movement has been an earthquake of magnitude 4.7 mgLg registered at 35 kilometers and felt with intensity III-IV.

The latest data show that the area affected by the magma is 1,037 hectares, with an increase of just 2.84 hectares since yesterday, and the maximum width between flows remains at about 3,200 meters.

The spokesperson for the Canary Islands Volcanological Institute (Involcan), David calvo, he told the agency this Wednesday EFE that the volcano It has been “quite” explosive since yesterday, in a situation similar to that of the end of October.

What’s more, the tremor, which is the internal noise of the fluids, has risen, so the eruption “does not look like” that it will end in the short termadded the Involcan spokesperson.

Rising tremor indicates that there is greater pressure in the system, and now it is “practically” like the end of October.

The volcano has completed 60 days in eruption and the damage and inconvenience it causes have increased with the arrival of the first rains, which have turned some areas into “mudflats”, said David Calvo.

Thousands of bees were rescued after 50 days under the rubble of the La Palma volcano: how they managed to survive

Under the ashes: the impressive photos that show the devastation of the La Palma volcano