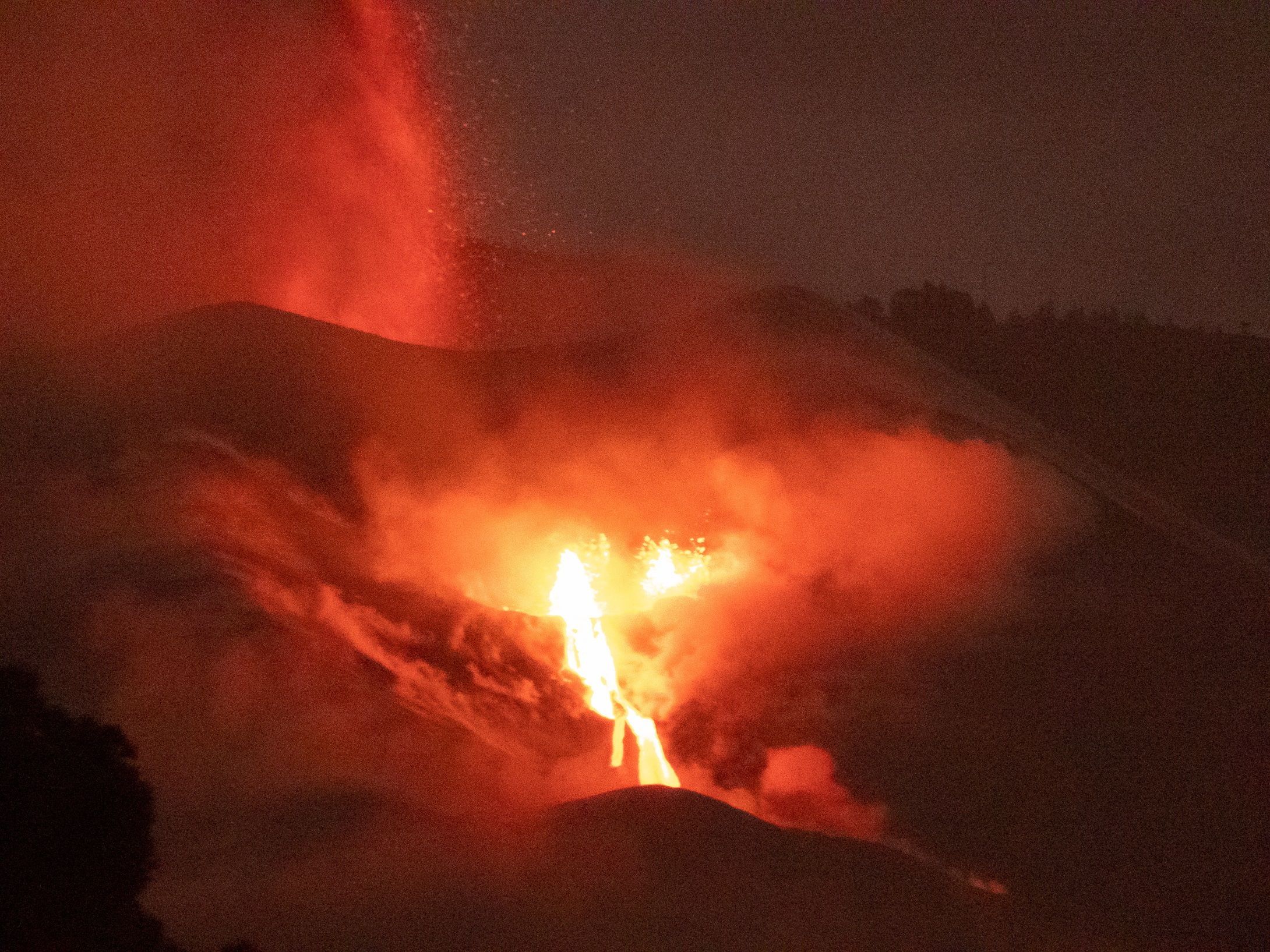 The Spanish island of La Palma today faces a new risk linked to the volcano: the eruption has diverted the waterwaysTherefore, the rains that fall on the island can endanger some coastal areas.

Once the activity of the new fissure that on Thursday it generated a river of lava which swept away everything in its path, the focus is now on the need to improve storm drainTherefore, the experts study what hydrological works to carry out in Los Llanos de Aridane to re-channel the waters and correct the channels.

And it is that the State Meteorological Agency (Aemet) of Spain has raised this Friday to Orange (important risk) the notice in the eastern region of La Palma for heavy rainfall a very strong accompanied by a storm, which is expected to subside during the next local morning, and on Saturday it is expected to rain moderately.

Faced with this situation, the Special Plan for Protection against Volcanic Risk of the Canary Islands (Pevolca) asked the population to avoid areas of troughs and rainwater evacuation due to the serious damage that rain and ash could cause in case of heavy or very heavy rainfall. that exceed 15 millimeters per hour or 60 per day.

Regarding the new fissure located on Thursday to the south of the main cone of the Cumbre Vieja volcano, Pevolca reported that it has no visible activity and is under arrest, although it will continue to be monitored, and specified that it is not a new eruption, but from a fissure in which several emission centers are aligned.

The reopening of an eruptive focus on the eastern flank of the cone has led to the advance of the laundry 10, which on Thursday passed over a cemetery, a field of solar panels and “quite a few” single-family homes, to then advance on previous casts.

Since the September 19th the volcano will erupt, 1,092 hectares have been affected by magma. The lava delta (the so-called “fajana”, the land reclaimed from the sea) of the southern zone has 48.03 hectares, while the northern one extends 5.05 hectares.

According to the cadastre, there are 1,506 buildings destroyed by lava, of which 1,212 were for residential use and 161 for agricultural use

Refering to seismicity, the deep and intermediate are still at low values ​​compared to previous weeks and the tremor is also low, although with rallies. Scientists see the likelihood that felt earthquakes will continue to occur, which can reach intensity V-VI and cause small landslides in areas of slopes.

The trend of the sulfur dioxide emission, the deformation is stabilized and the activity of the airport could possibly recover on Saturday. Regarding the emission of carbon dioxide, they point out that on Thursday it was five times the average of the background levels, which, according to experts, does not represent a problem for the population in principle.

The good news is air quality: good or reasonably good data is available at all stations on the island, both for particles and gases.

Endless crisis on La Palma: a new river of lava destroys everything in its path