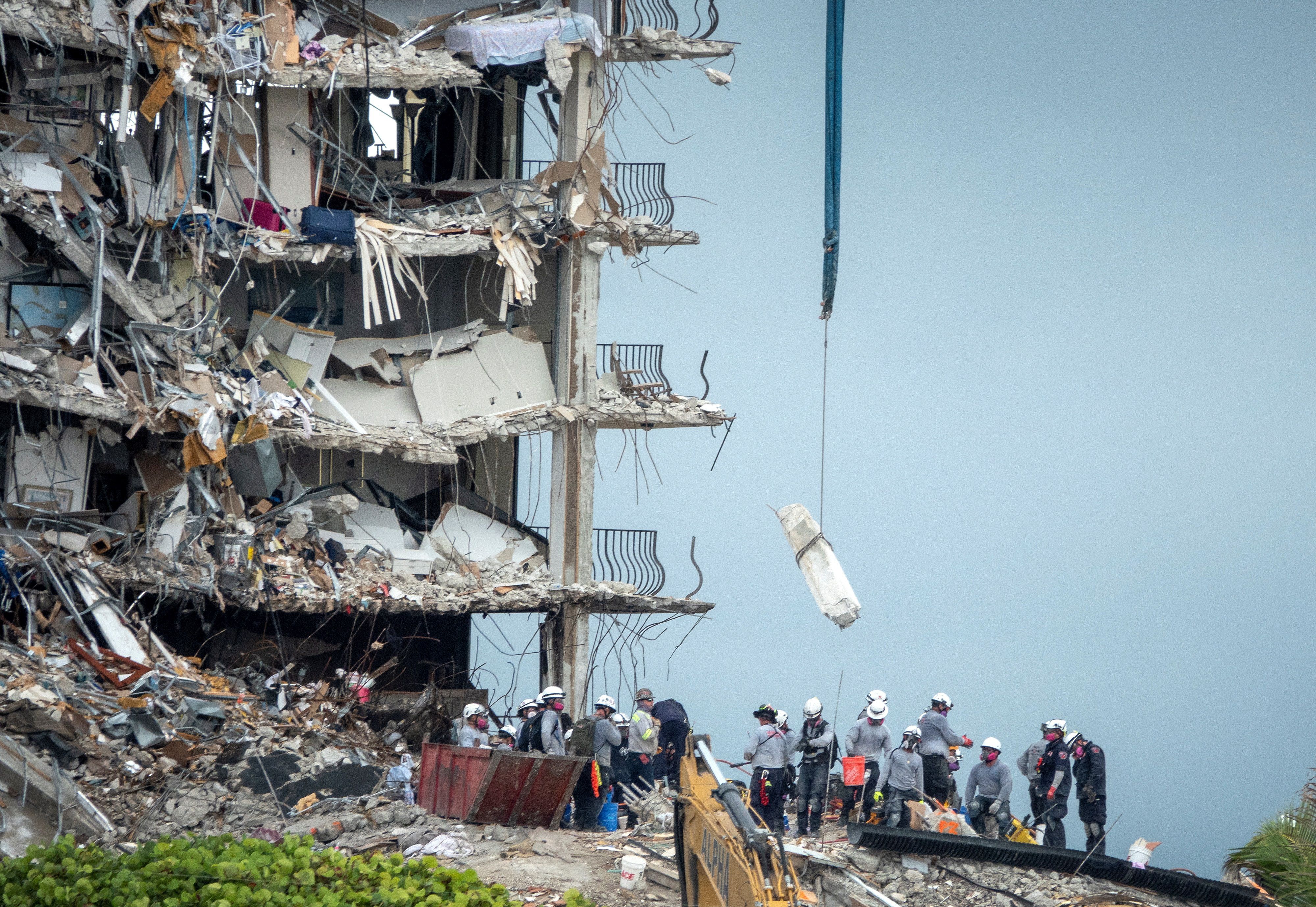 In two days it’s been five months of the worst tragedy South Florida has ever experienced. The abrupt collapse of the tower South Champlain, located in Surfside, one of Miami Dade County’s most elegant beach towns.

The cause of the collapse is still far from being revealed, but as the various investigations progress, more and more are known Errors that added together could have led to the fatal outcome that claimed almost a hundred lives.

It is known by now that for decades there was a chain of negligence. Starting with a faulty design, going through a construction plagued with complications that led three different contractors to take over the work, and ending with years of poor maintenance of the building.

It is also confirmed that there was a chronic pool seepage problem that damaged the foundation. It has also been proven that on that fateful morning of June 24, the first thing that collapsed was the swimming pool. When this happens, a notification was sent to the alarm system, according to reports in the Miami press.

Seven minutes later half of the tower collapsed, with everything and everyone inside. In those seven minutes, in which most of the residents were sleeping, no alarm sounded, as the testimonies of survivors indicate. Neither in the apartments, nor in the common areas, such as corridors or the reception.

By zoning code, every Miami Dade building must have a alarm system for risk situations immediately triggered something happens. If this system had worked, residents of the building’s twelve floors would have had seven minutes to find out something was wrong and, perhaps, evacuate their apartments. As is known, this did not happen.

The husband of one of the deceased, Cassie Stratton, told the local Miami press that his wife woke up that night to the noise caused by the collapse of the pool. When she woke up she called him on the phone, since he was not with her. While they were talking, the man noticed that there was no alarm going off, so he didn’t worry. His wife passed away while they were on the phone and the roof literally came down on her.

According to the records obtained by local Miami press, the alarm system did indeed activate after the pool collapsed. The central offices of the alarm system, under the company Central Alarm Control, They even notified the public emergency service 911. But something did not work in between, because the central building’s alarm never went off.

Worse still, in the videos of that morning it is observed how when the pool broke in the middle, the pipes underneath broke. A break in the water system should immediately have triggered the alarm in the central building. According to the experts, the system was most likely badly programmed, which would constitute one more negligence in the chain.

Once the building collapsed, Those who survived in the part of the tower that remained standing say that the alarm was not triggered there either.

It is not known when there will be a clear cause of the collapse, but As the weeks go by it is becoming clear that many things were not working in South Champlain. 98 people lost their lives as a result.