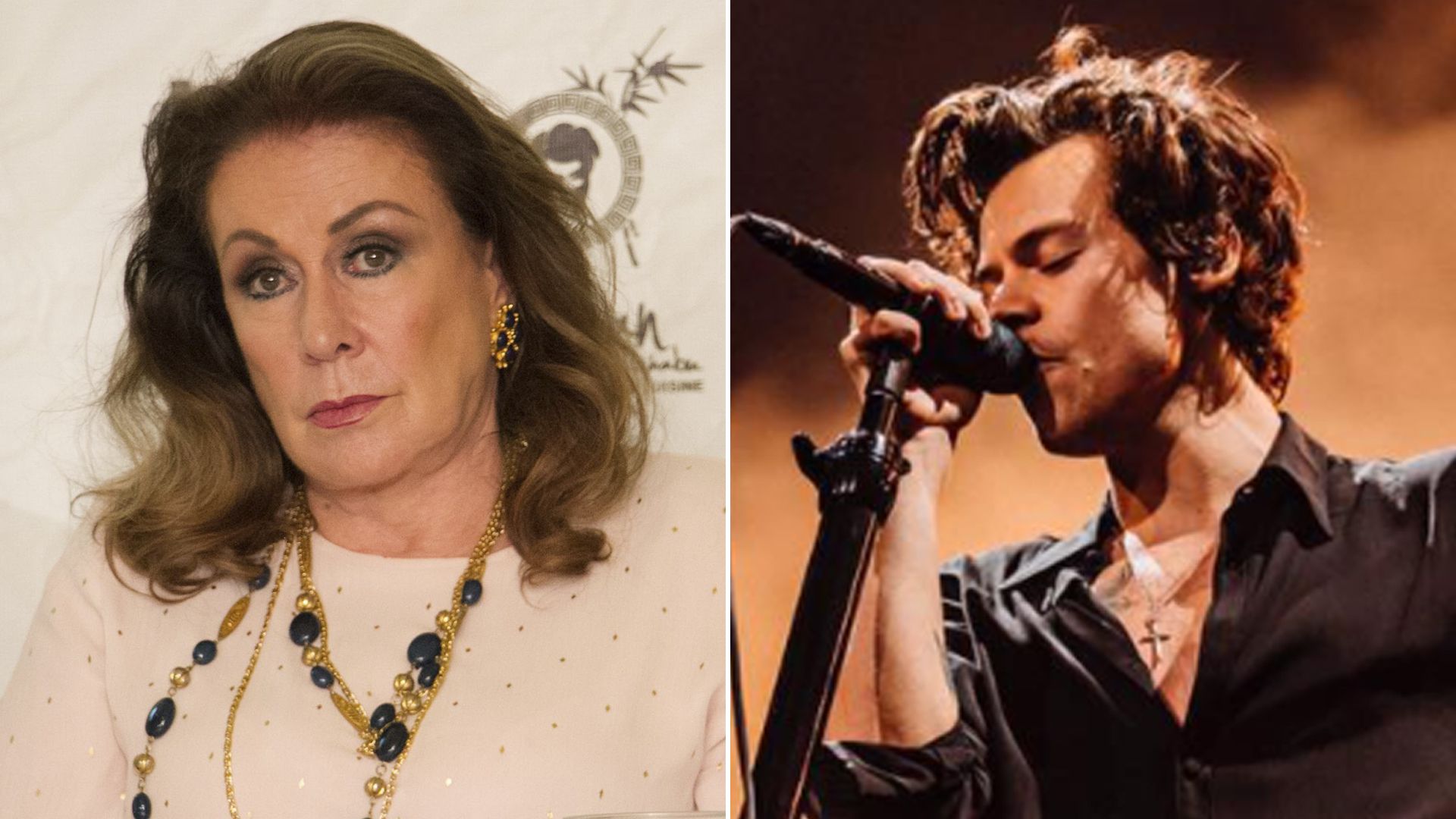 This November 18, a Twitter account published an image of the former One Direction member Harry Styles. In the photograph, the young singer appeared wearing a blue dress, holding a picnic basket, blush makeup and slippers against a country background.

The singer constantly challenges gender roles modeling skirts and other garments associated with femininity, which is why said account wrote “Women, be honest. Are you attracted to him?”

Laura Zapata found said tweet at the beginning and cited it by writing “How awful! She should be sick! (to feel attraction) ”. This comment unleashed a great wave of criticism from the singer’s fans, as even the name of this actress became a trend within this social network.

Thousands of Internet users they began to insult, correct and criticize Laura Zapata because they considered that his comment had been intolerant, firstly, for using the word “sick” as an insult and secondly, for being scandalized by the clothes of Harry Styles.

“Oh ma’am! the guy is 27 and I don’t think I want to go out with elderly ladies “, “Does being sick mean learning to respect others regardless of how they dress? So I’m sick, I see your comment completely unnecessary ”and“ Ladies over 40 should no longer have social networks, the truth ”were just some of the hundreds of comments the actress received.

Among the tweets, there were also messages where they explained that that is why people preferred Thalía, the sister of this actress and some memes were also generated, on the other hand, There were comments where Styles fans tried to take the situation with humor and they posted dozens of photos of the singer to show that he is attractive.

Generally, when an artist unleashes a fight with the public, they do not continue the thread of the discussion, but Laura Zapata did not hold back and continued to cite all the tweets in response to her expression. However, some users pointed out that they ended up being blocked for insulting her and even posted screenshots and minutes later, the actress he scoffed at his own action.

“I am not offended if they tell me that I am 60, 70 or 80 years old… Or if I am in the third or fourth age. What strikes me is that this generation responds with so much anger and pain to a comment of my preferences. I do not like a man dressed as a woman, or as a girl, I am not attracted to it ”, the actress replied in the meantime.

In this way, it began the great fight between the “fandom” of the versatile singer and the Mexican television actress. On the other hand, some of Laura Zapata’s fans agreed with the famous thought and railed against those who admire Harry Styles.

“They are the crystal generation, Laurita, she says it very clearly there, to know if they find it attractive or not”, “Frankly, there is an abysmal lack of control in this generation!” and “They’re just a bunch of teenagers, don’t pay any attention” were some of the supportive comments Laura Zapata received.

Throughout the night, Laura Zapata continued tweeting about the situation and he did not hesitate to defend his argumentHe even used irony to point out that Harry Styles did look handsome in other photos.

In the unusual fight, Laura Zapata retweeted messages against inclusive language, explained that “He did not like gays” and also took the opportunity to rant against Andrés Manuel López Obrador (AMLO), president of Mexico.

After several hours of discussion, Zapata “put to sleep” those who criticized her and reiterated that while they were making out, she made fun of the situation and that is why she had given them “the pleasure” to interact with her.

“Well they bored me already. Go to sleep now. Keep talking about my good or bad, if I really am not offended by what they tell me. If they are still here, it is that I call them a lot of attention. I know I’m hypnotic. Dream about me, and how important you felt interacting with me, “he wrote in one of his latest tweets.

Yolanda Andrade responded to Laura Zapata: “Not even her mother wanted her”

Laura Zapata launched herself against Jesús Ochoa and Claudia Sheinbaum: “Poor from ANDA, so close to Morena”