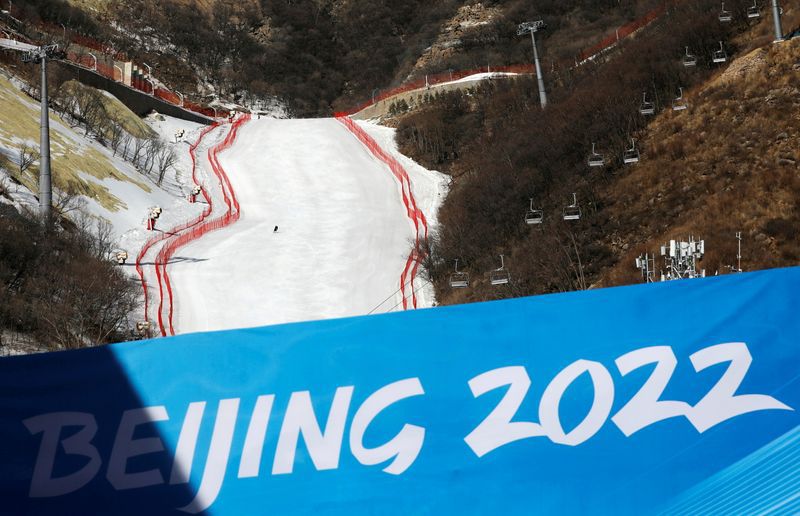 The UK government is considering a diplomatic boycott of the 2022 Beijing Winter Olympics, as the United States is expected to announce soon., as the British media has advanced this Saturday The Times.

The diplomatic boycott would imply that British Government representatives would not attend the competition, but athletes could compete.

According to the media, the country’s Foreign Minister, Liz Truss, would be in favor of the measure, although Prime Minister Boris Johnson‘s position is not yet decided.

This Thursday, the president of the United States, Joe Biden confirmed that his country is considering a diplomatic boycott of the Games to pressure the Chinese authorities in the face of allegations of alleged Human Rights violations in Xinjiang and Hong Kong..

That’s it “Something we are considering”Biden said in response to a question from reporters at the White House at the start of his bilateral meeting with Canadian Prime Minister Justin Trudeau.

Many American officials from various sides, including the Democratic Speaker of the House of Representatives, Nancy Pelosi, and the Republican Senator Mitt Romney, advocate for this diplomatic boycott. “I am hopeful that the government will send a strong message to the Communist Party of China without punishing American athletes.Romney said Tuesday.

The deliberations occur while International concern grows over the whereabouts of Chinese tennis player Peng Shuai, who disappeared after denouncing the sexual harassment of her country’s former vice-prime minister.

On Friday, the The Women’s Tennis Association (WTA) has assured that it is willing to withdraw all its tournaments and businesses from the country if no light is shed on the case, a measure with which Serbian tennis player Novak Djokovic, world number one, has declared to agree “one hundred percent”.

The CEO of the WTA, Steve Simon, warned that they will not hesitate to cancel the business in China if what happened tennis player is not clarified.

For its part, The UN demanded on Friday to know the whereabouts of the missing tennis player.

“We emphasize that it is important to know where you are and what your health status is”said the spokeswoman for the UN Human Rights Office, Liz throssell, when asked about this case.

For its part, the NGO International Amnesty (AI) on Thursday asked the Chinese authorities to prove the “safety” and “whereabouts” of Peng shuai, while demanding that the complaints made be investigated.

AI researcher on China Doriane Lau has pointed out that the Chinese regime “has systematically silenced the movement ‘Me too‘ in the country”. In this context, and “given that it also has a zero-tolerance approach to criticism, it is extremely disturbing that Peng Shuai appears to be missing after having accused a former senior government official of sexual assaultl ”, he added.

(With information from Europa Press, AFP and EFE)