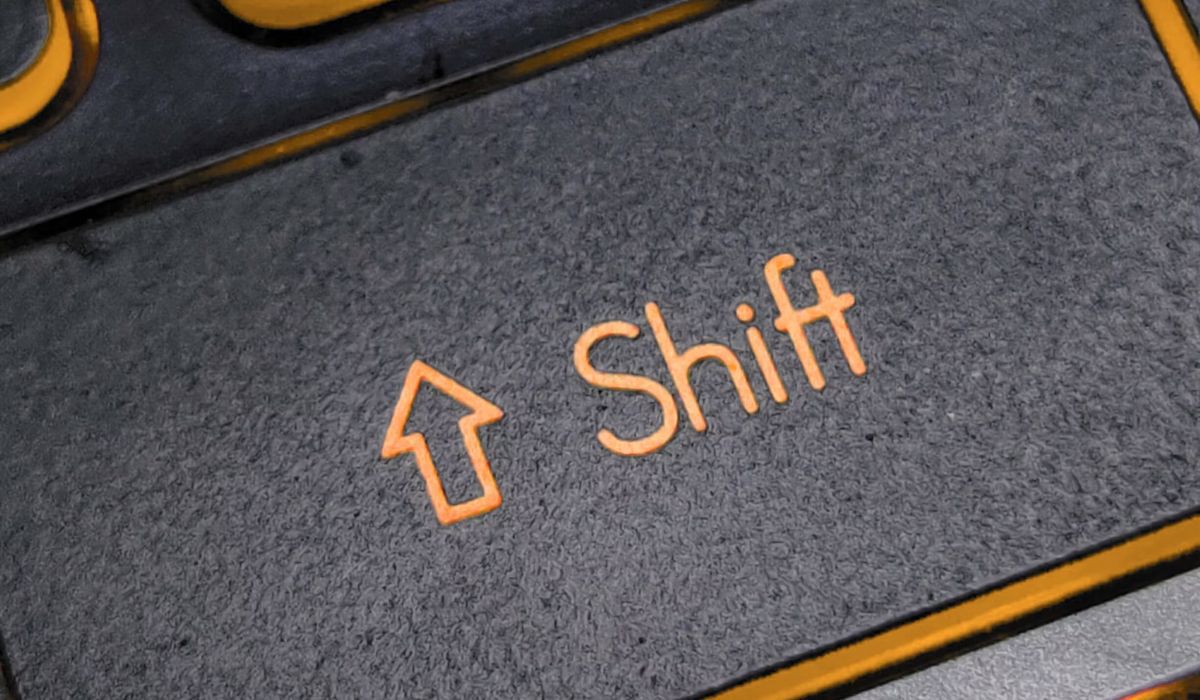 windows has many options that users have yet to discover and that will help them optimize their work time, thanks to the shortcuts offered by certain key combinations based on the SHIFT button, which is found twice on the keyboard to provide better Access for both left-handed and right-handed.

This is a modifier key, just like ALT and CTRL. Initially, its use is oriented to write the letters in uppercase, since this was its origin in typewriters, but over time it was given more functions, which perhaps many do not know.

All the shortcuts and tricks of the Windows key

One of the combinations that are very helpful in minimizing work time is the one that allows you to select text or files, because putting the pointer over a word and then pressing Shift next to an arrow key (up, down, or to the sides) will select text as if using the mouse. This can be combined with the Home and End buttons to move faster.

Now, if the keyboard is misconfigured and the execution of special characters is changed, because the input language is changed, just press shift+alt to fix the problem and return to normal settings.

These are other shortcuts:

-Shift+Insert: Paste whatever is on the clipboard.

– Windows + Shift + right arrow key: moves a window from the left side of the screen to the right.

– Windows + Shift + left arrow key: moves a window from the right side of the screen to the left.

– Windows + Shift + arrow key up: the window expands to the full vertical height of the screen.

– Windows + Shift + down arrow key: clicking it once halves the window and a second time minimizes it to the taskbar.

– Shift + click on a program on the taskbar: open another instance of the same program.

– Ctrl + Shift + click on a program on the taskbar: the program will run as system administrator.

– Shift + Windows + a number: open the program that is pinned to the taskbar at that location.

Another way to use this button is to press it and scroll the mouse wheel to scroll the screen horizontally, this is very useful for spreadsheets.

This key also runs some commands. One is that when you turn on the computer, if Shift is held down, the autostart programs will not start. The same happens if a USB or a CD/DVD is inserted it will stop the autoplay.

Finally, as an accessibility option, when you press the button five times in a row, a window will open to configure the sticky keyswhich enables a function so that the key combinations do not have to be done at the same time, but give a few seconds more so that people with reduced mobility have the possibility to execute the commands.

How to clean a Windows PC without losing files