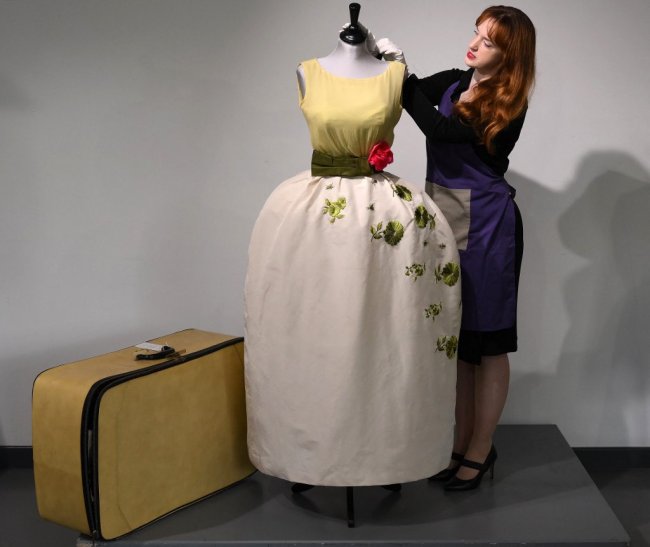 The Christian Dior garment, which the actress wore the night she won her first Oscar, is expected to fetch between $48,000 and $72,000 on December 6 in London.

A Christian Dior dress, a “lucky charm” worn by Elizabeth Taylor the night she won her first Oscar for best actress in 1961, will go up for auction next month after having been stored in a suitcase in London for more than 50 years.

Everyone assumed that the dress, with a floral print and a large red rose at the waist, was already in the Dior archive in Paris. In fact, it had been carefully stored—along with 11 other items that once belonged to the star—in a large plastic suitcase at the home of her former personal assistant since 1971. Taylor wore the dress, designed by Marc Bohan for Dior, at the 33rd edition of the Oscars to which she attended with her fourth husband, Eddie Fisher.

Her relationship with Fisher sparked a barrage of negative publicity after Taylor was accused of “stealing” the husband of her friend actress Debbie Reynolds, whose daughter Carrie Fisher would later become the iconic star of the “Star Wars” films. .

The scandal had convinced the Butterfield 8 star that she would not win the Oscar that year, explains Kerry Taylor, whose auction house specializing in vintage fashion sells the dress. “I didn’t expect to win as she had lost before and had all the negative press about Eddie Fisher,” she told AFP. After her triumph at the Oscars, the star began to consider the dress as “a kind of lucky charm” and took it with her around the world. She “she was still driving him from place to place ten years later. She didn’t wear it, she just liked to carry it with her,” says Taylor.

The garment was found in the suitcase along with many others that the actress had given to her assistant Anne Sanz, whose husband Gaston also worked as Taylor’s driver and bodyguard.