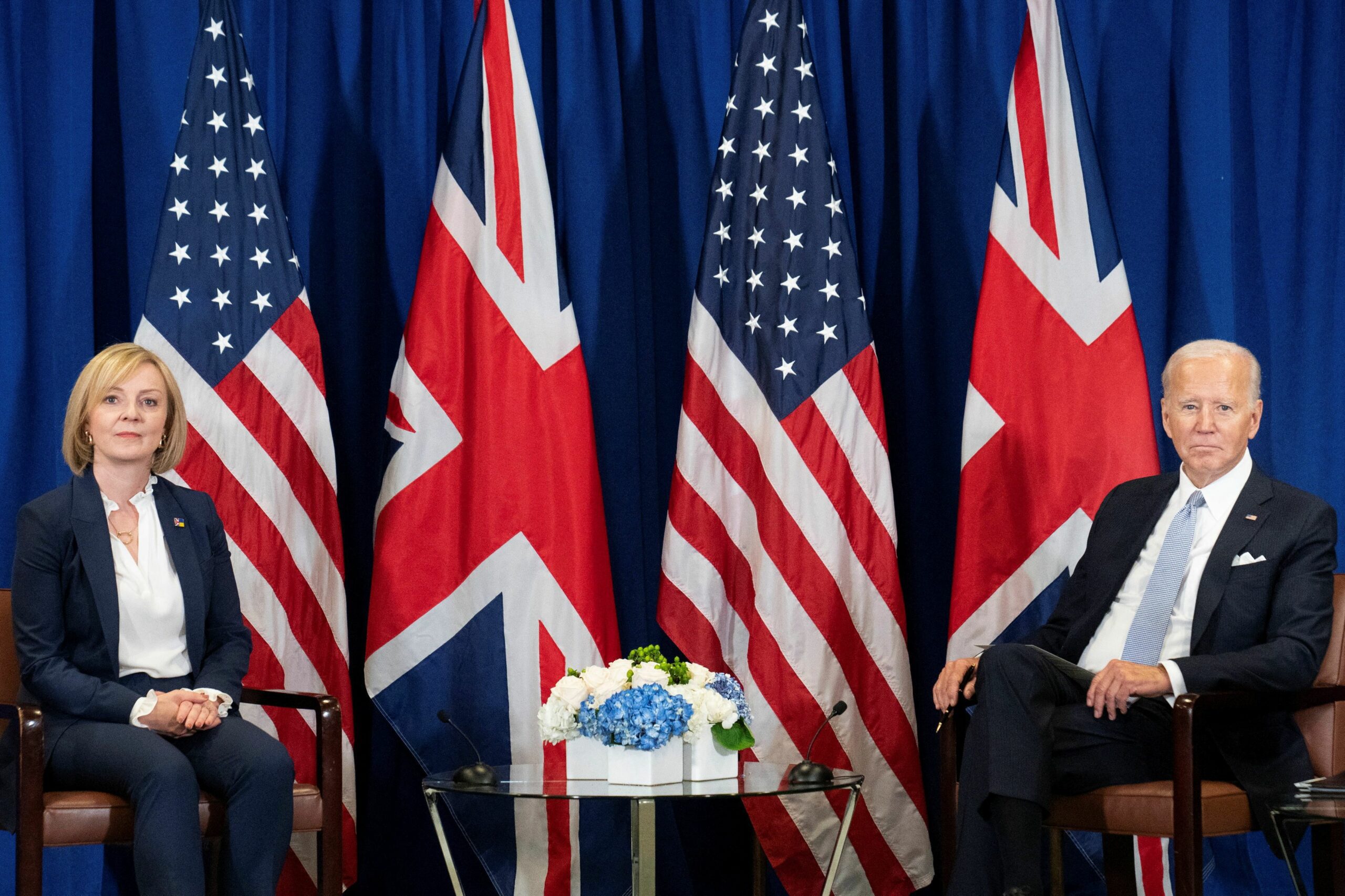 British Prime Minister, Liz Trussand the president of the USA, Joe Biden, they condemned the partial mobilization announced by the Russian president, Vladimir Putin, and highlighted the importance of supporting Ukraine when they met Wednesday at the UN, the Downing Street residence reported Thursday.

“The leaders condemned Putin’s recent belligerent statements on Ukraine. They agreed that their actions highlight the need for allies to continue their economic and military support for Ukraine.”, indicates a government statement.

According to Downing Street, Truss updated Biden on his recent announcement that the UK will remain committed to providing military support to Ukraine in 2023 and the two leaders boarded “the growing threat posed by autocracies”.

Among other things, Truss and Biden emphasized the need for put an end to energy dependence, as well as technology, from authoritarian states, Downing Street added.

“They agreed redouble bilateral efforts to reduce energy dependence on Russia and increase the amount of renewable energy and other forms of energy that flow from democratic states,” he added.

This week, the UK pledged to match by 2023 the military aid provided to Ukraine this year, estimated at 2.3 billion pounds ($2.6 billion).

Putin justified the mobilization of reservists by considering that the objective of the West is “weaken, divide and destroy” their country.

Likewise, the foreign ministers of the European Union agreed this Wednesday to prepare new sanctions against Russiawhich will be finalized as soon as possible, as announced by the head of community diplomacy, Joseph Borrell.

The appointment was convened this Wednesday as part of the UN General Assemblyafter what Putin decree the partial mobilization of 300,000 reservists and threaten to use its entire arsenal, including the nuclear one.