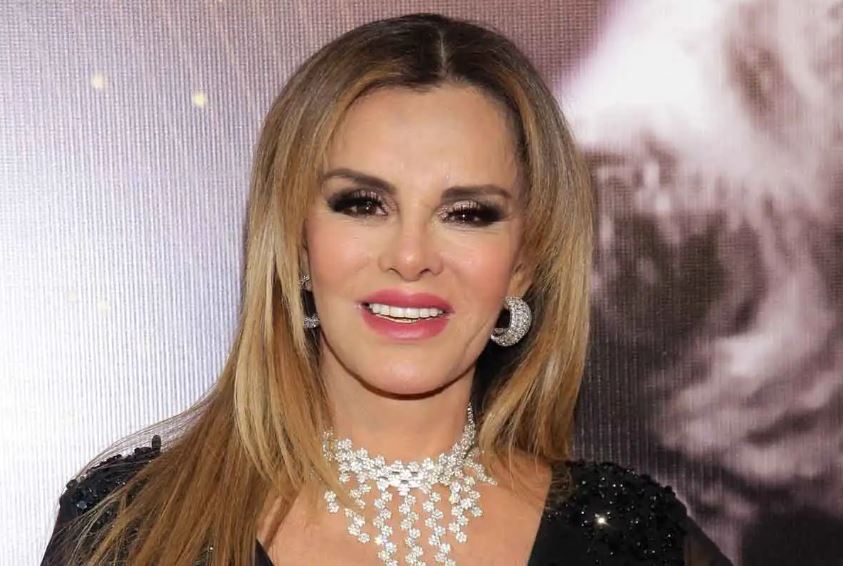 The actress and singer announced that she has already taken legal action against those responsible.

Lucía Méndez announced that, although she is going through a good professional moment, she is experiencing a complicated situation on a personal level.

The famous singer told ‘Ventaneando’ that she was the victim of fraud by a real estate agency when acquiring a property in Mexico City.

The actress and singer explained to the media that the real estate company was bad with the delivery of her apartment and shared the actions that she will carry out in this situation.

The actress explained that they should have given her the apartment a long time ago; however, this did not happen, because the person who sold it to her allegedly defrauded her.

“They were going to give me my new apartment, but what do you think? They defrauded eight people. It turns out that the guy, we found out, that, instead of making eight departments, he made 14; So, the head of government and everyone forced him to remove the extra departments that the guy had made”, the artist explained in an interview with ‘Ventaneando’.

Lucía Méndez explained how the fraud was carried out, for which she lost a good amount of money.

“We gave him a good wool to do it (the building with the apartments) in black work. The guy took the money, he did 14 floors, he pulled and a half, and now we are with lawyers and everything, because the guy frauded us, ”he explained.

The protagonist of the series ‘Siempre Reinas’, assured that she is already working with her lawyers to proceed legally against whoever is responsible for the fraud of which she was a victim.

“I am with lawyers, with a very strong demand and not only me, we are eight people who deceived us. He is a fraudster, and later I will tell you his name and I will tell you everything how things are going to be presented, ”he pointed out before the cameras.