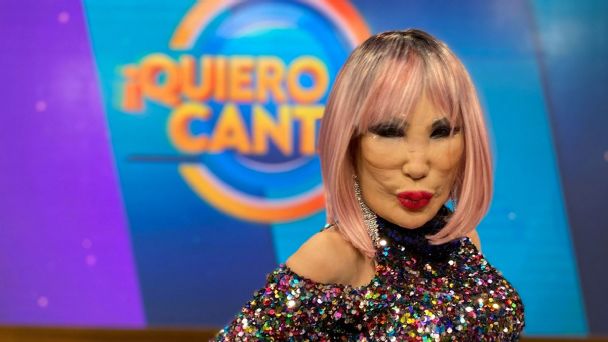 Carmen has great strength, said the Vedette, who was interviewed outside the hospital

Lyn May visited her friend Rossy Mendoza on Tuesday night at the hospital, where Carmen Salinas is also hospitalized and where she briefly commented on her state of health. When asked about Carmen Salinas placeholder imageThe star commented before the cameras of the morning program Sale el Sol: “I think she took her time to rest because she works too much. She said: ‘I’m going to rest’ and after a while she woke up as if nothing had happened ”.

I know that Carmen is going to get up and exercise with me again, ”said Lyn May, regarding the health of Carmelita Salinas, who has been hospitalized since last November 11 for a cerebral haemorrhage.

When asked about her friend Rossy Mendoza, who was hospitalized a few weeks ago for a pulmonary thrombosis, the singer commented that she is already progressively improving: “Thank God it is coming out. She came in two weeks ago. The lung has already reacted, the oxygen has already been taken away, the little ball that he had in his left lung is already falling apart ”, assured the star.

The dancer’s income is derived from the lupus that she has suffered for decades, and since then she has maintained a life of care. María del Rosario Mendoza, her real name, suffered a thrombosis that led her to be transferred to the StarMédica hospital, in the Roma neighborhood, in the Mexico City, the same center where Carmelita Salinas stays.

Lyn May appeared in disguise on her visit, because the last time she visited the hospital, she was criticized in the media for having tried to enter the intensive care area with extravagant clothing and because years ago, it had been rumored that both stars had a feud.