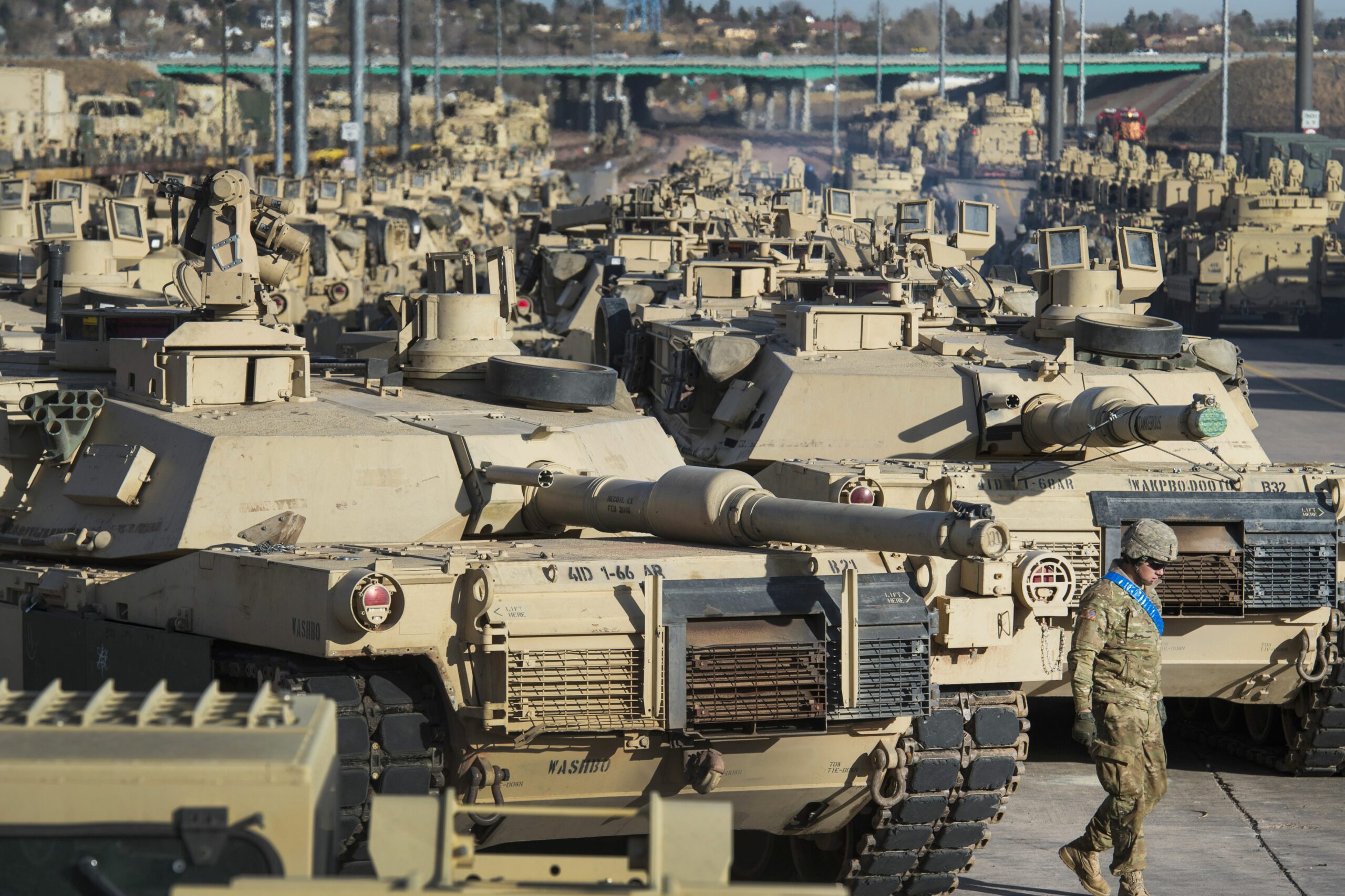 Joe Biden said that US to send 31 M1 Abrams tanks to Ukrainereversing months of persistent arguments from Washington that they were too difficult for Ukrainian troops to operate and maintain.

And as Washington now prepares to ship them, it is being warned that their complex electronics and especially their gas turbine propulsion systems could make them difficult to operate and maintain. Although it is not yet clear which specific variant of the Abrams Army Ukraine will receive, the tanks will have to be in a unique export configuration. Why? Due to highly rated shielding packages found in US military versions, which contain depleted uranium (DU).

They cannot be easily exported even to major allies. Because, the process will be more complex.

The M1 Abrams is the main battle tank of the United States. in service since 1980, and is among the most powerful in the world. As detailed by the Washington PostIn modern versions of the vehicle, depleted uranium layers of armor provide substantial protection for those inside.

After the Gulf War, the US Army developed the M1A2 Abrams, which has been constantly improved over the past two decades. weighs more than 70 tonsreaches speeds up to about 72 kilometers per hour (42 mph) and is armed with a 120mm main gunan M2 .50 caliber machine gun and a pair of M240 7.62 mm machine guns.

Manned by a team of four soldiers, specifically the gunner, loader, driver, and commander, the Abrams can provide the mobility, firepower, and shock effect needed to exploit weak spots in enemy lines and pursue offensive advances.

The total cost of a single Abrams tank can vary, and can exceed 10 million dollars per tank if training and maintenance are included.

Although it will be months before their debut, tanks will allow Ukrainian forces to launch counter-offensives and reduce casualtiesthey told the news agency PA three military commanders, including two in the army’s tank division.

While the exact delivery schedule is not yet known, US officials clarified that the process will take months. It is more than possible that the first tanks will arrive in Ukraine only at the end of 2023 or beginning of 2024.

It was also not made clear if they will be brand new tanks or if they will come from some other source. According to the specialized site The Drivethe US Army has thousands of older Abrams in storage that it could restore through a contractor to like-new condition, or that could be used as “donors” to help with the construction of tanks that use a combination of new and remanufactured components.

“Whatever happens, they will need to be an exportable setup before heading to Ukraine. So a lot of what that process ultimately entails will be centered around your armor pack,” they write in The Drive. “To say that the composite armor packs (of these tanks) are highly ranked is almost an understatement. Development of the original version of this armor, often referred to simply as ‘heavy armor’ or ‘special armor’, was carried out under a top-secret Special Access Program (SAP) dubbed the Green Grape. SAPs have additional layers of highly compartmentalized security protocols to protect the disclosure of especially sensitive national security information.” In 1988, the classification level was lowered to simply Secret, the site explains.

A operational safety guide now declassified reads: “If [la] special armor, including skirts and gun shields, are breached and the interior is exposed, a duly authorized responsible (secret) person shall immediately cover the exposed area and initiate action to repair the breach by welding or evacuate the exposed armor to a facility where repairs can be made.

More than three decades later, many newer armor packs have been developed for Abrams, including those that also incorporate advanced ceramics, so operational security measures surrounding their protective features are still very strict.

There are M1 variants now in service in Australia, Egypt, Iraq, Kuwait, Morocco and Saudi Arabia, but none of them have armor with DU.

“Instead, exportable armor packs that do not include DU have been developed for the M1 series. Full Abrams sub-variants with other capabilities reduced compared to the latest versions in US service have been created specifically for export, like the M1A1Ms operated by the Iraqi Army,” he says. The Drive.

Due to this problem, they generate, limits to speed with which the Biden government can supply the tanks to Ukraine. Even if they are taken out of storage and rebuilt, they are much more likely to have armor packs that need to be changeda complex process.

It also raises the question of whether it would be possible to purchase export variants that already have degraded armor and other systems from other countries. The two largest foreign Abrams operators are Egypt and Saudi Arabia. The Egyptian army has about 1,360 M1A1s, and the Saudi armed forces have about 370 more, 170 of which are in storage.

Both countries are important partners of the United States and have complicated relations with Russia, so it could become very difficult to convince them to help if this assistance could result in a breakdown of their ties with Moscow.

Another issue is the logistics and trainingwhich will further affect how quickly the Ukrainian military can bring them into the fight and their ability to use them effectively.

The Leopard 2 tanks that Germany has authorized to send are in service with many European nations, and could be transferred earlier than their American counterparts, which may need to be built from scratch or significantly altered.

M1 Abrams vs. Leopard 2: similarities and differences between the tanks that the West will send to Ukraine