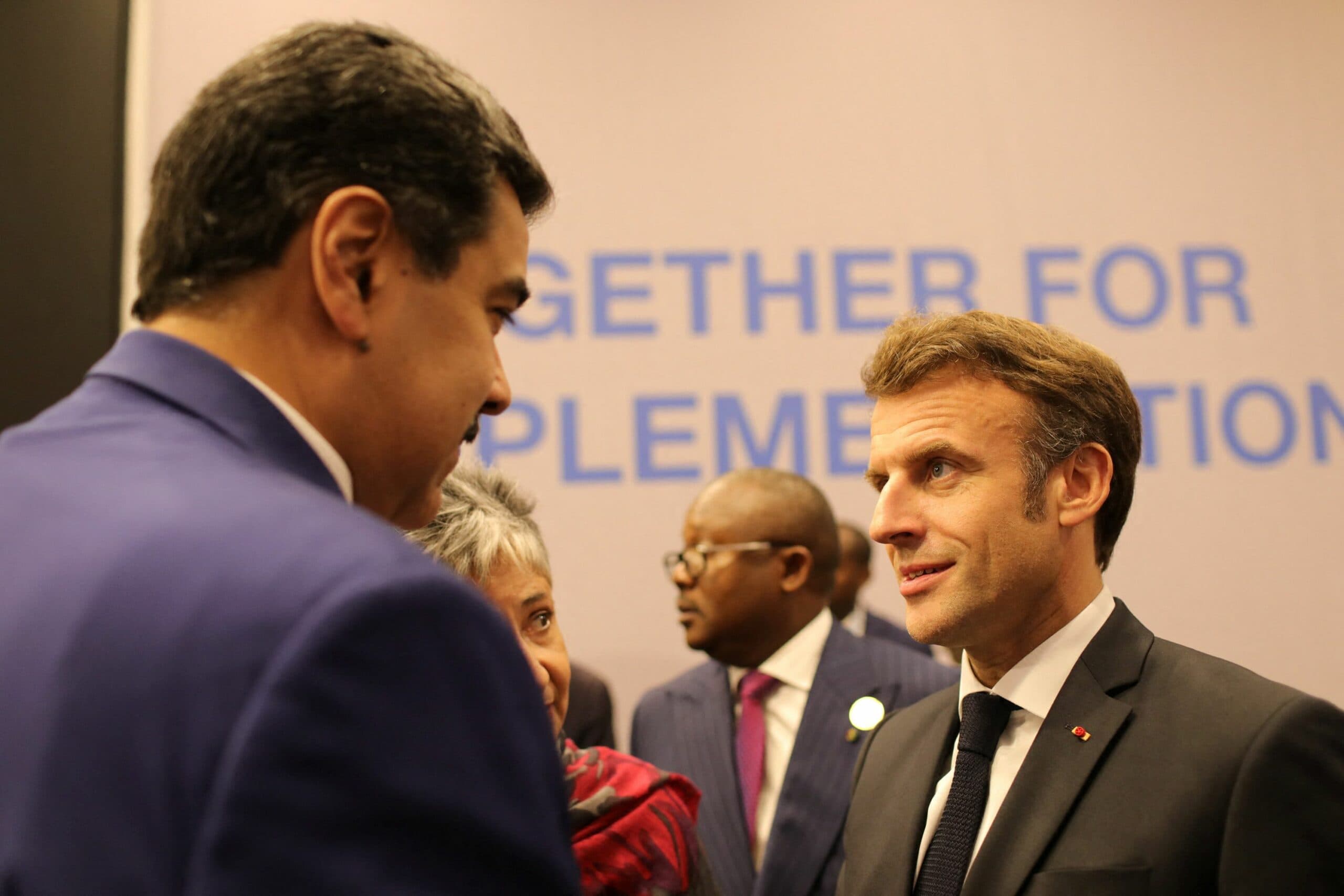 The president of France and the Venezuelan dictator met in one of the corridors of the climate summit and shook hands for a long time. During the handshake, Macron expressed his desire to “talk a little more and start bilateral work that is useful for the country and the region.”

He also pointed out that “the (European) continent is recomposing itself”.

Maduro and Macron also spoke about the bilateral cooperation agenda between Venezuela and France, as well as actions to combat climate change, according to the TeleSur network.

This Sunday it has transpired that next week the president of Colombia will meet in Paris, Gustavo Petroand the leaders of Mexico, Andres Manuel Lopez Obrador; Chili, Gabriel Boricand Argentina, Alberto Fernandez under the auspices of the French president, Emmanuel Macron, as facilitators of the dialogue between the Maduro government and the opposition.

Representatives of the Venezuelan regime and the opposition could also participate in this meeting to address the situation and collect proposals to restart contacts in Mexico and seek a negotiated solution to the Venezuelan political crisis.

Maduro has also met this Monday with the president of Suriname, Chan Santhōkiand with the Prime Minister of Antigua and Barbuda, Gaston Brownthe Venezuelan Presidency has reported.

For his part, this Monday Canada said it “encourages” Maduro to “immediately” resume negotiations in Mexico with the oppositionwhich are suspended from the end of 2021.

A spokesman for the Canadian Ministry of Foreign Affairs told the EFE agency that the best solution to the crisis that Venezuela is experiencing is one that is negotiated with the opposition.

“For this reason, Canada supports a return to the stalled negotiation process organized by Mexico and facilitated by Norway. Canada encourages the Maduro delegation to return to these negotiations immediately,” he said. jason kungspokesman for the Canadian Ministry of Foreign Affairs.

The Chavista dictatorship and the opposition began the dialogue in August 2021 in Mexico, but, three months later, Caracas suspended the meetings in protest at the extradition to the United States of the Colombian businessman. Alex Saabdesignated as Maduro’s figurehead.

The Canadian Executive pointed out that it is “deeply concerned about the erosion of democracy in Venezuela” as well as the destabilizing effect that the displacement of 7.1 million Venezuelans who have left their country due to the political and economic crisis is causing in the region. .

Canada has denounced the Maduro regime before the International Criminal Court (ICC) for human rights violations in Venezuela and has imposed several rounds of sanctions against Venezuelan authorities.

But the last time Ottawa imposed sanctions against Venezuela was more than three years ago, in June 2019, when the foreign minister was Chrystia Freeland.

Since Freeland left the ministry in November of that year, Canada has not issued any new sanctions against the Maduro regime.

With information from Europa Press and EFE

Gustavo Petro at COP27: “Colombia will grant 200 million dollars annually for 20 years to save the Amazon Rainforest”