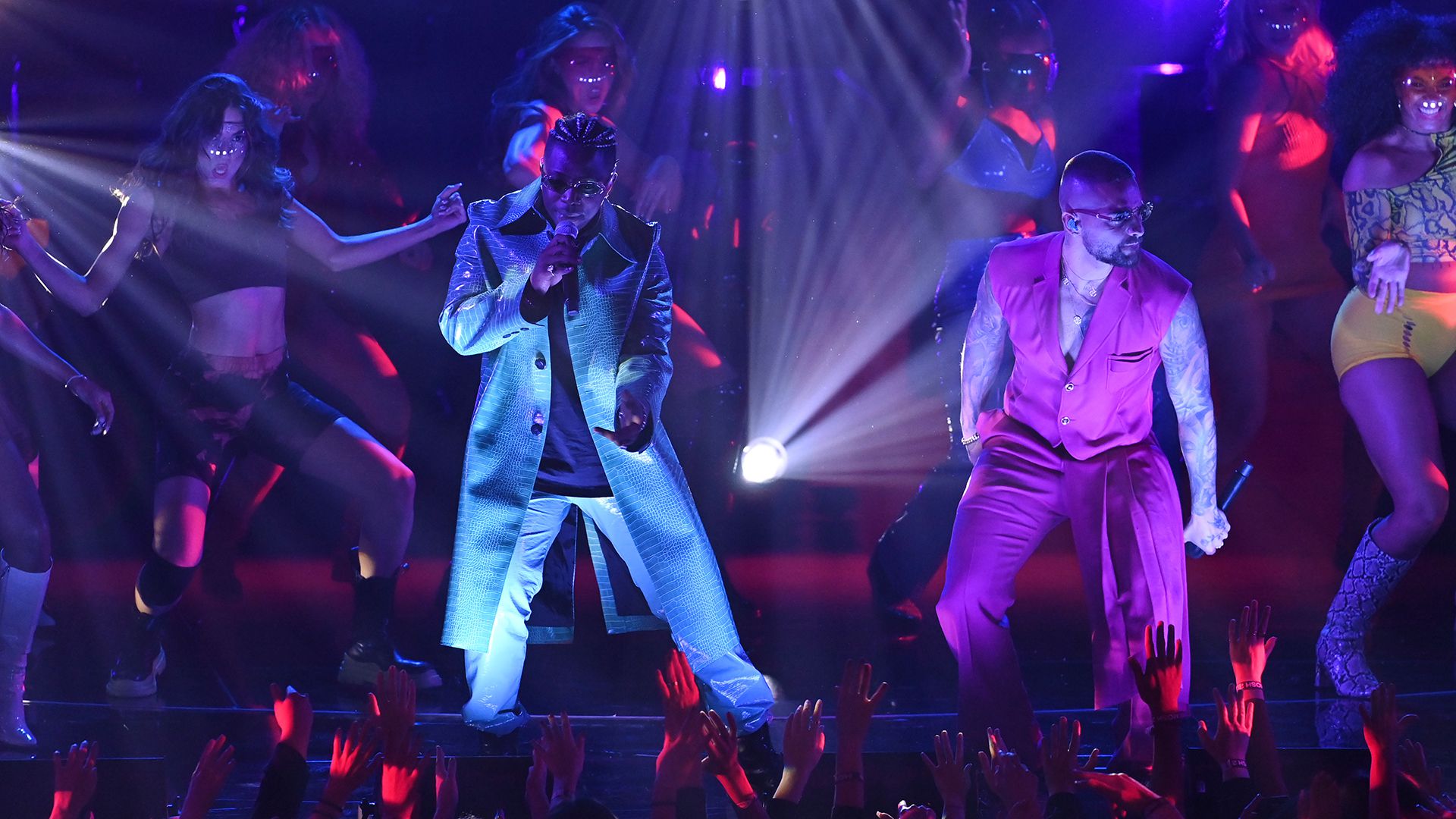 Men with stilettos and skirts, women with sports shoes, black leather or phosphorescent joggins, studs or glitters, after 12.00 Argentina time, the figures with the most extravagant looks began to arrive on the red carpet of the MTV EMA that took place this Sunday in Bupest, Hungary.

No Argentines present (Tini Stoessel and Duki were among the ternates) the Latin touch was put on the catwalk by Maluma. “Very happy to be here, it’s incredible”said the Colombian to Teleshow. After him they marched Ed Sheeran who did not elude the press but walk lightly, Imagine Dragons, One Republic, influencers from all over Europe and lastly the German Kim Petras, meters from the Papp László Budapest Sportaréna stadium where the awards ceremony was finally held.

With less cold than the night before and without rain as an omen that a great party was coming, the ceremony began at 9:00 p.m. local time. Ed Sheeran He was the most anticipated figure of the night but he did not make one wish and he inaugurated the EMA stage with “Lost on me” wearing a golden yellow and red suit that combined with the colorful screens that lit up the night in the stadium.

Immediately the host of the ceremony, Saweetie, he came down from the Hungarian sky with a trapeze that served as a snowflake to sing “Best friend”. With a look total black Rita Ora presented the first nomination, Best Latin Artist, which gave the winner who later became the man of the night: Maluma.

“Thank you very, much”he said and on the Hungarian stage he had to speak in English. Raising the statuette, he celebrated: “I dedicate it to Colombia, Colombia is no longer Pablo Escobar, Colombia is Maluma”.

“Music for everyone”, The presenter repeated the theme of this edition and highlighted the LGBT community and asked that everyone be respected. With a renovated stage and a staff of dancers, the American band Imagine Dragons performed.

The show had three stages: two of them integrated for the musical paintings and a third to which the celebrities went to look for their trophy in the form of an “eme” near the stands where the musicians were sitting next to each other, since This year they could not be accompanied due to the current protocols for COVID-19.

New scenography through, it was the turn of the performance of Griff and then Girl in Red, who competed in the category Revelation, who won Saweetie. Averaging the delivery, Sheeran returned to be the protagonist after the recognition for Best Artist and minutes later, with a much more casual look (red jumpsuit and black pants), he sang a new song.

One day after closing the World stage in the Heroes’ Square, One Republic was again applauded on a stage in the city of rubik’s cube, paprika and goulash, this time after a fragment of the aforementioned show.

The Italians Maneskin They were recognized as Best Rock Artist and sang one of their hits, “Mamma Mia”, becoming by far one of the most applauded artists of the night. Its leader wore one of the most striking looks of the night: black leather underwear, garter belt and matching buccaneer boots with heels.

“Mamatetema” is the name of the new song that Maluma premiered in collaboration with Rayvanny a few days ago and for the first time singing in a packed stadium that he stood up to dance to a rhythm that sounded far away.

With a strong imprint of the LGBT community, referents from all over the world gave their testimony under the title “Generación change” (Generation of change) and in that context the subsequent show of Kim Petras, The young German trans did not go unnoticed. The artist was surrounded by palm trees, in a Miami-style scenography to sing “Coconuts”.

Among the winning artists who could not be present but thanked through a video was David Guetta, Best DJ, who pathologically in his virtual speech said that this year was very special because it marked the return of live music.

Introduction, knot and outcome, Ed Sheeran took the last statuette of the MTV EMA 2021 for Best Song and on a stage surrounded by fire Yungblud gave the grand finale that was capped off with a fireworks display.

Last year, due to the pandemic, the delivery had been made virtually, so this edition meant a face-to-face reunion, protocols through, in the global “new normal” so that at last, as this year’s motto reads, there will be “music for everyone”.

Cold, low chinstraps and PCR: how was the closing of the first MTV Music Week post COVID-19

Saweetie, the MTV EMA host: 10 looks for delivery and her Filipino roots