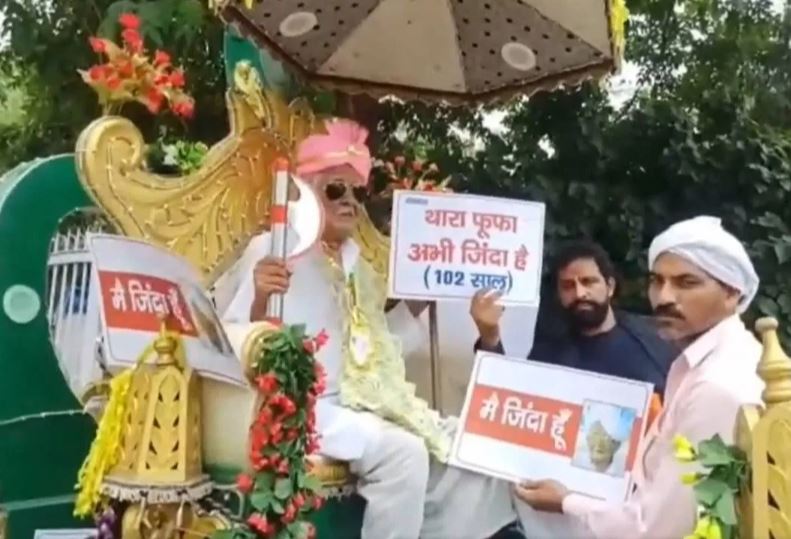 In India, having 102 a man pretends to marry because the authorities considered him dead

The events where a man fakes a wedding to prove that he is alive happened in India, in that place the man no longer received his pension because they thought he was dead.

The solution was to have a wedding and thus prove that he was still alive. It is worth mentioning that the man has about 102 years of life, which is why the government believed that he had died.

The 102-year-old man showed up at a government office with a horse-drawn carriage and wedding dress to prove to the Indian authorities that he is still alive and that they have to continue paying his pension.

He literally came in front of government authorities and told them “I’m alive and well!”.

The protagonist of this story is Duli Chand, 102 years old, and his experience has gone viral internationally for what he did.

Chand told local media: “My retirement pension was stopped in March as government records show that I am dead,” Chand said. “Since then, I have tried in vain to prove that I am still alive,” he added.

A social worker named Naveen Jaihind, who was among dozens of people who joined the fake wedding party, said he heard about the case and decided to help.