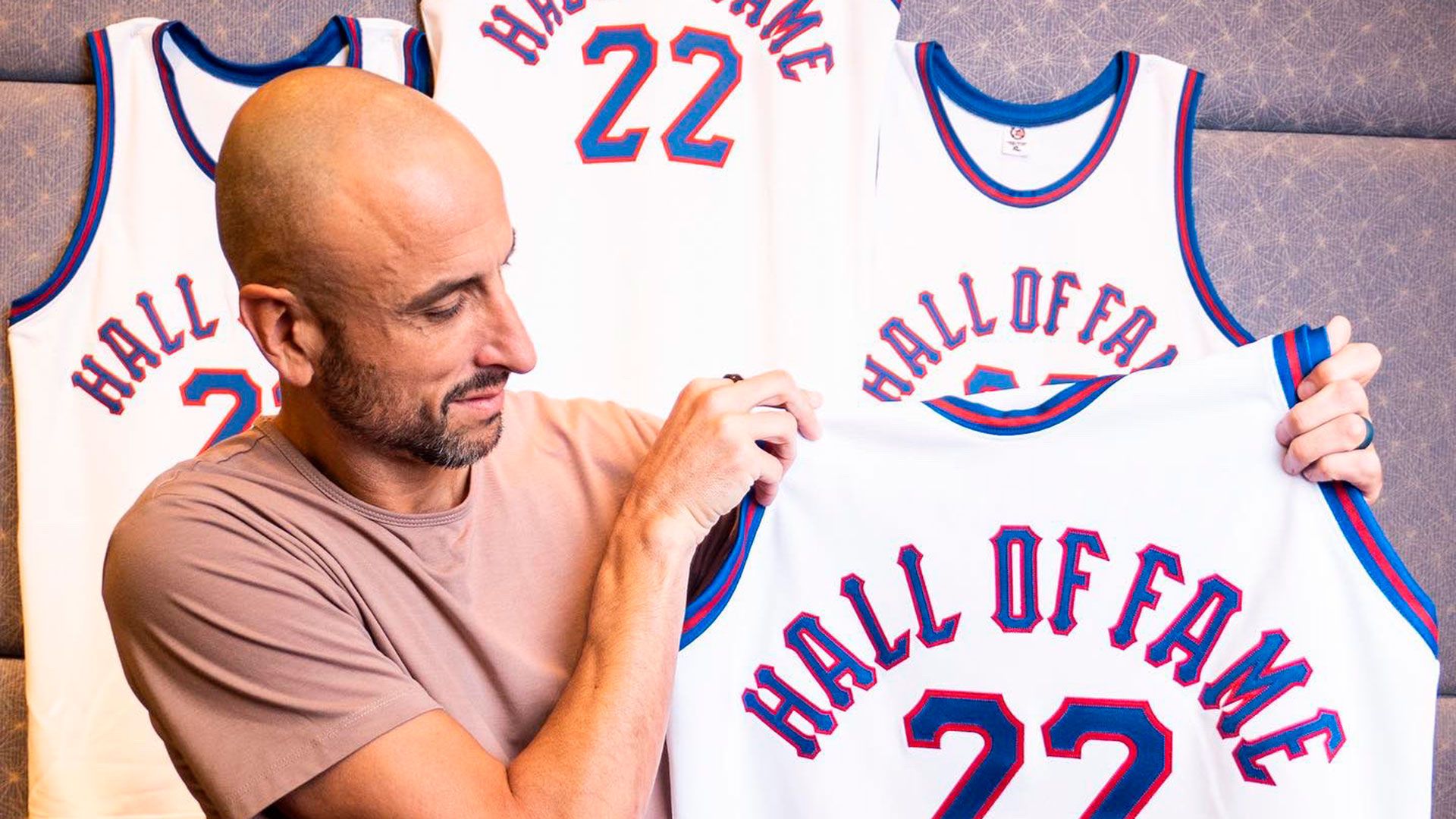 Emanuel Ginobili will become this Saturday the first Argentine to enter the Hall of Fame of the NBA. Winner of four rings with San Antonio Spurs and Olympic champion with the Argentine team, the former basketball player reviewed his career in an interview with his former teammate Fabrizio Oberto which is available in Star+.

The Bahiense recalled his first steps in basketball, his uncontrollable frustration at each defeat and how he became a glory of the sport so quickly that he did not have time to value himself. In addition, he told how now, at 45 years old, he has learned to take each life experience calmly and enjoy the most beautiful moments of his daily life.

“I never chose basketball, I never said ‘wow, what a good sport.’ For my family, basketball was like going to school or eating, it was a family activity. We went to school and then we went to the club that was a block away. My brother played and my dad was the president.”

“I was fortunate that I loved basketball, that I had the physical aptitude and that I was competitive, but good. It was getting out of school, doing homework and going to the club. He only interrupted the routine to study English. But I loved him from day one.”

“Many of the technicians I had have praised my competitiveness, but I was like that, I never chose it. The same thing happened to me with the school reports, I wanted to have better grades than my brothers. It took me many years to get down, to control that. I cried when I lost, I felt frustration”.

“He had such a hard time losing that he needed to win. For my career, great wine, because that fed me, made me insatiable. But for mental health and to be calm and enjoy, no. If I see it in my children I would try to lower it or counteract it.”

“With the opposite sex I was very introverted, I was very embarrassed. In my student days I began to go out but by drops. Until I was 20 years old I was never interested and if I went out, it was to fulfill. Partly I regret it and partly I don’t, but it was good for my career”.

“I was a fan of Jordan, of the Bulls in the 90s. I have cried with some finals. But a year passed, two… and everyone was from Chicago. So I wanted to differentiate myself and there was the Warriors and I adopted that team. The only shirt I ever owned was Tim Hardaway’s. Strangely, we will both be in the Hall of Fame”.

“That kind of obsession with not losing was innate. There was no strategy, the fact of going through those places (which were between two rivals) was for physical fitness, it was what he could do. She couldn’t go and dump it all in their faces, although she tried many times. But when a Shaquille (O’Neal) or a (Dikembe) Mutombo or whoever comes along, you can’t. And the strategy I found was the eurostep That helped me a lot.”

“There was a click after Estudiantes (from Bahía Blanca) in 1998. Things suddenly happened to me that I thought impossible two years ago. I absorbed everything and things came out of me and I felt like I was eating the world, between 2000 and 2005 it was an almost indescribable state of mind. It was exacerbated, it did not happen to me again. At the time I don’t know what it was. It was very, very sudden.”

His funny anecdotes in the Argentine team

“The ball from the 2004 final was brought to me by the table official after the celebration to see if he wanted it. It had not yet been announced that she was the MVP of the Olympics. But she asked me for a t-shirt instead. I gave him the shirt, he gave me the ball, I put it in the bag and we flew. And I don’t know where she was left.”

“After the celebrations, a journalist calls me and makes me talk to my old man live on a radio. I walk away from the group and when I turn around I see that they left without me. I want to imagine that nobody noticed. I turned around, the bus was not there and a collaborator wanted to reach me, but we did not arrive. I arrived at the Olympic Village with a fever”.

“In 1998, I was fighting with Pepe Sánchez for a place in the National Team, we were in São Paulo and I don’t know what happened We got off late and the bus had left. We were playing a friendly against Brazil. I shared a room I think with Pepe And we’re both late. Above two candidates for court. We took a taxi and told the driver to fly. We go in and see the team warming up and we wait for the fart shit. But they don’t realize it and we jump over the sign, leave our bags and start quietly. No one noticed. He didn’t find out (Julio) Lamas, you didn’t find out. He gave the feeling that we came from the locker room and nobody knew about it”.

“Achievements are assimilated days later, everything has its moment. In the middle of the championship you don’t start to assess, but there are moments of perspective in which you reflect and say, ‘This is not something you do every day’, winning an Olympic Game or winning an NBA final 4-0”.

“I don’t know if I enjoyed my first NBA ring that much because a lot of things happened. I felt important because I played 15 or 20 minutes, but I wanted more”.

“There are some who are born with the gift of empathy or perspective and I am not. It was ‘me me me’, basketball, my time, my diet and my nap. I wish I could have the head of today and the body of 25 years, but life works like this”.

“My relationship with individual awards is weird. I’m so glad they’re so happy for me. I receive calls from people who are really very happy and I am very happy to be able to continue generating that but I am somewhat reluctant to do so. I don’t know how to fully enjoy it. It’s not that I refuse, but I have a hard time accepting the pampering. It also happened to me when I was an Olympic flag bearer. Then at the time it was a pride, but It always generates something strange for me when living in a team sport”.

“It will be something unique to enter the Hall of Fame, but Today it is more of a burden than an enjoyment. The preview is not easy. I have a lot of people to thank in a short time.”

“I consider every individual award as a team award and that is not demagoguery”.

“If I traveled back 20 years, I would ask myself to calm down, because life happens on another side. Let him enjoy it more because there are connections that are worth more than a title”.

Manu’s ceremony is coming in the Hall of Fame: sensations and guests by the Argentine crack

He was chosen as the best street basketball player in history and had the luxury of saying no to the NBA: “He made more money selling drugs”