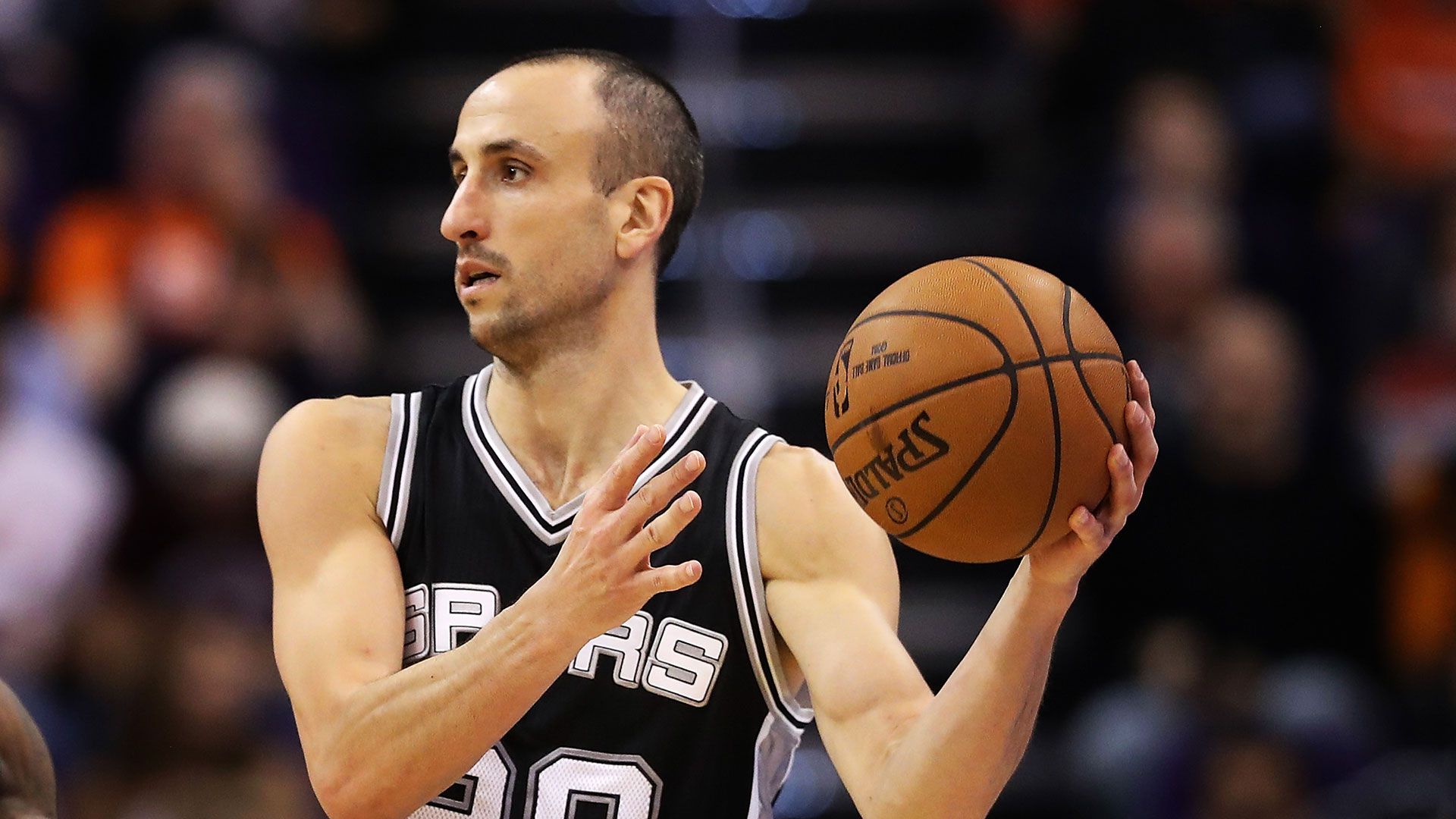 You can always be bigger…

It seems that this could not be the case Emanuel David Ginobili. But today he proved that he was when he was officially announced as one of the five new members (he is accompanied by former players Tim Hardaway and Swin Cash and former coaches George Karl and Bob Huggins) of the legendary Hall of Fame of Springfield. Because this is truly great, for what it is but also for its symbolic nature. It is nothing less than an Argentine being recognized by the elite and within the country that ruled basketball since his birth, 131 years ago. It is also a reaffirmation that this Argentine belongs to the world elite of this sport. It is also one of those milestones that once again invite us to go through a career that had much more than titles, rings, prizes, numbers and records, which force us to dive into a trajectory that immortalizes him as someone different, without being one. one of the best in history… Let’s think about why and how he did it. For us, for Argentine sport, it is one more milestone that places him in the Olympus of the gods, which confirms him as a unique, ideal, dreamed athlete, something that also makes him, due to his impeccable behavior, an example for our country, a symbol that it is possible, being like him, as many times we would like to be and we cannot as Argentines…

One more step towards eternity of a kid who barely dreamed of being tall – as a boy it was difficult for him to grow in height until he hit the growth spurt – and play, like his brothers, in our National League. That later, over time, he became excited about the National Team – he only reached the Major at the age of 21 – or perhaps playing abroad. But never as much, not even close, admitted by himself and his loved ones. If MG won his first tournament at age 22, in Italy… If in Bahía Blanca, at age 15, he was even cut by a selection of cadets and went down with his neighborhood club, Bahiense del Norte, when he was 17, pain that he endured by crying, locked in his room for hours. We are talking about a boy who was not born predestined to be a world star, as if he happened to be a LeBron, a Jordan, a Kobe, a Messi or a Maradona. Manu, more than anyone, was built as what he is today. And he became a Lord of Talents because some he had, of course, from birth, but most, in reality, he worked on with his discipline, professionalism, passion and determination, a combo that inspires and excites even those who do not follow both basketball.

But we have to go back to the information, which says that the Bahiense achieved it in his first year of selection – three years have to pass since his retirement. There are figures in history who never make it. In fact, he is only the third South American player -behind the Brazilians Oscar Schmidt and Ubiratan Pereira- and the first Hispanic-speaking Latino who gets into this place that immortalizes. And others take years: for example, in this edition, Rip Hamilton, Chauncey Billups and Michael Finley were left out, with important scrolls. Manu got it in his first application. Something that rarely happens, except in cases where his arrival is practically unanimous, as happened with the Bahiense.

The difficulty to reach the privilege is important because you have to pass three filters. Actually, votes of various committees made up of specialists. First they nominate you, as happened last December, with him and 48 other candidates. Then there is the Honors Committee, which decides the finalists. 18 of the 24 votes of the specialists that make it up are needed. MG20 passed it, in February, when 10 of the 49 chosen a priori remained. And now it was the turn of the Board of Directors called the Board of Trustees, which is made up of people already included in the HOF, journalists and specialists. Again it had to have at least 18 (out of 24) votes. And again the cut comfortably passed, an important source told Infobae. The members were to review each finalist, the merits, actions or statements of it. If any of that was considered to have damaged the image or integrity of the game, with immoral or ethical attitudes or even problems with the law, it could be removed from the list. Although it was a crack…

Of course, with impeccable conduct, none of this could happen to Manu. On the contrary, it was very good for them to take that into account. And, furthermore, he had more than enough resume… Because you have to know that, despite being in the United States, the Basketball Hall of Fame analyzes all the merits, not just those in that country, in the NBA or NCAA, for instance. Ginobili’s epic career in the NBA, with four rings, two All-Star selections, a near-MVP, a Best Sixth Man award and the best regular-season winning percentage in history, helped a lot, but it wasn’t the only thing. that was taken into account. The feats with our Selection, having been the star of the national team that remained at the top for more than a decade, with two Olympic medals -gold and bronze- and a world runner-up, among other results, and what was achieved in Europe -four titles, including the Euroleague , and four MVP-, also swelled his case. The same as the imprint that he left from his values ​​and behavior -never a fight with a DT, a partner, a rival or a referee, absolute absence of controversy for 20 years-, the play that he patented and the way that inspired other athletes accepting to be a substitute -for the good of the team- when he was a superstar of the competition.

It is a sung election, because it was known that Manu had great chances and, in addition, for having been advanced by a journalist from the USA, on Thursday, but that does not take away its emotion or importance. There were also many who believed that she should be among the 75 best players in history that the NBA chose in October to celebrate his 75th birthday, and yet she was not. She was on the brink, surely, but she wasn’t. He was not nonsense, nor was he the only one who was controversially left out. Vince Carter, Klay Thompson, Ben Wallace, Tony Parker, Pau Gasol, Chris Bosh, Dwight Howard and Tracy McGrady, among others, made merit to be in the select group and were not included. For Manu it is revenge because, genuinely, he is not desperate for prizes, as he never was, when he was a player. But this was what he expected – much more than being among the 75, something he said he considered he should not be – and he knew that his chances were greater. This is for eternity.

Things of destiny, Manu will enter the HOF along with another former NBA figure and it is, coincidentally, the one who will captivate him with his game when he was a teenager in Bahia. Is about TimHardaway, the king of the crossover, that change of direction that players make when they drive to the rim. Manu was captivated with his style when he saw that Warriors team and the famous RUN TMC, a super offensive trio that the point guard formed with Chris Mullin and Mitch Richmond from 1989 and 1991, just when MG started watching NBA at his home in Vergara 14 in Bahia. A lethal trident who averaged about 70 points per game and earned the nickname for the first letters of the names, which were the same as a famous rap group from the 80s. Today the son is better known, who is in the NBA , but the really good one was the father. One of the most creative and captivating bases to watch in all of history. Five times All Star and five times All NBA Team –once he was in the first, the ideal quintet-, that little tank that always seemed to play in a paddock retired after 15 seasons with averages of 17.7 points and 8.2 assists.

After this official announcement, during the NCAA Final 4 that takes place in New Orleans and whose champion we will know this Monday, the enthronement is now for September, during a ceremony that will take place on the 9th and 10th in Springfield, Massachusetts, with tickets that They will be for sale in the near future. For now, it is already a fact: the Valhalla of basketball has a new member: it is Emanuel David Ginóbili. And he is Argentine. Nothing more and nothing less. Applause, ladies and gentlemen.

Manu Ginóbili was moved after being elected to the Hall of Fame: “These are things you never dream of”

From his past as a soldier that he does not want to talk about to leading Ginobili to glory: Gregg Popovich, the coach with the most wins in NBA history

“The Ginóbili legacy”: the 4 changes promoted by Manu that revolutionized the NBA

How he found out, who told him and his funny reaction: the day Ginobili was chosen to play in the NBA