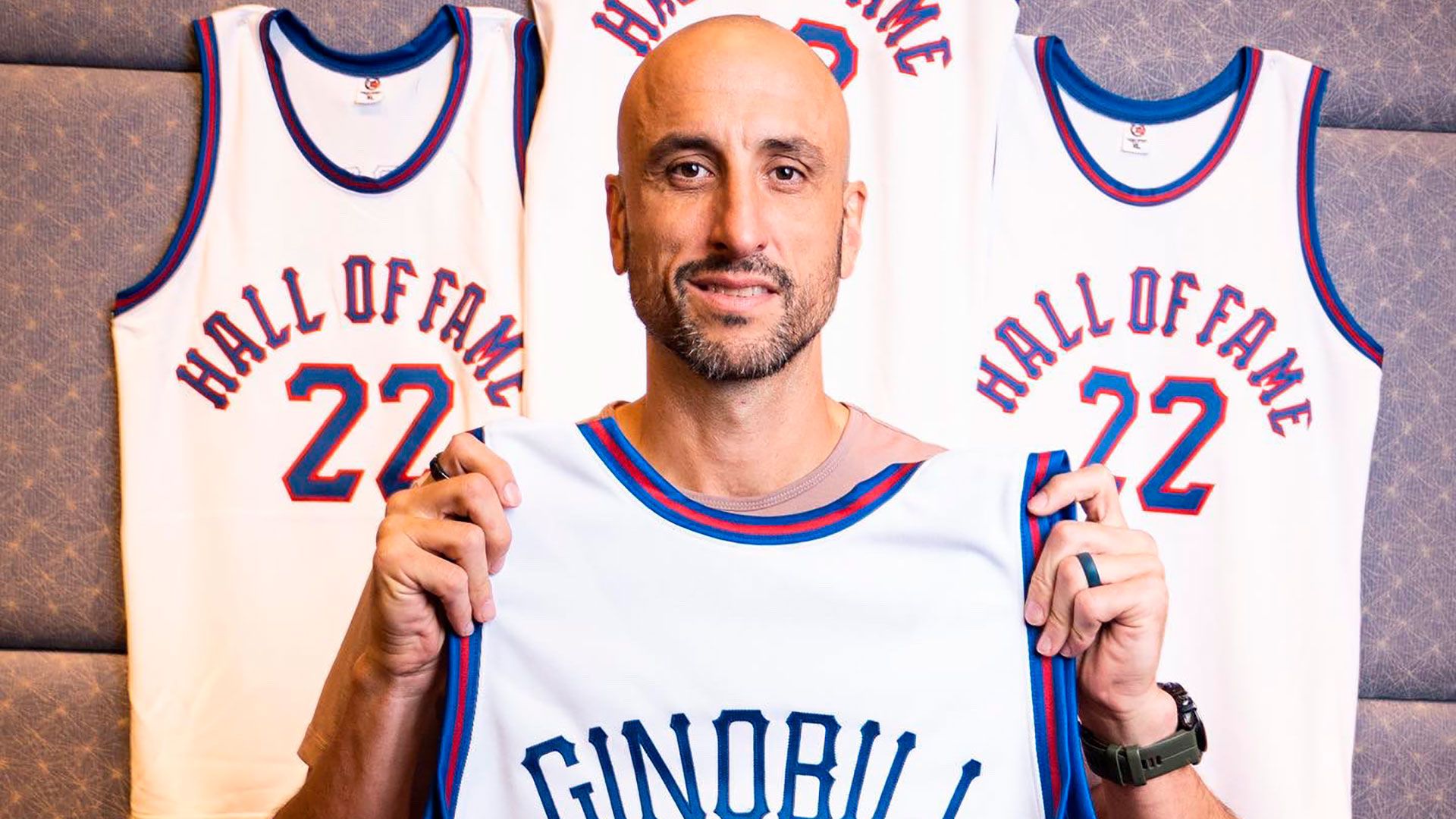 Today will be a special day for the glorious career of Manu Ginobili. One more for that Argentine who was born in Bahía Blanca and became one of the most important athletes in the history of Argentine sports. From 20 (Argentine time)who knew how to win four NBA rings with the San Antonio Spurs will be introduced to Basketball Hall of Fame. The transmission of the ceremony can be followed through DirecTV Sports or the channel NBA-TV.

Yes, Manu will be the first Argentine to enter the renowned Naismith Memorial Basketball Hall of Fame in Springfield, Massachusetts, the city where one of the most popular sports in the world was born. That same space to which names like those of Michael Jordan, Magic Johnson, Larry Bird, Bill Russell and hundreds of other legends who took their place with a past as a player, coach or coach and other actors who stood out in their relationship with the discipline.

Ginobili came to be considered in his first year of eligibility and after competing with 50 candidates. He had to pass three filters and he did it comfortably after the election in each case of a committee of experts that selected him over other applicants. It was not necessary to review his career too much to know that, at some point, who knew how to wear the number 20 jersey of the San Antonio Spurs for 16 seasons, was going to reach the place where the last names of basketball legends rest, mostly that successfully passed through the United States.

As you know, you won’t have the time you’d like to thank everyone who was part of your career, whether it was in your beginnings at Bahiense del Norte, or during your brief stint in the National League until you moved to Europe to dazzle all with their skills near and far from the hoop, or the goals with which they shared in the Spurs, Manu took advantage of social networks to leave a message to each group. His friends were not lacking Golden Generationwith whom he stood at the top of the world after winning the gold medal at the 2004 Athens Olympics and many other conquests with the light blue and white No. 5.

HOW WILL THE CEREMONY BE?

After the day on Friday, in which he held an exclusive autograph signing session and gave a press conference for all the world’s media present in Springfield, in addition to being given a jacket and a ring for entering the Hall of Fame, today will be the main event at the venue of the HoopHall.

A reception party will be held at the museum in the afternoon for the owners of the most exclusive tickets to the ceremony, with food and drinks. At 7:00 p.m. the red carpet of the ceremony will begin, in which many of the great stars of this sport will pass. Until an hour later, from 8 to 10 p.m., the weekend will be completed with the presentation of each of those inducted into the Hall of Fame. Each one will go on stage to give their long-awaited speech and, in the preview, they will be introduced by their godfather. In the case of Ginobili, the one who will precede him will be his great friend and his partner in San Antonio, Tim Duncan.

Manu invited several of the most relevant characters of his career. Several of them, for different reasons and personal commitments, will not be with the Bahiense. Those who will accompany him will be his wife Mani together with their childrenhis brother Leandro Ginobiliseveral of the players of the Argentine national team –Gabriel Fernandez, Fabricio Oberto, Pepe Sanchez and Luis Scola– Y Julius Lamashis first DT in the Albiceleste. he also traveled Oscar Egg Sanchez, his mentor and the one who discovered him. Another who will be present will be the historic coach of San Antonio, Gregg Popovich. Of course, Tony Parkerthe former French guard, part of the Spurs dynasty, will not miss the introduction of his partner.

THE ACHIEVEMENTS THAT LEADED HIM TO BE CHOSEN

There were tangible achievements such as being the main protagonist of four of the five titles in the history of the San Antonio Spurs (2003, 2005, 2007 and 2014). He was chosen on Best Sixth Man of the NBA in 2008 and had two appearances in the All Star Game (2005 and 2011). Another fact that marks his assessment in the NBA is that he has the best winning percentage in history among the 141 players who have played more than 1,000 games in the regular phase. His record was 762 wins and 295 losses for 72.1%. Incredible.

With Argentina, that 2002 that marked a milestone by becoming the first team to beat another team made up entirely of players from the best basketball league in the Indianapolis World Cup, was the prelude to the Olympic gold that he achieved together with his teammates in Athens . Four years later, at Beijing 2008, he added another medal to her at the Olympics, with bronze in China.

The intangibles, or those that were spread among the fans, is the legacy that Manu himself left after his stay in the NBA. For many, Ginobili installed the concept of the value of being a sixth man. In other words, giving away a greater personal ambition to improve the team. Another thing was its being competitive. it was a winner. Since he was a child, how his parents always marked him in every interview. And respect for the sport, the partner and the rival. Fully deserved.

Manu Ginóbili, intimate: his obsession with “not losing”, the discomfort of entering the Hall of Fame and the only regret of his career