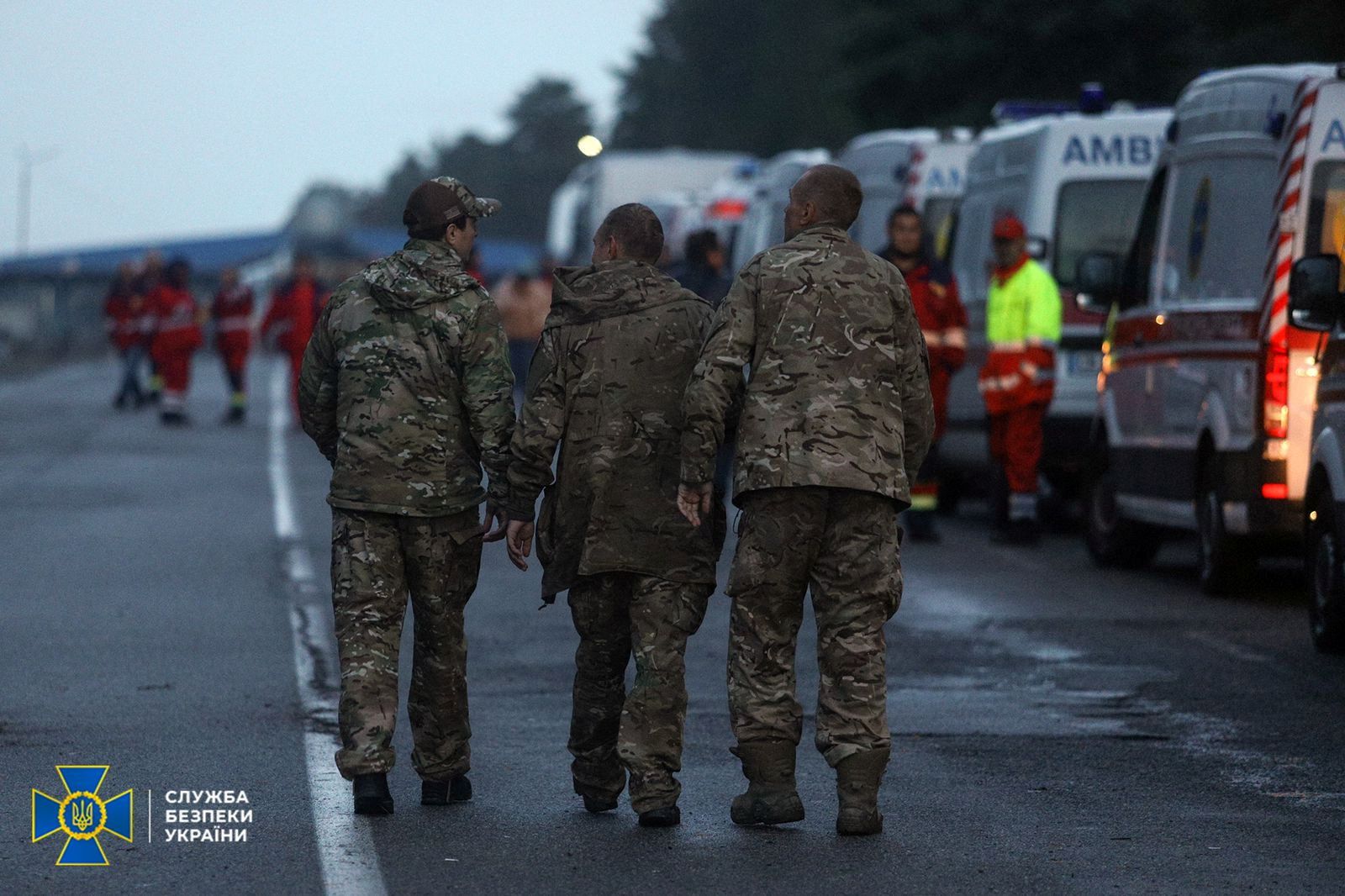 Many Ukrainians who were handed over to kyiv in a major POW swap with Moscow were “brutally tortured” during their captivity.said a senior Ukrainian official on Thursday.

“Many of them were brutally tortured,” he declared at a press conference. Kyrylo Budanovin charge of the intelligence department in the Ukrainian Ministry of Defense, which participated in the organization of the exchange, announced the day before by kyiv.

According to him, there are “people whose physical condition is more or less normal, apart from chronic undernourishment due to poor detention conditions.”

These prisoners were held in various establishments in the Ukrainian territories occupied by Russian troops, as well as in Russia, Budanov said.

According to the interior minister, Denys Monastyrsky“absolutely all” the exchanged Ukrainians “need psychological rehabilitation”.

Ukraine on Thursday announced a high-profile prisoner swap that was the culmination of months of efforts to release many of the fighters Ukrainians who defended a steel plant in Mariupol during a long Russian siege. In return, kyiv handed over an ally of Russian President Vladimir Putin and 55 other prisoners.

Volodomir Zelensky said that his government got the freedom of 215 Ukrainian and foreign citizens with the help of the mediation of Turkey and Saudi Arabia. Many were soldiers and officers facing the death penalty in the territory occupied by Moscow’s troops, the Ukrainian president added.

Russian authorities did not immediately confirm the operation or comment on what appears to be the largest exchange of prisoners in the nearly seven months of the war.

Of the total, 200 Ukrainians were exchanged for one man: the leader of the pro-Russian opposition Viktor Medvedchuk, which is Ukrainian. The 68-year-old oligarch escaped from house arrest in Ukraine just days before the start of the invasion by Kremlin troops on February 24 but was recaptured in April. He was facing life in prison on charges of treason and collaboration with a terrorist organization for mediating the purchase of coal for the breakaway republic of Donetsk, a Moscow-backed region in eastern Ukraine.

Medvedchuk met Putin during his time as chief of staff to former Ukrainian President Leonid Kuchma. The Russian leader is the godfather of Medvedchuk’s daughter. His arrest sparked a heated exchange between Moscow and kyiv officials.

Medvedchuk is the head of the political council of the pro-Russian Ukrainian Platform for Life party, the largest opposition group in the kyiv parliament, which has been suspended by the government. Putin, for his part, has repeatedly described Medvedchuk as a victim of political repression.

“It’s not a pity to hand over Medvedchuk in exchange for real fighters,” Zelensky said in his late-night video address. “He has passed all investigative actions contemplated by law. Ukraine has received from him everything necessary to establish the truth within the framework of criminal proceedings.”

In another swap, Ukraine achieved the release of five commanders who led the defense of the Azovstal steel plant of Mariupol in exchange for 55 Russian prisoners he had held, added the president.

Antonio Guterres He applauded the exchanges, which he described as important, but added that “much remains to be done to alleviate the suffering caused by the war in Ukraine,” said his spokesman. The United Nations secretary-general reiterated the need to respect international law on the treatment of prisoners and continue to support future exchanges, the spokesman, Stephane Dujarric, added.