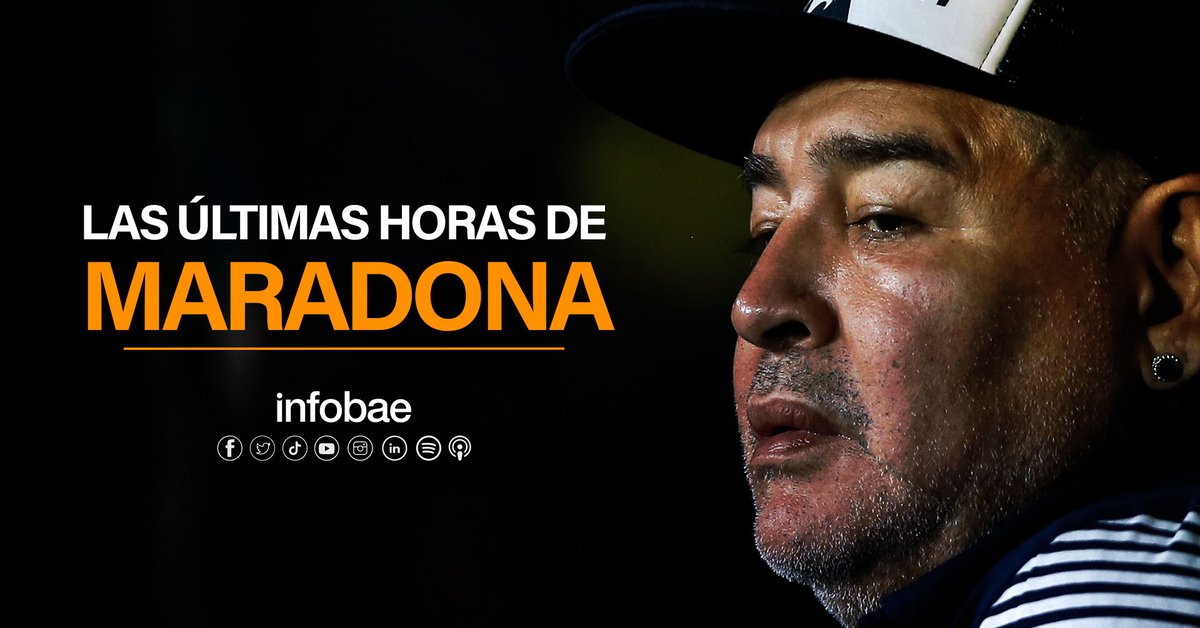 It’s been over a year now. On November 25, 2020, death Diego Armando Maradona it paralyzed the whole world. Time passed so quickly that the pain of his absence feels as if it were yesterday among his fans, former teammates, friends, family and relatives. His experiences are still fresh in the minds of his loved ones, the tributes in the football stadiums are multiplying.

Once the news was spread and after what was his public and massive wake at the Casa Rosada, there were countless times that the life of the star born in Villa Fiorito was reviewed, his sporting achievements or the tributes made in his honor, but without doubts the most talked about was his last days of life. Testimonies, facts and speculations were revealed little by little and caused astonishment due to the unexpected context in which they said goodbye.

Several merely factual issues that were left by the death of Pelusa, such as the ongoing legal cases and inheritance, still remain to be resolved, but there are others, more abstract, inside privacy. For example, in what socio-affective conditions Maradona left. Did he die alone, as they say? And if so, how lonely were his last days?

In this way, “The last hours of Maradona” is a documentary produced by Infobae with the intention of rebuilding – or getting as close as possible- the end of Diego’s life, from his birthday, through hospitalization at the Olivos Clinic and his operation for a subdural hematoma, until his final move to the San Andrés neighborhood of Tiger. Who accompanied – or not – Diego in his last days, how he went through them, what people were able to give him affection and how were his last talks with him.

Is so Lalo and Rita Maradona -two of his brothers-, Héctor Enrique and Mariano Israelit -as friends-, Veronica Ojeda -your ex-partner-, Matías Morla -your attorney-in-fact-, and Gabriel Pellegrino -president of Gimnasia de La Plata- gave their testimonies, each one from their point of view and their place, of what they were seeing, feeling and acting on Maradona’s journey until his tragic end. All with two points in common, as clear as they are contradictory: their spirits and health were in decline, but at the same time no one saw the painful epilogue coming.

Absolutely everyone agrees that a turning point in the physical and mental health of the then DT del Lobo was the mandatory isolation decreed on March 19 of last year by the national government in the face of the coronavirus pandemic. Without the possibility of receiving visits from loved ones, added to the lack of football, it was the beginning of a slope that became more and more abrupt. “We must bear in mind that for Diego the best perfume is the smell of grass and he was deprived of that, it will have been very, very difficult for him,” Enrique stressed.

“All messages were denied. I don’t know what harm could be done to Maradona by going to see him, eat a barbecue and talk about the beautiful and not-so-beautiful moments that we had, ”El Negro said about the times he tried to contact a former partner by cell phone, with whom they raised together the World Cup in Mexico 86. Something that, until today, all the members of that squad led by Carlos Salvador Bilardo repeat: the impossibility of speaking or seeing their captain.

Perhaps the first notice of what would happen to Diego was given on October 30, the day he celebrated his 60th birthday on the gymnastics court. Before the Tripero game against the Board of Trustees, the transmission promised a party with Diego as the protagonist. Even Cladio Tapia and Marcelo Tinelli attended, both in the capacity of president of the AFA and the Professional Football League respectively. But it was far from being an enjoyable celebration, since the image that the coach gave was sad for the fans who were on the other side of the screen, unable to attend due to government restrictions.

“As in the pandemic we had been so careful with everything, with Diego we had talked about not going to the game and then he appeared on the field alone. He felt sad that he could not celebrate the birthday. He said it was not such a birthday, without people. On the day of the match we did not see it so well, “said Pellegrino.

Secluded for months at home and without the possibility of celebrating his birthday sitting at a table with all his children, another factor that affected – or had already been affecting – Maradona was the lack of his parents. Doña Tota died on November 19, 2011, while Chitoro left in 2015, something that according to her family environment she could never overcome. “From 5 years ago he was no longer the Diego that I knew, my brother, the one I loved,” Lalo explained about what became of his brother without his parents.

All that combo exploded on November 3, when it was reported that Maradona would be operated on for a subdural hematoma. And, although the intervention was carried out successfully, Diego remained hospitalized and under observation for a week. “The day of discharge was the last day I saw him. We were talking and she was better, ”said Rita, her sister known as Kity, who in the family was nicknamed as the Boss, because she was the one in charge of visiting Diego and passing the medical report to the rest of the relatives.

Already installed in his home in Tigre, with the purpose of being closer to his children and being able to be accompanied in the postoperative period, Kity acknowledged that his visits were no longer constant due to medical recommendations not to surround his brother with so many people to prevent a possible contagion of coronavirus, something that today he regrets having respected. “I am sorry I did not go, to have complied with that not being allowed to enter. If I had permission, I was on the list of those who could enter, it would have been the same ”, he says with a bright look.

One of the last people to see Diego alive was his ex-partner Verónica Ojeda, who took Dieguito Fernando to visit his father on Monday, November 23. “Vanesa Morla called me and told me to take Dieguito because Diego was alone all weekend. I took him and, upon entering the room, Dieguito threw himself on his father to hug him. They said nice things, they loved each other. They kissed and hugged each other. Dieguito is a very affectionate boy. And he was always on top of his dad ”, he mentioned when describing the situation, which may have been the last show of affection that Pelusa received.

“I told him that Dieguito needed to see him well, that I wanted him to be well. He promised me that he would be, that he would take Dieguito tomorrow, who would be fine, “he added. However, that meeting never happened. That Tuesday a strong storm hit the City of Buenos Aires and its surroundings, so Ojeda preferred not to travel alone by car from her home in Ezeiza to Tigre and postponed the meeting for Wednesday. That same day, at approximately 12:30 p.m., the death of Diego Armando Maradona was confirmed as a result of an exacerbation of chronic heart failure, which led to lung edema.

For Diego’s environment it is impossible for him to explain in words what his absence means. Just a few words and a melancholic cry invade any of the interlocutors when asked about the death of Maradona or how he should remind one of the greatest icons in Argentine history.

– Yes, Dieguito, dad went to heaven … But he will always be with you …

“We were not prepared”: a former colleague of Maradona starred in one of the most emotional videos to remember him