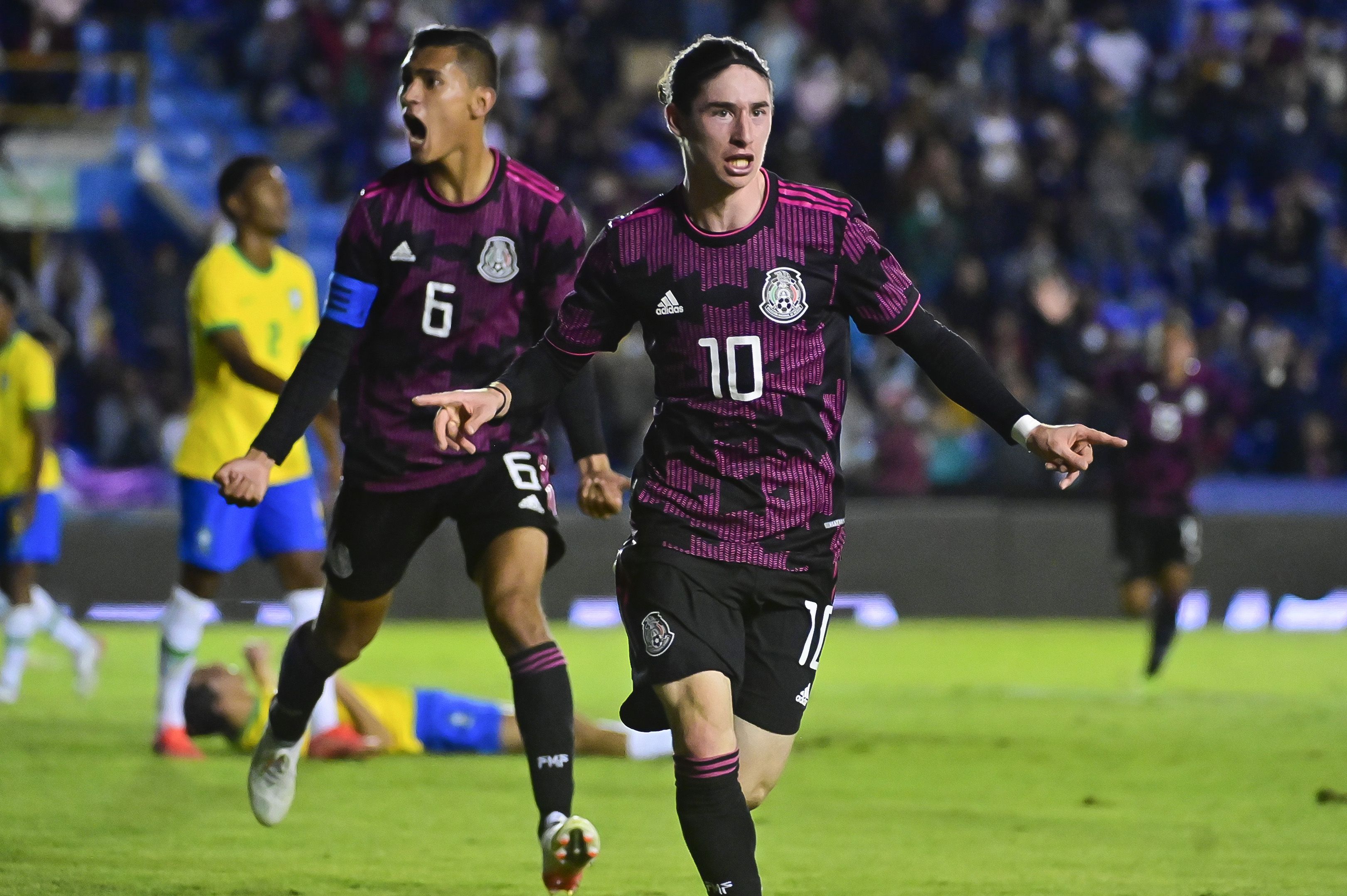 Some days ago Marcelo Flores placeholder image He was a figure with the Mexican Under-20 National Team. His performance was essential for the national representative to win the first trophy of the Revelations Cup 2021. The Arsenal player collaborated with two scores, against Brazil and USA respectively. Today, he commented in an interview with TUDN that his dream is to reach the Mexican National Team and play a World Cup.

With just 18 years of age, Flores begins to position his name as one of the future stars of football. The player has triple nationality: Canadian, English and Mexican. Despite this, he has only worn the Tricolor shirt in lower divisions. At the expense of his young age, some fans and various sectors of the press are already asking for him as an option for the team of Gerardo Tata Martino.

Marcelo’s abilities allow him to perform in any offensive part of the field, however, where he feels most comfortable is as a midfielder. “My dream is to reach the senior team. For me I am in the process of going in the sub 20. For whatever comes I’m ready, if they call me I’m ready, but I am in that process now of the sub 20 and I am happy ”, assured Flores in his interview.

On the other hand, when the theme of the World Cup was raised, Flores did not hesitate to say that his possibility of going to Qatar 2022 it still remains. Although it has not been considered in any major call for Tricolor, the player is clear that “It is not impossible”Your participation in said match. To do this, he stressed that you have to work every day to improve, but that the help of managers and technicians is very useful if you want to achieve that goal.

In the same way, he recognized that there is not a great difference between the level of soccer that there is with his teammates in the MX league. “Nor there is a lot of difference. They are all very good players here and also in Europe and they are the ones who make the best decisions and make the best players, ”commented the Arsenal player.

It should be noted that since Marcelo was 15 years old he was part of the U-18 team of the Gunners. Since then, the Mexican has scored eight goals and distributed four assists in 27 games played. His outstanding performances have caused Mikel Arteta, technical director of the first team, analyze the option of promoting him and making him part of the squad that disputes the Premiere league.

The fans took advantage of the good time that the young midfielder is living to request his presence in the calls of the Tata. They compared his performance against the United States with that of the senior team. For his part, Flores was able to score against the selection of the Barras y las Estrellas after threatening a defender on the outskirts of the area, driving a couple of meters and shooting crossed, while the Aztec team that plays its pass to the World Cup was not able to score a goal.

During the Revelations Cup tournament, the midfielder showed his qualities and repeatedly fired from outside the area, dribbled his rivals and shared the game with his teammates. His momentum was notorious and all the offensive plays went through him.

However, Flores closed his interview with a somewhat discouraging message. “I am living in the moment, but I am open for the three elections, but at the moment I’m fine with Mexico ”, highlighting that if Canada or England contemplate him for a possible call in the future, he would not close the doors.

Who is Marcelo Flores, the young promise of the Mexican National Team