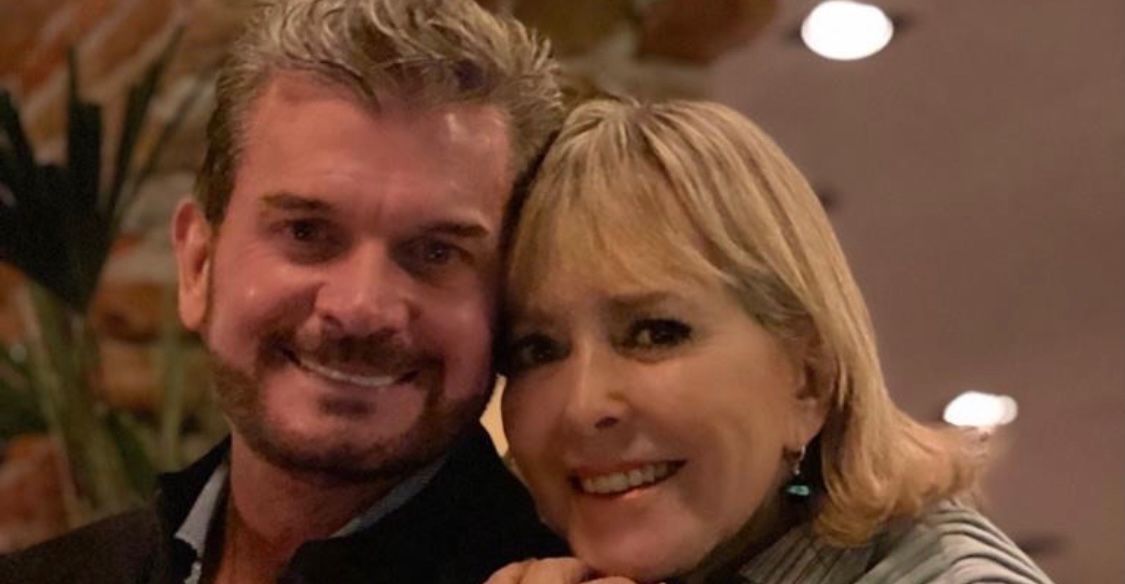 Actors Margaret Gralia and Sergio Basáñez starred in one of the most anticipated moments by their fans, because after 16 years having been the stellar couple of the soap opera Love in custody, transmitted by Aztec TV and that are currently being screened once more, they met again and showed that they have a great friendship. The dinner was attended by more members of the production that is considered by lovers of melodramas, as one of the most successful projects of the Ajusco television station.

“Our friendship does not depend on things like space and time . Richard Bach. Friend always It is a pleasure to see you Margarita Gralia“The actor wrote at the bottom of a photograph next to the beloved actress who shared on his official Instagram account and immediately became one of his most popular photographs on said social network.

For her part, Margarita dedicated the following message to her friend: “It is always a pleasure to meet my dear Sergio. Our friendship is enormous and our love more“, To which the telenovela fans commented that it had been one of the most anticipated reunions by all, in addition to the fact that time had not passed in them since despite their age, both actors look” radiant. “

Margarita’s career, who He is currently 66 years old, began in the early 80s, but it was not until 1995 that she got a starring role, when she played the main antagonist of the telenovela Cross Roads with Mariana levy and Ariel Lopez Padilla. The most successful project so far is Amor en Custodia, according to her followers, in addition to being the one most remembered by the actress who on every occasion that fans tag her in something related to the project, she answers and thanks for continuing to remember the melodrama with so much affection.

For his part, Sergio, 51, made his debut in 1990 in the melodrama Nobody’s love, starring the famous actress Lucia Mendez and role with which the actor, originally from Poza Rica, Veracruz, demonstrated his talent, starting a prolific career as a television actor. He was currently part of The soulless, one of the most successful projects for Televisa in recent years and of which it is rumored that there could be a second season in the not too distant future since the melodrama ended in a very uncertain and open way to that opportunity.

It was this weekend when the couple of actors showed on their social networks a photograph in which they showed their emotional reunion, 16 years after having shared forums and screens with other actors such as Paola Nuñez, Andres Palacios and Verónica Merchant, who were not present this time. The dinner was also attended by Amaranta Ruíz, Linet Puente and Anette Michel.

Love in custody, distributed internationally as Forbidden passions,It was the Mexican version of the Argentine homonymous story created by Marcela Citterio and Enrique Estevanez. It premiered by Azteca Trece -actual Azteca 1- July 18, 2005 and in addition to Margarita and Sergio, it featured performances by Fernando Sarfatti, Lisset, Ramiro Huerta -in antagonistic roles-, Adriana louvier, Lupita Sandoval, among others.

In history we could see Basáñez as “Juan Manuel Aguirre placeholder image”, Who lives on the outskirts of the city working in the fields with his wife,“ Gabriela ”and their daughter“ Tatiana ”. But one day he went to a job interview to fill the position of foreman at the ranch of the prestigious businesswoman “Peace”Achaval-Urien, whom Margarita gave life, with whom she ends up falling in love.

Love in custody: where and at what time to see the return of Barbie and Pacheco