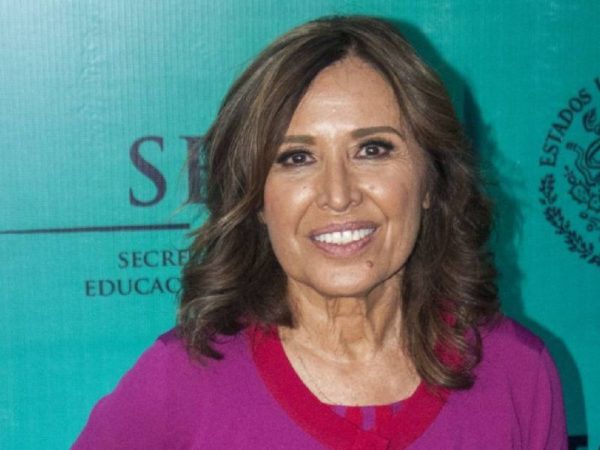 The production of the telenovela ‘My fortune is loving you’, in which Carmen Salinas is currently participating, has substituted María Rojo.

A few hours ago it was announced that Carmen Salinas placeholder image he would not be able to return to his work activities soon if he regained consciousness.

In a statement published by his family, they indicated that he would have to do a rehabilitation before thinking back to the stage.

“Through this medium, we inform that by instructions of the doctors, the lady Carmen Salinas, In the event that he regained consciousness, he would have to undergo a rehabilitation that would not allow him to have a short-term work activity. This because it was fulfilling with various projects ”, they reported.

For this reason, the production of the telenovela ‘My fortune is to love you ‘, where he currently participates, has had to find a substitute for him. Red mary will be the one who takes, for the meantime, his role.

“The production of ‘My fortune is loving you’ reported today that the first actress María Rojo will temporarily replace Doña Carmen Salinas, to give continuity to the character of Margarita Domínguez Negrete, Magos. This every time that the production is on the air and that it requires to continue advancing in its recordings.

The producer Nicandro Díaz highlighted “that all the production of ‘My fortune is to love you ‘ She hopes for the speedy recovery of Mrs. Carmen Salinas and is keeping an eye on her evolution and close to the actress’s family.

He explained that, since the medical team has indicated that the recovery process will be lengthy, which has been corroborated by the family, the decision has been made to invite the actress María Rojo, who will play the character of Magi ”, is mentioned in a statement issued by Televisa Espectáculos on social networks.