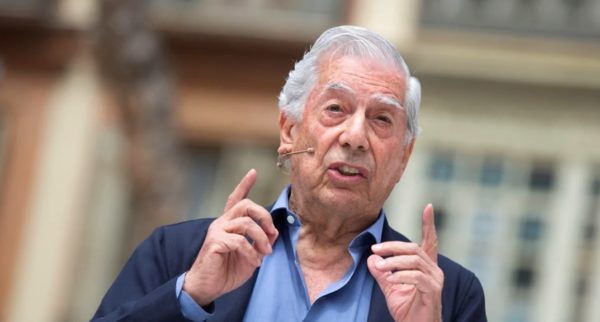 The 34 members of the French Academy, In charge of preserving and defending that language, they will vote this Thursday, November 25, the election of the person who will take the seat of Michel Serres, passed away in 2019, to which the Peruvian is a candidate Mario Vargas Llosa, favorite to appointment.

The decision must be approved by an absolute majority during tomorrow’s session, that will be developed in private and without the presence of the applicants, among whom are also writers with fewer possibilities, such as Emmanuel cruvelier or Eric Dubois.

Vargas Llosa, who has the double Spanish and Peruvian nationality and is a member since 1994 of the Royal Spanish Academy, presented his candidacy last October 7 after sending a letter to the current perpetual secretary of the famous conclave, the historian Hélène Carrère d’Encausse.

It is an unusual candidacy since the writer has already 85 years, and according to the regulations, no more than 75 years, and because he is also an author who writes in Spanish, although the influence on his work of French literature is known.

The Academy, created by the cardinal Richelieu in 1634, call its members “The Immortals” for the motto “To immortality” that appears on the emblem of the institution in reference to its mission.

Several current members, including Alain Finkielkraut, Chantal Thomas, Érik Orsenna and Jean-Christophe Rufin, have publicly expressed their sympathy for the Nobel nomination, for which age and language do not seem a problem, although from the Academia point out that the vote could also be left blank if an agreement is not reached.

If elected, the Academy would organize in the coming months a ceremony of inauguration of its seat, open to about 300 guests and in which the writer would have to intervene.

At this reception, the new “immortal”, dressed in a recognized green embroidered uniform and welcomed by his two godparents within the institution, you must read a speech and take possession of your seat, which will remain exclusively yours until your death.

He would also receive an Academy medal engraved with his name and the motto “To immortality” and a word from the dictionary would be attributed to him at that time.