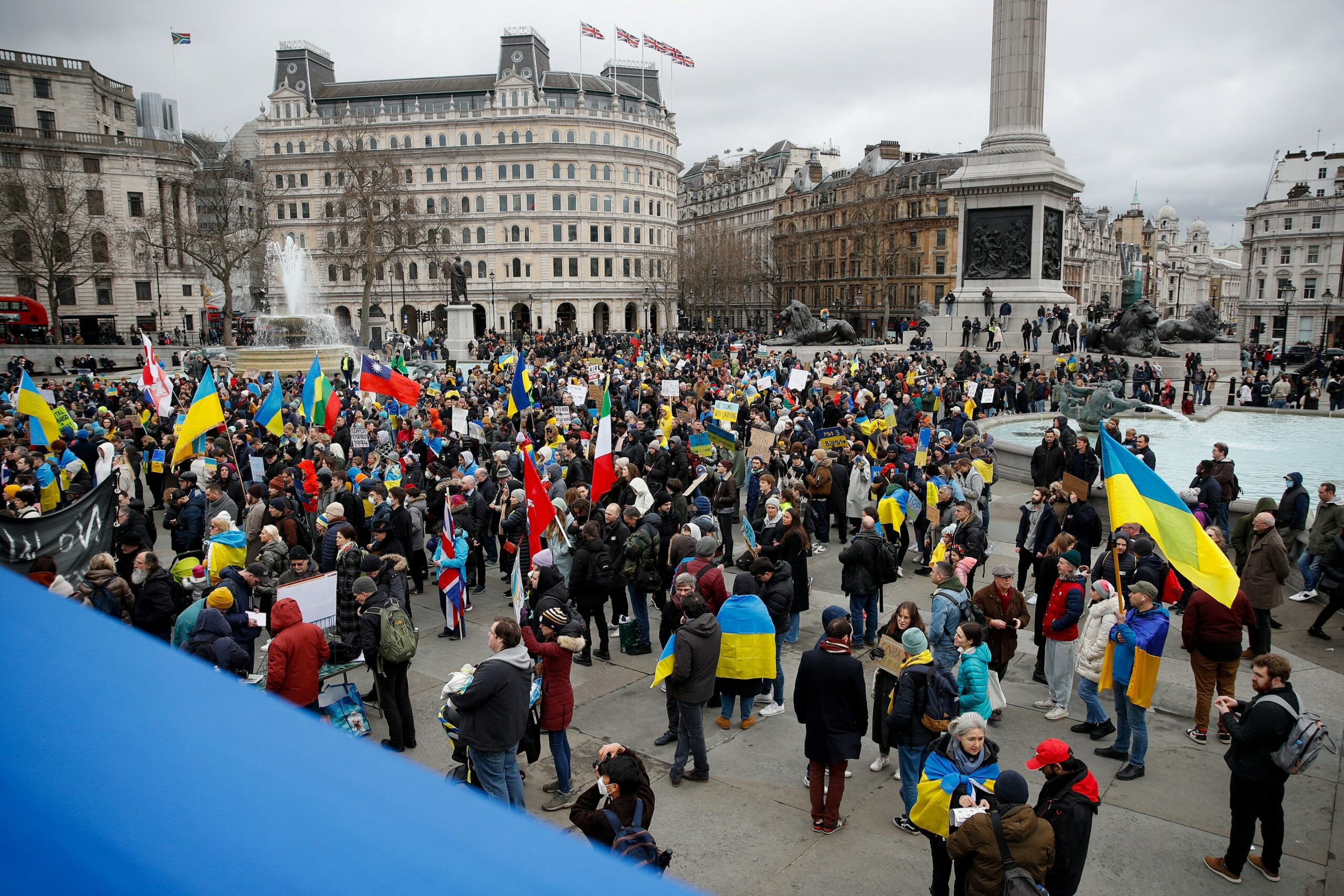 Massive protests unfolded in London on Saturday demanding an end to Russia‘s devastating invasion of Ukraine, praying for peace amid a slew of blue and yellow national flags.

The great crowd gathered at the central square of Trafalgarsinging the national anthem while covered in Ukrainian flags and calling Russian President Vladimir Putin a “terrorist.”

“When the last Ukrainian soldier falls, Putin will come for you, ladies and gentlemen,” read a giant banner.

“I am Ukrainian and I still have some relatives and friends in Ukraine,” Olena Marcyniuk, 36, said at the protest with her 14-month-old and nine-year-old sons. “We have to keep reminding the whole world, we have to stay united to support our country,” she told AFP, with a Ukrainian flag around her waist and on her stroller.

“Maybe somehow (we can) also make Russia understand that the world is for Ukraine and that it has to start acting to stop the war,” he added.

He said that much of his family had fled, but that his uncle stayed in Kiev to “fight for the city”. 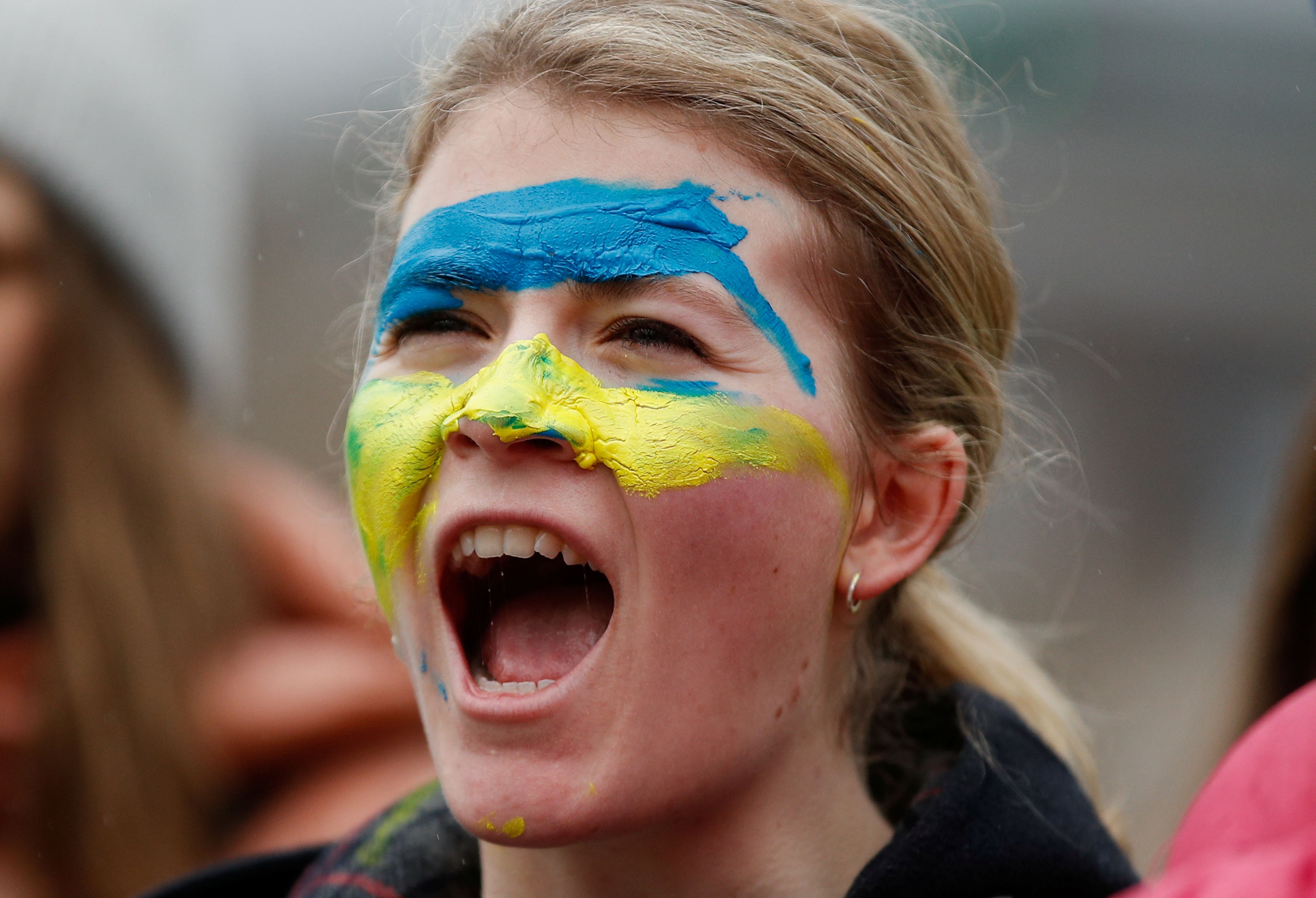 The papal nuncio to Britain, Archbishop Claudio Gugerotti, led a prayer, saying: “Today we are all Ukrainians.”

“My mother and stepfather and all my friends are in Sumy (city in eastern Ukraine) where they have been shelled, shelled for the last two days,” said Natalya Courtney, 41.

“Right now I’m waiting for my mother to answer me to see if she’s okay,” said the school’s finance officer. “It’s important to me that we win this war and get our freedom back…it’s just horrible,” she said as she started to rain. “We’re doing everything we can to help by sending money, picking up packages, picking up medical aid for soldiers, so everything we can, but it’s really, really stressful, very upsetting.”

He called for NATO to establish a no-fly zone over Ukraine, something the West has refused to do for fear of escalating the conflict. “Help us win the war on the ground, because it is the bombing of innocent civilians, children, women, the elderly… It is a massacre.”

While the amnifestations are taking place, the evacuation of the inhabitants of Mariúpol, a strategic Ukrainian port besieged by Russian forces and their allies, was postponed due to the multiple Russian violations of the ceasefire, its mayor accused this Saturday.

The evacuation of civilians, which was to begin before noon, “was postponed for security reasons,” as Russian forces “continue to bombard Mariupol and its surroundings,” the mayor’s office said on Telegram.

The municipality urged civilians who had gathered at the city’s exit points to “go back to the shelters.” “Negotiations with Russia are ongoing. [para establecer un alto el fuego] and guarantee the installation of a humanitarian corridor,” he added. 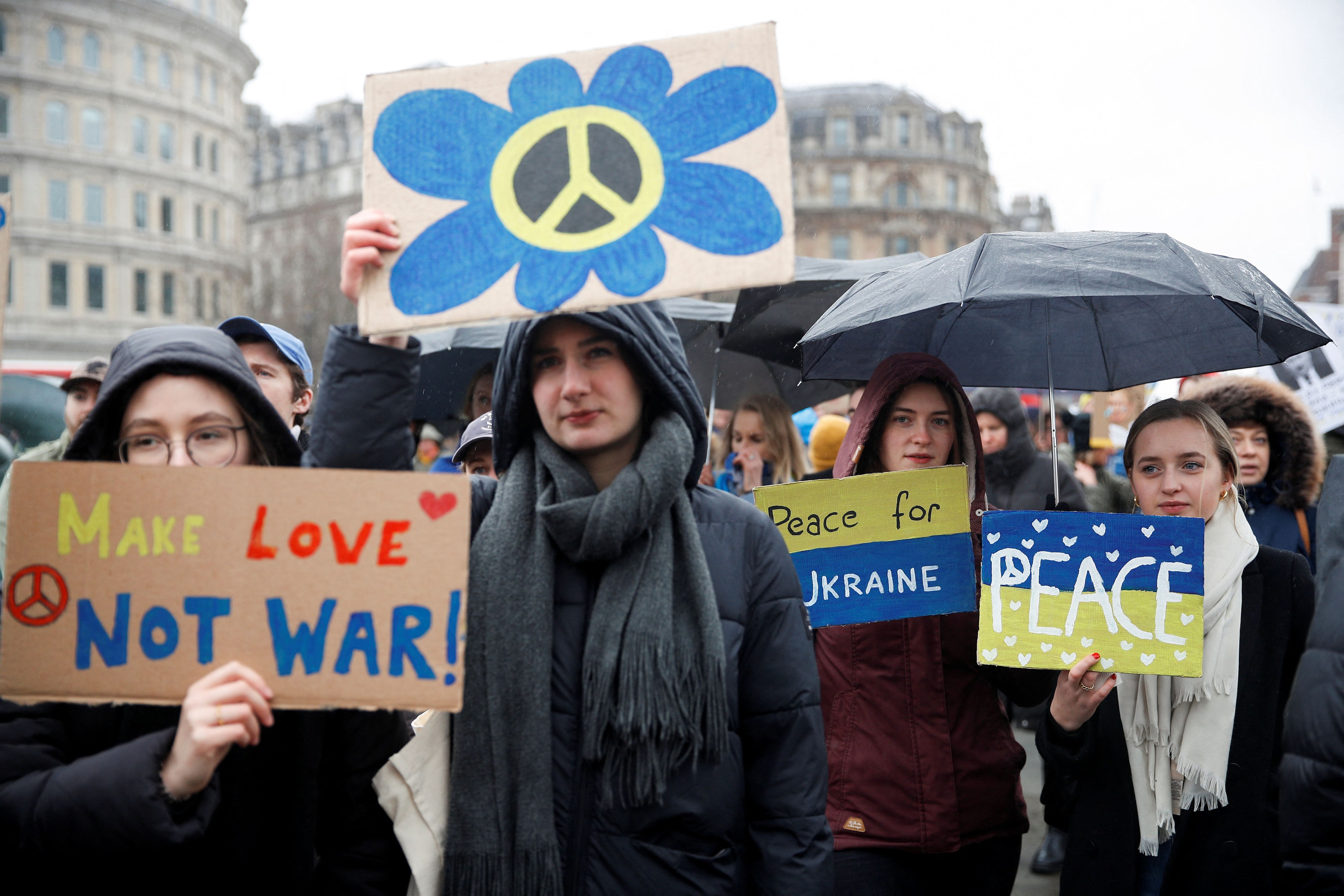 More than 1.37 million people have fled Ukraine since the beginning of the Russian invasion on February 24according to the latest UN figures published this Saturday.

Ukraine borders seven countries, Russia to the north and east, Belarus to the north, Poland and Slovakia to the west, and Romania, Hungary, and Moldova to the southwest. 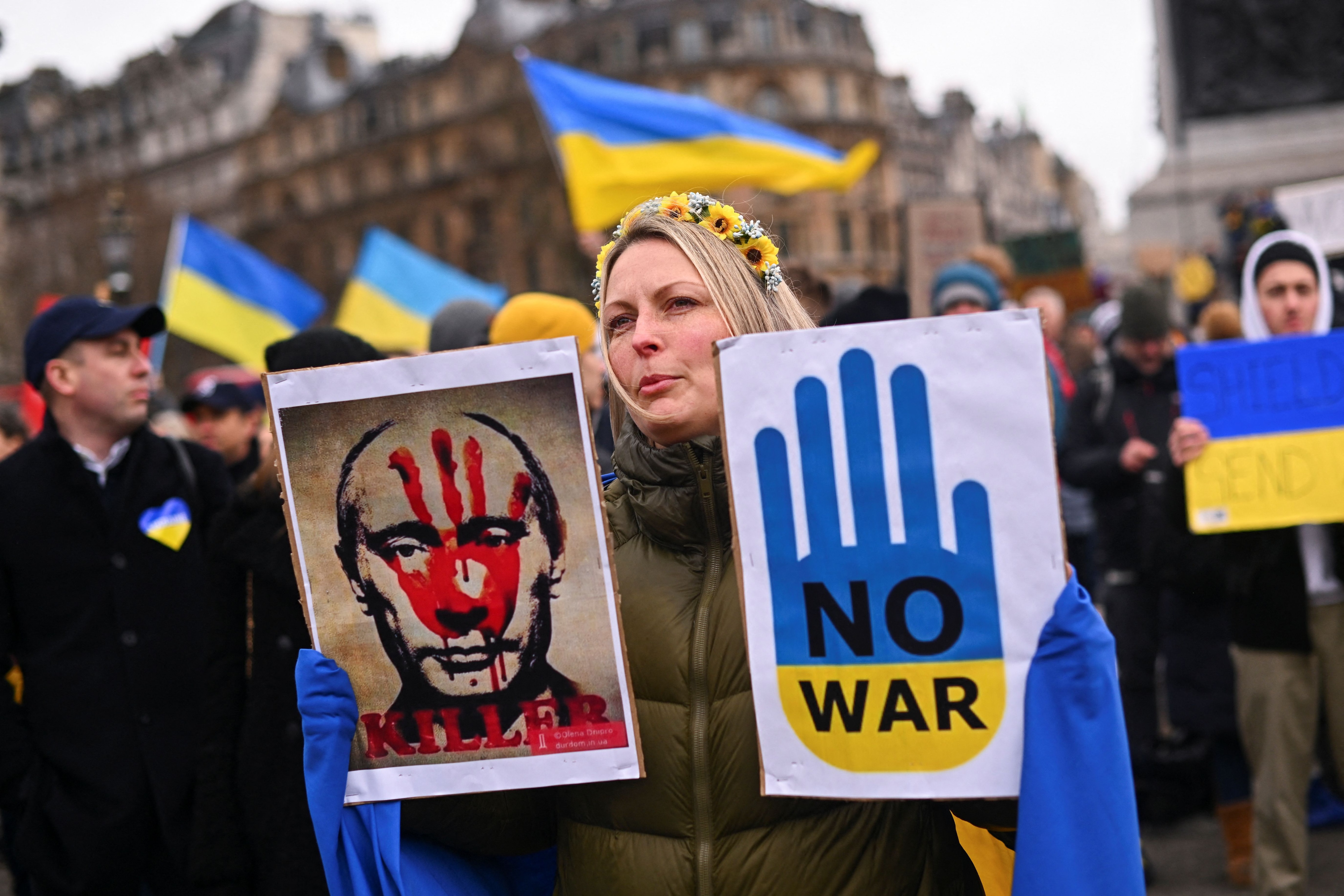 According to the United Nations High Commissioner for Refugees (UNHCR), the latest figures available on Saturday at 12:15 GMT showed that 1,368,864 people had fled from Ukraine to neighboring countries since the start of the Russian offensive.

UN authorities expect the flow to increase as the Russian military appears to be concentrating its attacks on large Ukrainian cities. These numbers include the territory controlled by Kiev, with more than 37 million inhabitants, but not the Crimean peninsula – annexed by Russia in 2014 – nor the two areas in the hands of pro-Russian separatists in the east of the country. 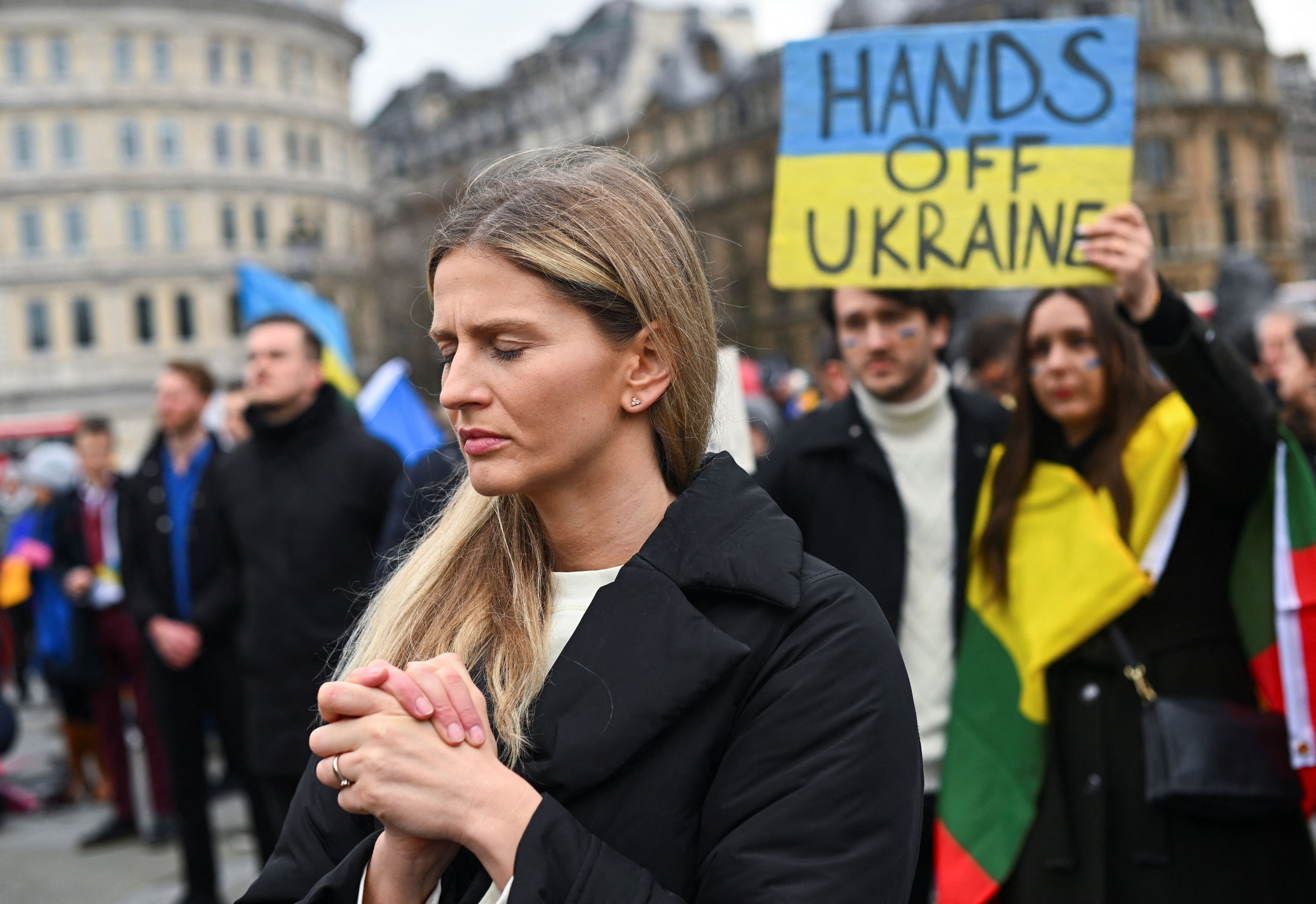 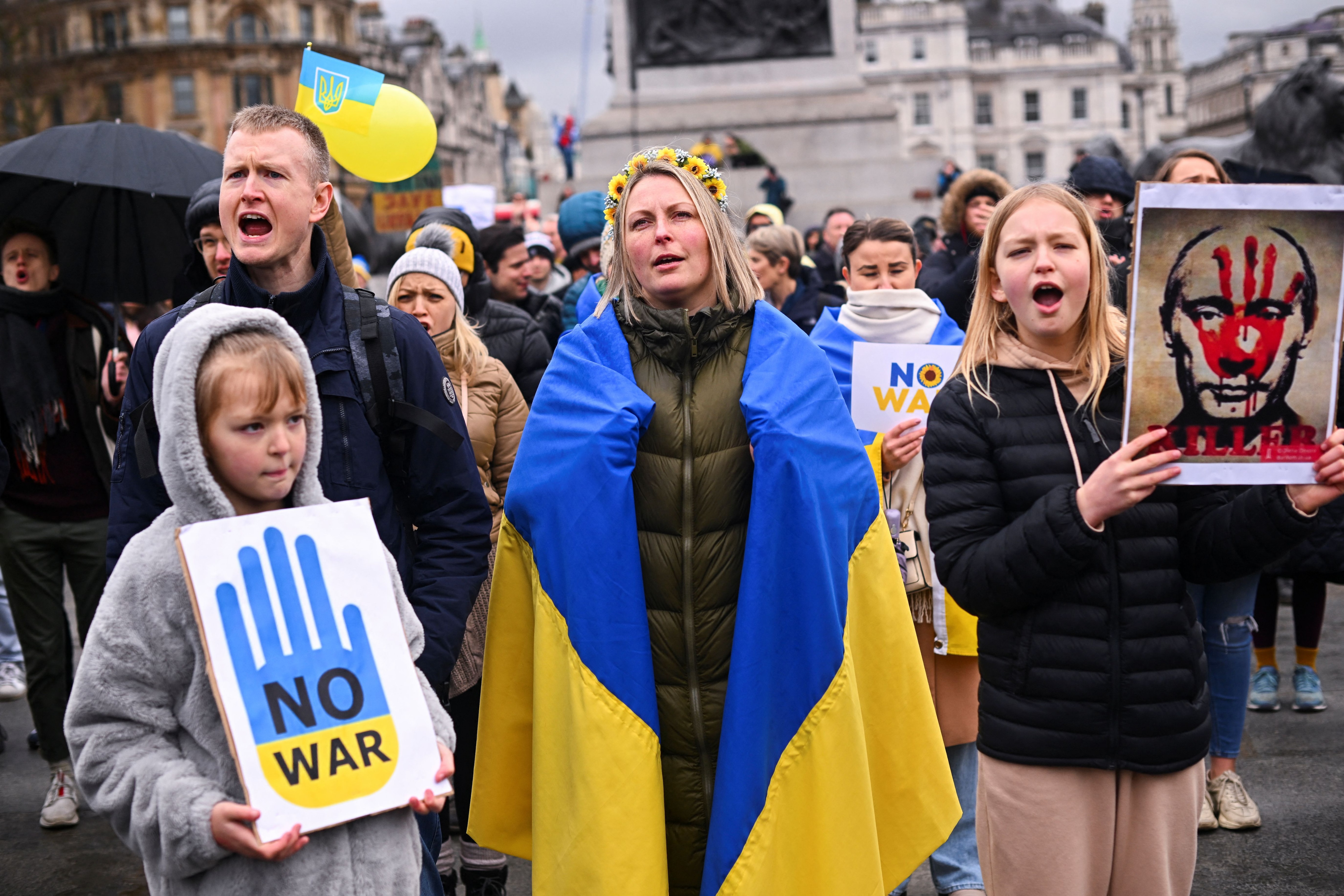 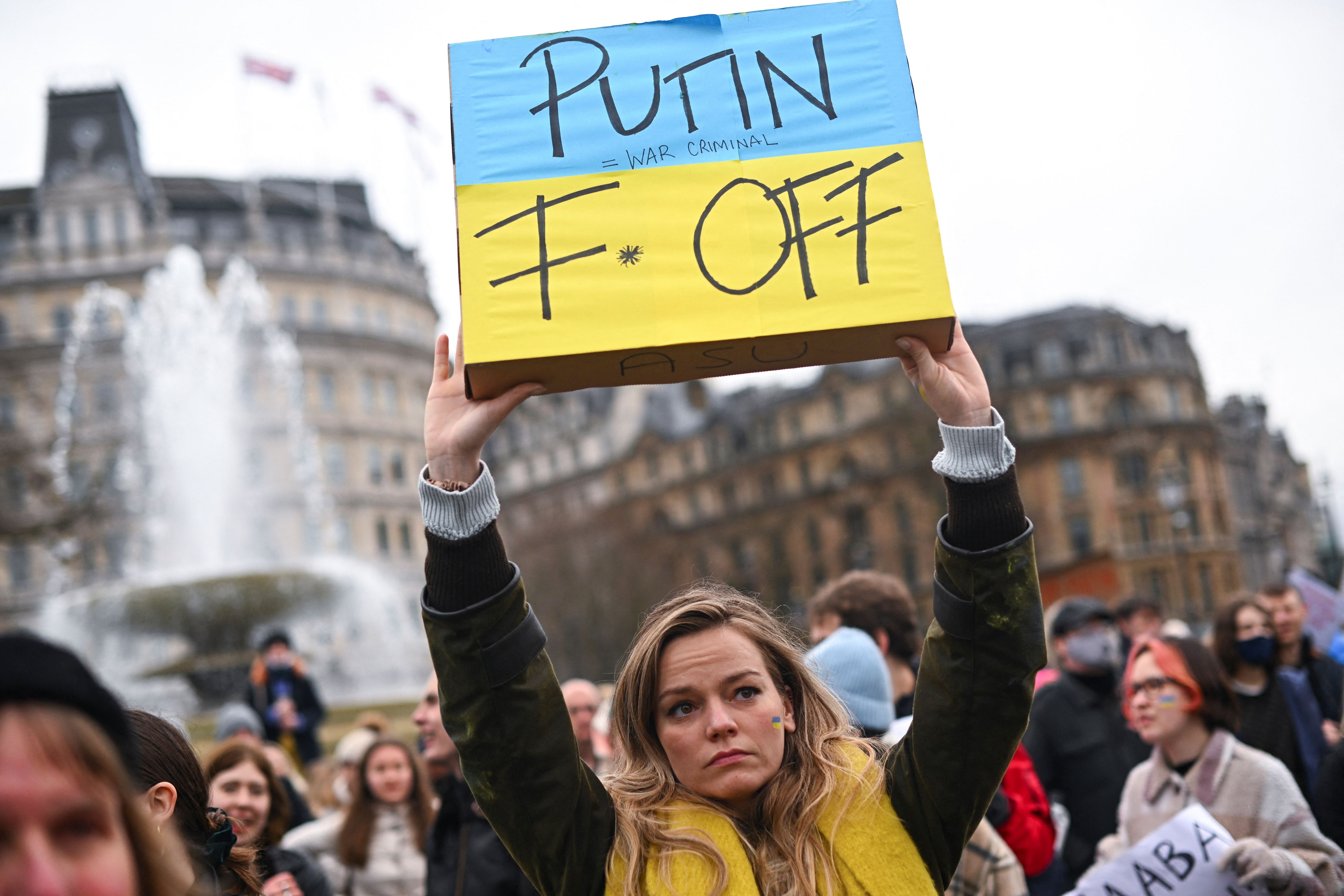 Poland has taken in a total of 756,303 people, according to the UN. Most of them are women and children from all over Ukraine.

According to Polish border guards, the number of refugees who entered that country since February 24 is 787,300 people, according to figures released this Friday.

In Poland, where 1.5 million Ukrainians already lived before the Russian offensive, people organize on social networks to raise money and medicine and also offer free housing, food, work or transport to refugees.

Hungary hosted 157,004 refugees, according to UNHCR.

The country has five border posts with Ukraine and several neighboring cities, such as Zahony, have made public buildings available to accommodate Ukrainians. 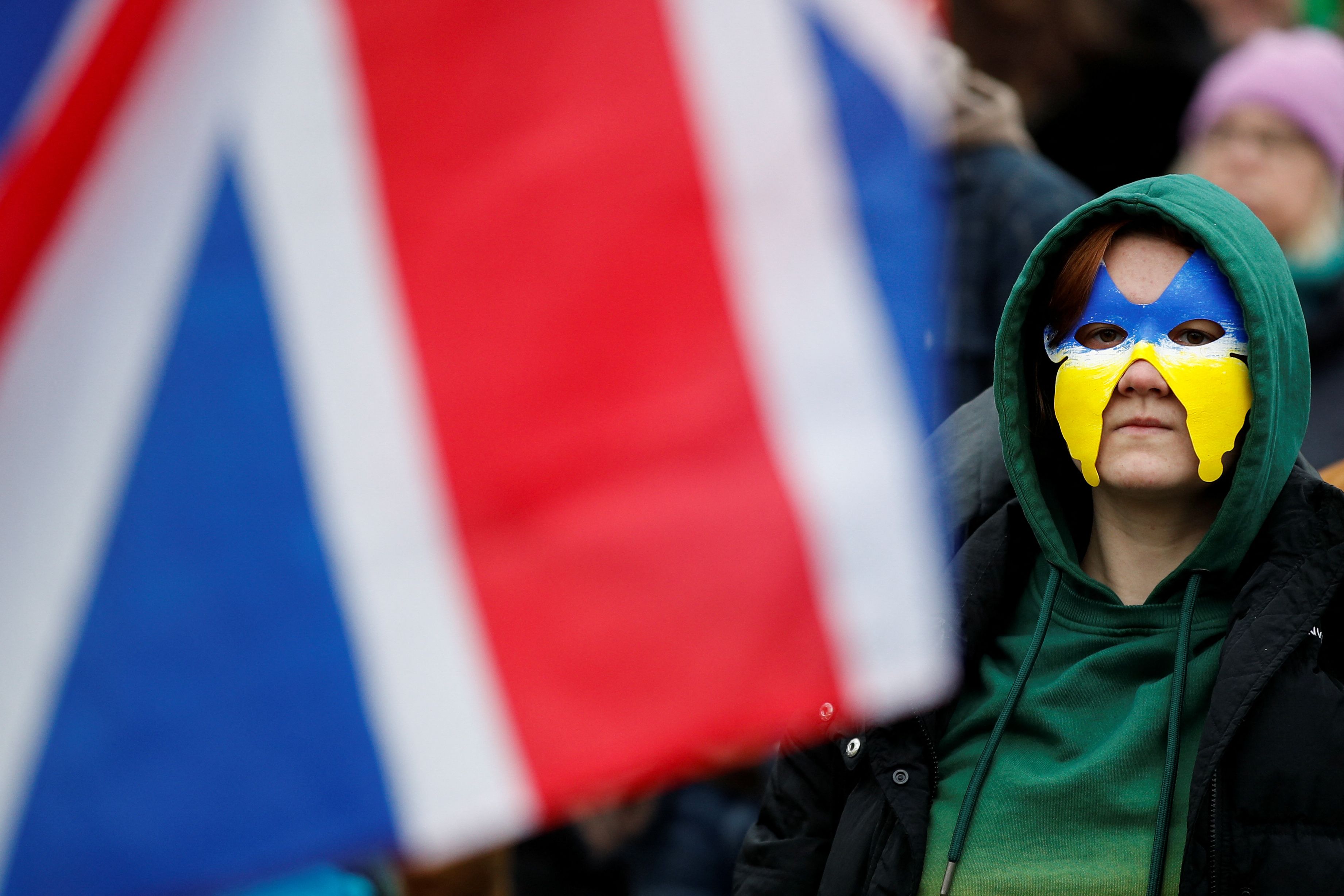 A total of 103,254 refugees arrived in Moldovan territory until Friday, since UNHCR did not update the figures for this country on Saturday.

UNHCR counted some 63,192 refugees from Ukraine.

Two camps have been set up, one in Sighetul and the other in Siret. 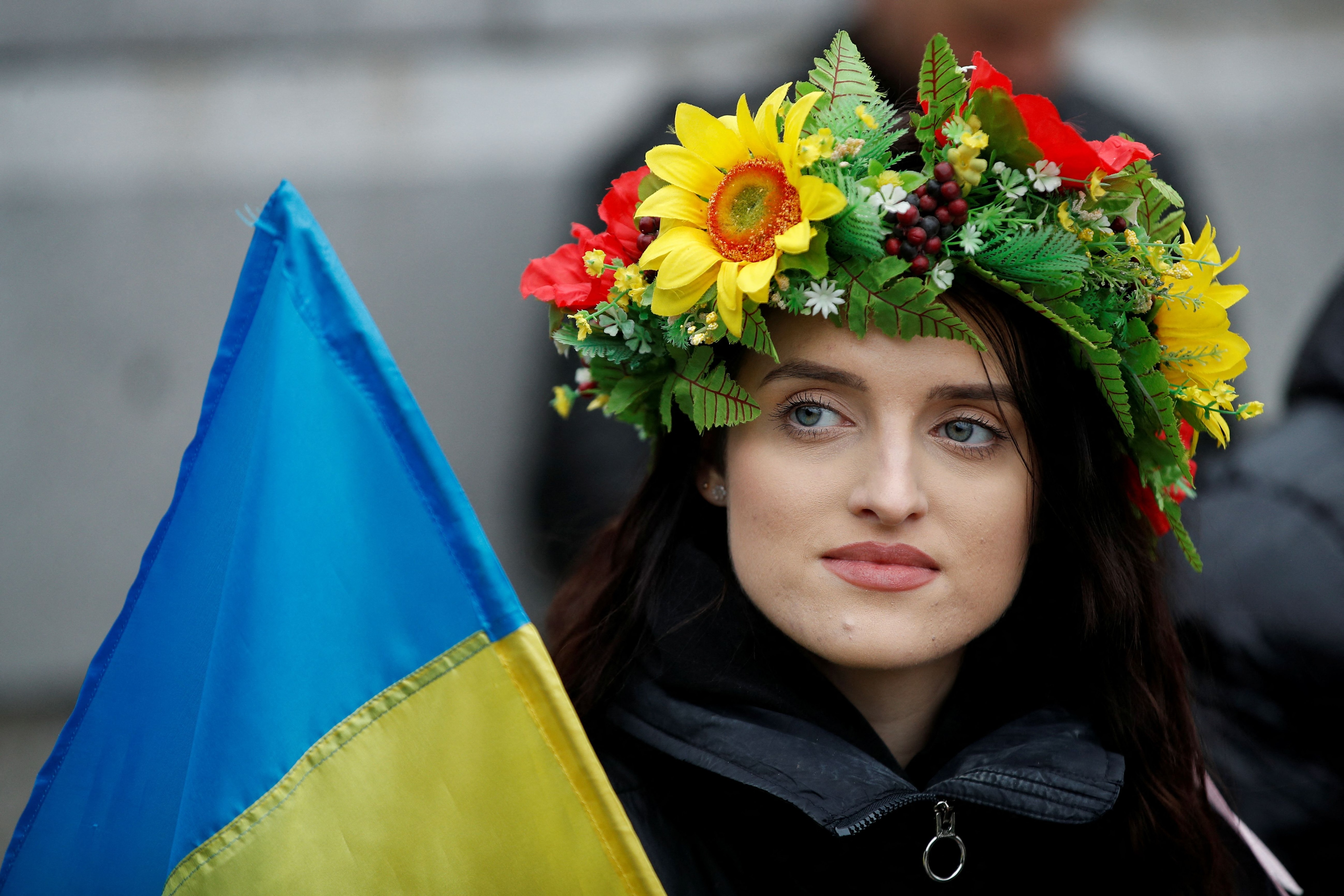 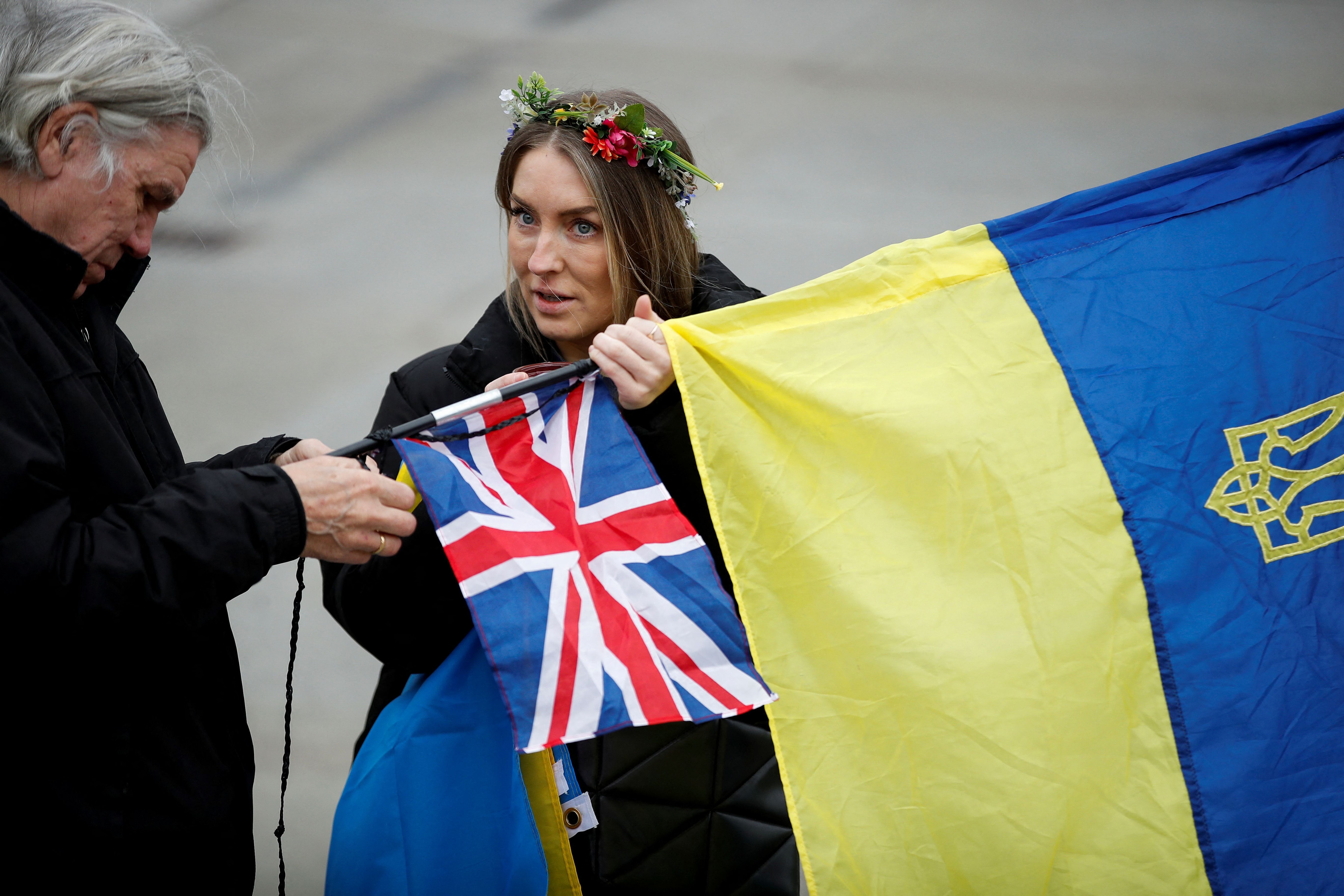 Some 101,529 Ukrainians fled to Slovakia because of the war, according to UNHCR.

The UN agency also specified that 133,876 people took refuge in other European countries, further away from the borders of their country.Photos: Reuters

The shocking moment a Ukrainian missile shoots down a Russian helicopter

Families separated by the Russian invasion: the shocking images of goodbye at train stations