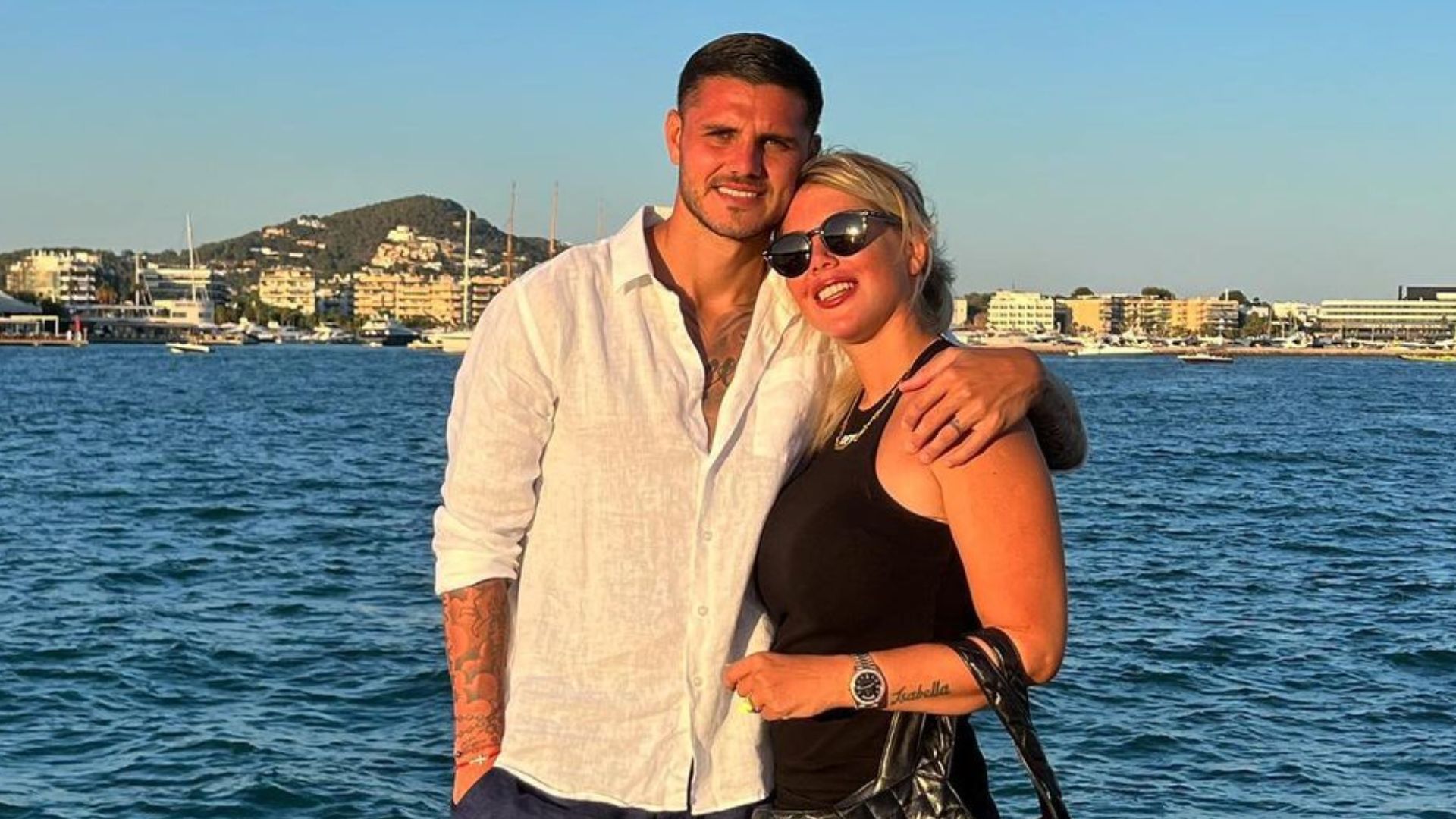 The life of Mauro Icardi suffered a change of direction in recent weeks. After a couple of years at PSG, the arrival of new coach Christophe Galtier caused the Argentine attacker to leave the Parisian team. After several attempts to get rid of Rosario, the Galatasaray he set his eyes on him and signed him up to play the Turkish Super League.

But beyond his soccer present, Icardi was back in the center of the scene after a message he posted Wanda Nara for a few minutes and then deleted on their social networks. The image in question replicated some horoscope predictions for different signs of the zodiac. “How will you end this 2022? Sagittarius: singleit is read in the photo that his sister of Zaira replied.

Faced with rumors of a supposed new separation, the attacker took his account and answered a question about their relationship. “Are you separated from Wanda?”, asked a user. To which Icardi replied: “As I was asked a thousand times already, we are going to clarify it from the outset. NO! We are not separated”was the first thing the player began to write in a story on his Instagram account. 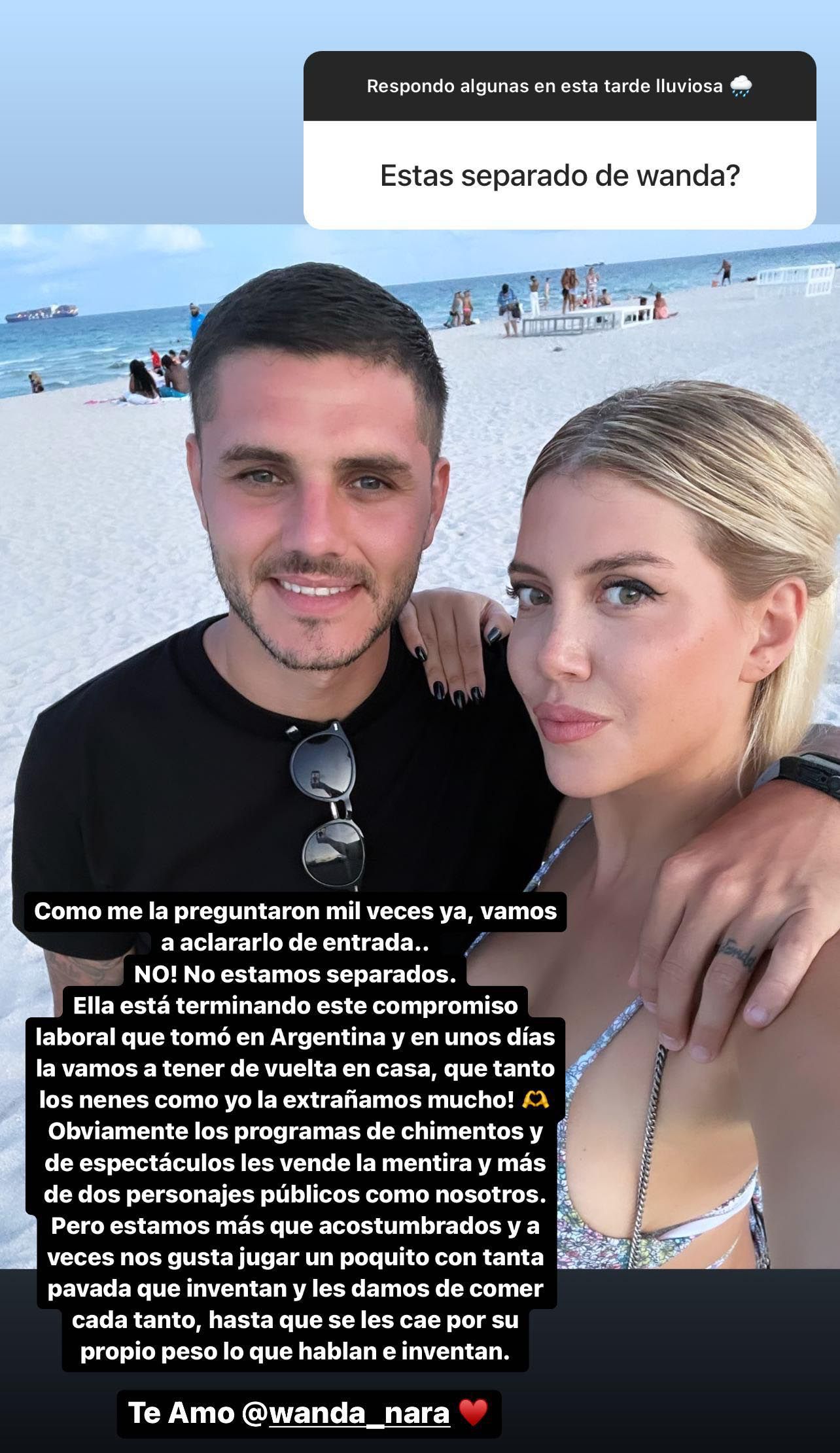 “She is finishing this work commitment that she took in Argentina and in a few days we will have her back home, because both the children and I miss her very much. Obviously her gossip shows and shows sell her lies and more than two public figures like us. But we are more than used to it sometimes we like to play a little with so much nonsense that they invent and we feed them from time to time, until what they talk about and invent falls away by its own weight. I love you, Wanda Nara”, described Icardi.

Immediately afterwards, the former Inter Milan striker answered a query about his renewed desire to be a father again with his wife. “Do you want the man to arrive?”, They Asked. What did the striker reply? “Soon” Wanda wrote and tagged along with a baby emoji. Before posting these responses on his networks, the Galatasaray footballer had uploaded a photo of his wife’s look with an animal print catsuit that he wore on the show Who is the Mask? that Natalia Oreiro drives just at the moment that her partner answered the question about her future singleness. At the same time, Icardi left him a virtual compliment: “My beautiful cheetah.” The next day, she shared a collage of romantic photos and wrote, “The best kisses of my life.”

A week ago, Icardi had his long-awaited debut in Turkish football. He entered the field of play with half an hour to play in place of Bafetimbi Gomis and near the end of the game he forced the winning goal for his team, which beat Konyaspor 2-1 by date 7 of the Super League.