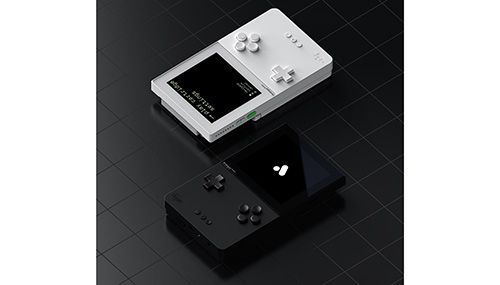 After a long wait by users, the Analogue Pocket already has an exact release date. A trThrough an email the company announced to all the people who pre-ordered the product that shipments will start from December 13 of this yearFor this reason, it is expected that most people will already have it in their hands by the end of the year.

Pocket is shipping on December 13th. An email has been sent out to everyone who has pre-ordered with details on address updating and more: https://t.co/Y5W6Qg7WVP pic.twitter.com/e7rJwhJikz

In just a few years, Analogue has gone from selling luxury versions of some consoles to a giant of retro games, for this reason it presented in 2016 ‘Analogue Pocket’, a portable multiplatform system and a digital audio station, all in one product. On the video game side, presented as a tribute to portable games, is a console will be compatible with Game Boy, Game Boy Color, Game Boy Advance titles; in addition to this, via a series of cartridge adapters sold separately, It will also be able to adapt games from Game Gear, Neo Geo Pocket Color and Atari Lynx.

It should be clarified that this ambitious product will use video game cartridges, therefore, it is not an emulator or anything like that, which gives it an additional nostalgia value. With a 3.5-inch screen and a resolution of 1600×1440 pixels, Pocket will have a resolution ten times higher than the original Game Boy, as an added bonus, the screen will be protected with Gorilla Glass for durability.

Perhaps one of the strongest points of this product is its compatibility with ‘GB Studio’, which will allow you to create your own video games with minimal programming knowledge.

Features beyond the video game

Besides running video games, Pocket will function as both a synthesizer and a sequencer (better known as ‘looper’) designed for creating music. For this function, this console can be connected to various devices such as Mac, PC or other types of hardware or instruments with cables that adapt.

Currently the pocket console will cost $ 200 and is available in black and white. For people who have already pre-ordered their console and for some reason cannot receive it in December, they must send an email to the company to hold their order, which will be sent around January 3. Finally, users will be able to make last minute adjustments to their order before November 28.

How to activate the split screen function on your Android

Spotify has a new original podcast, this time it’s about the former president of Colombia Álvaro Uribe