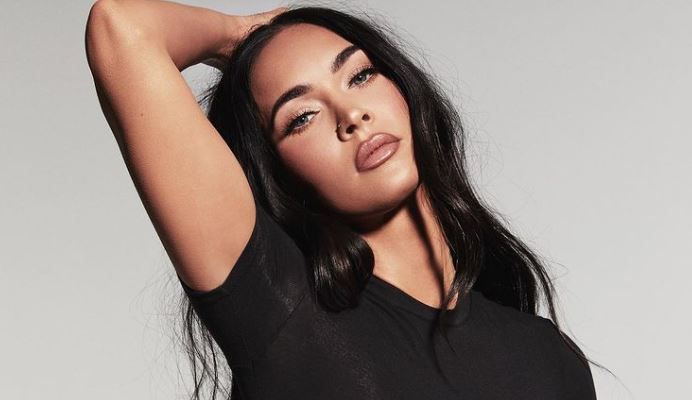 The visits of the artists to Latin American countries are not usually publicized if it is not a public event, even so, the actors are exposed to being captured on camera during their stay, on this occasion, the Mexican Caribbean witnessed the coexistence as a couple of Megan fox and the rapper Machine Gun Kelly.

This November 17, the images were released that showed the actress from Transformers (2007) walking in the streets of Tulum, Quintana RooIn the photographs, she was wearing a pink sundress, black pointed nails and white sandals without heels.

Also, you can see that he is in the company of his partner Machine Gun Kelly, who wore an outfit consisting of shorts, a long-sleeved shirt in phosphorescent tones and a shirt or towel on the back of the neck to avoid heat stroke or sunburn.

They were both getting on a branded red motorbike Italika, which caught the attention of some Internet users, as they are very common vehicles in Mexico. On the other hand, Megan Fox certainly looked nervous because she noticed that her photos were taken.

In his expression it seemed that he was in a hurry to leave before the reporters came to his location to ask him questions, thus ruining the appointment, but also He was seen with a slight smile when he realized the situation.

In their social networks, neither of them published a photograph or story in Mexico and this is why the visit to the heavenly destination could have been intended to keep a low profile.

The photographs of Megan and Machine Gun were quickly spread on various social networks without a clear origin, although the author of the images could be a fan who recognized them in what appears to be a parking lot, since in the background there are more people with motorcycles who look at them in surprise.

For its part, the official account of Italika motorcycles wrote the following: “We found images on the internet with this beauty in #Tulum, enjoying the climate and the roads of Mexico with a certain @Megan fox and a certain @MachineGunKelly. The # FT150GTS He does it again ”.

There is no confirmation from either of the two about the reason for your visit, but Ricardo Salinas Pliego retweeted these photographs and assured that they had gone to a wedding. “@Megan fox came to a wedding in #Tulum and chose the best means of transport to move freely @ItalikaOficial”Can be read in the entrepreneur’s tweet.

Between the comments of both tweets, the fans did not miss the opportunity to make some jokes with the film Transformers 2007. In one of the sequences, Mikaela Banes (Megan Fox) and Sam Witwicky (Shia LaBeouf) they board the autobot Bumblebee before it became a luxury Camaro.

“Man, if she climbed on Bumblebee when she was a fucking Camaro, then she won’t get on your Italika,” wrote one of the netizens. For his part, the driver Capi perez He also commented on one of the tweets and limited himself to writing “Hahahaha what the fuck * n” from his official account.

This couple revealed for GQ magazine that they met at a party, at that meeting they realized their compatibility through a joke, after the rapper approached Megan Fox “as a tall, blonde and ghostly creature,” he told her. that smelled of grass (marijuana) to which she replied “I am grass.”

They made their romance public around 2020, because Megan Fox appeared in one of Machine Gun’s music videos, specifically on the subject Bloody Valentin.

The departure of Eiza Gonzalez and the walk of Megan Fox in New York: celebrities in a click

Kanye West was in Mexico: he visited Oaxaca and was captured at the airport