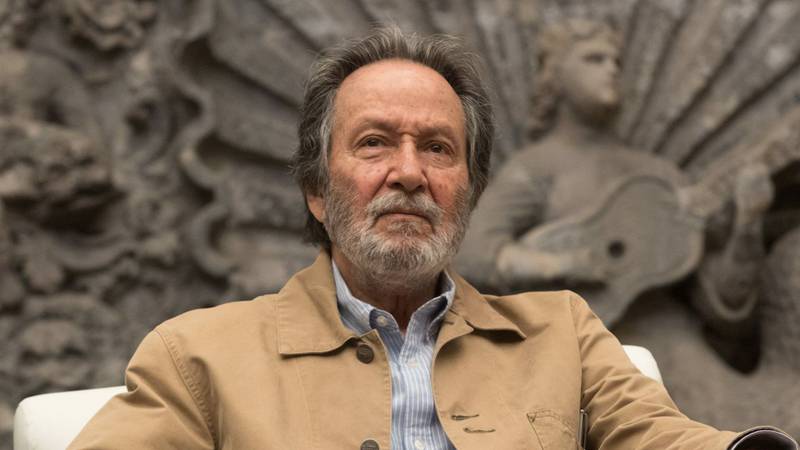 The film director as “The Alley of Miracles” either “Red Dawn”, Jorge Fons, passed away early today at 83 years old.

The Film Academy was the one who confirmed the death of the director who got the prize for best Ibero-American film in the Goya Awards, in 1995, for his work «The alley of miracles.

He was part of the first generation of directors graduated from University Center for Film Studies (CUEC) from UNAM, from which several of the best Mexican filmmakers, among them Alfonso Cuarón who directed «ROMA».

He participated in various groups and plays, both for the radio as for Channel 11 the channel of the National Polytechnic Institute.

After finishing your studies at CUEC, Jorge experienced in the creation of commercials, videos and short films; It was until 1972, when he began as a filmmaker with the film “You, me, us.”

In addition to that Goya award, he won the Silver Bear in Berlin for his film “Los albañiles”.

It was alsopresident of the Academy of Cinematographic Arts and Sciences of Mexico in the 2000s, and awarded the National Prize for Sciences and Arts in the area of ​​Fine Arts.

An important chapter in the history of Mexican cinema closeswith unexpected death by director Jorge Fonswho offered through his cinematographic work, a critical look at contemporary Mexico, legacy left for posterity in films such as “Rojo Dawn” (1989) and “The Attack” (2010).

Fons was born in Tuxpan, Veracruz, on April 23, 1939.but all his childhood was spent in Tlalnepantla, State of Mexico. His first steps in the world of acting he gave them in the student theaterbeing a founding member of the Tlalnepantla Theater (1954 – 1957), between 1962 and 1965 collaborated as assistant to José Luis Ibañez in various montages. He studied acting, directing actors and stage direction with Seki Sano and Enrique Ruelas. (1958-1960).

In 1963 he entered the University Center for Cinematographic Studies UNAM (CUEC), where he studied filmmaking and belonged to the first generation of this career. In 1968 he made his directorial debut with the short filme “The surprise”, the script was written by Gustavo Sainz, later followed by “El Quelite”, the first feature film which he made in 1969.

From then on his work in the seventh art it was constant, with films like “The Puppies” (1971), “Five Thousand Dollar Reward” (1974); in 1973 she directs the short film “Charity«, which to date is considered one of the best works of Mexican cinema; “The Five Wolves of the Forest” (1974) in this documentary the history of the CTM is addressed. Together with Luis Carrión and Vicente Leñero, he wrote the script for the film “The Masons” (1976), in 1980 filmed the documentary “That’s Vietnam”, but without a doubt his masterpieces They are “Red Dawn” (1989) and “The Alley of Miracles” (1995).

In 2010, he made the film “The Attack”, with a script by Vicente Leñero, Fernando León and Jorge Fons, based on the novel “File of the attack”, by Álvaro Uribe, a movie that cost 70 million pesos, making it the most expensive in history of the national cinema, until that moment.

From 1998 to 2002 He was president of the Mexican Academy of Cinematographic Arts and Sciences, coming to put order within this organism that was polarizedto achieve the greatest benefit for its members.