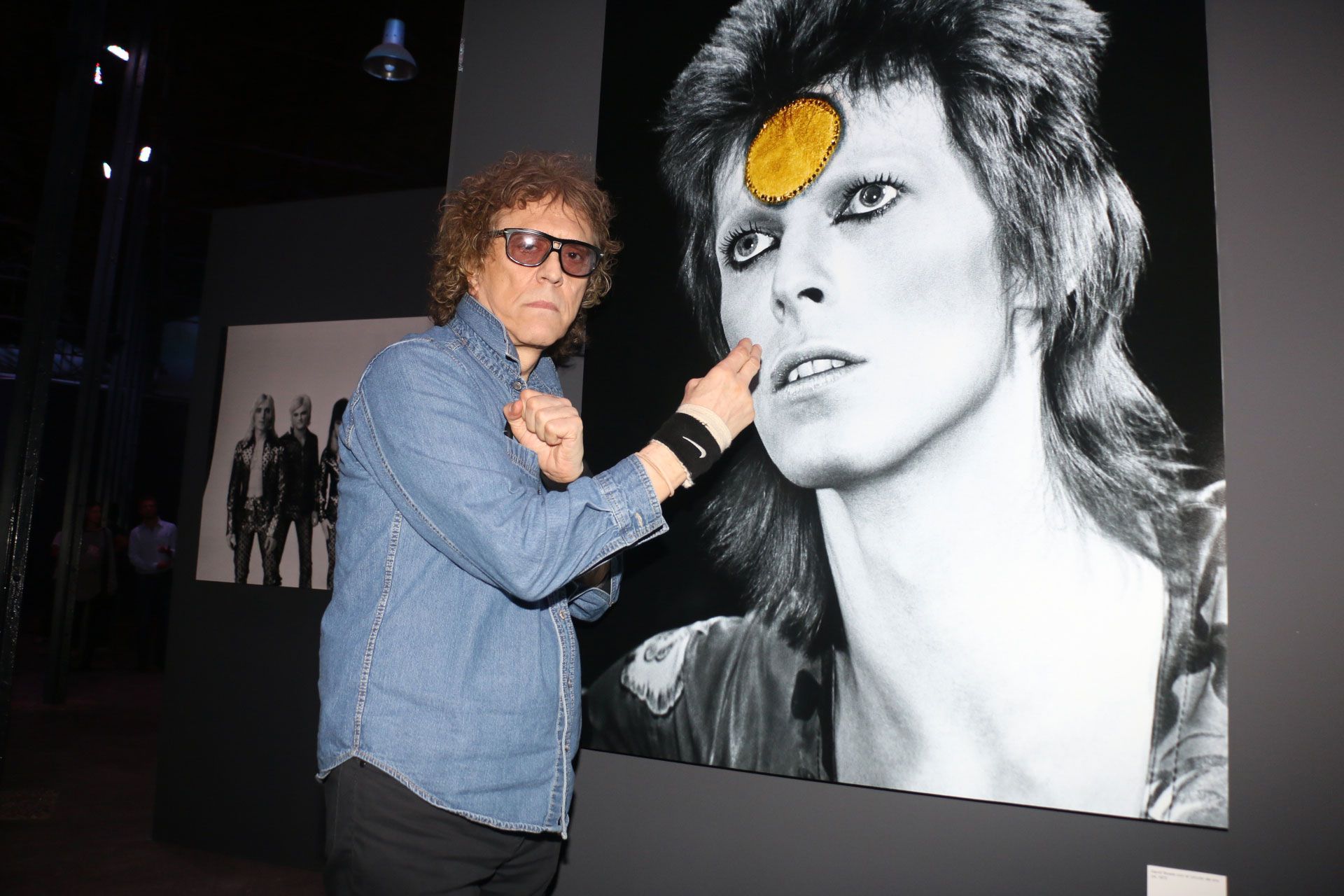 “It is with great regret that we announce that our beloved psychedelic renegade Mick Rock has made the Jungian journey to the other side.”They wrote on their Twitter account, referring to psychoanalyst Carl Jung.

“Those who had the pleasure of living in its orbit know that Mick was much more than ‘the man who photographed the 1970s ′”, as he was popularly known. “He was a poet of photography, a true force of nature that he spent his days doing exactly what he liked, always in his deliciously outrageous way, “they added.

The family did not specify the circumstances of the death of the photographer, Born in London in 1948 and graduated in Medieval and Modern Languages ​​from Cambridge University.

Iconic photographer of the rock scene, was the author of famous portraits of Lou Reed, Iggy Pop, the Sex Pistols and Blondie, and became known in the early 1970s for his early portraits of Bowie.

For almost two years, he was the official photographer for the British singer-songwriter., for whom he made album covers, posters and the videos of Life on Mars and Space oddity. Mick Rock made his first photo production of Bowie in 1972, when he was not yet well known.

Rock also followed the life of the flamboyant and decadent Ziggy Stardust, Bowie’s alter ego between 1972 and 1973, who crossed paths with Lou Reed, Iggy Pop, Roxy Music, and Marianne Faithfull.

Mick’s career continued to soar into the ’70s with unforgettable images like transformer from Lou reed, Raw power from Iggy Pop, The Queen II from What in (Bohemian Rhapsody) and images of the Sex pistols among many other bands.

In 1977, he moved to New York, where he became involved with the underground music scene for the first time; with The Ramones, Talking Heads and Blondie. His works, including The end of the century from The Ramones, they captured the revolutionary spirit of the 1970s.

Recently, Mick Rock had worked with stars like Kate Moss, Michael Stipe, Johnny Marr, Yeah Yeah Yeahs and The Chemical Brothers among many others.

An exhibition on David Bowie will open in Buenos Aires

The photographic exhibition “Queen: the origin of a legend” opens its doors in Mexico